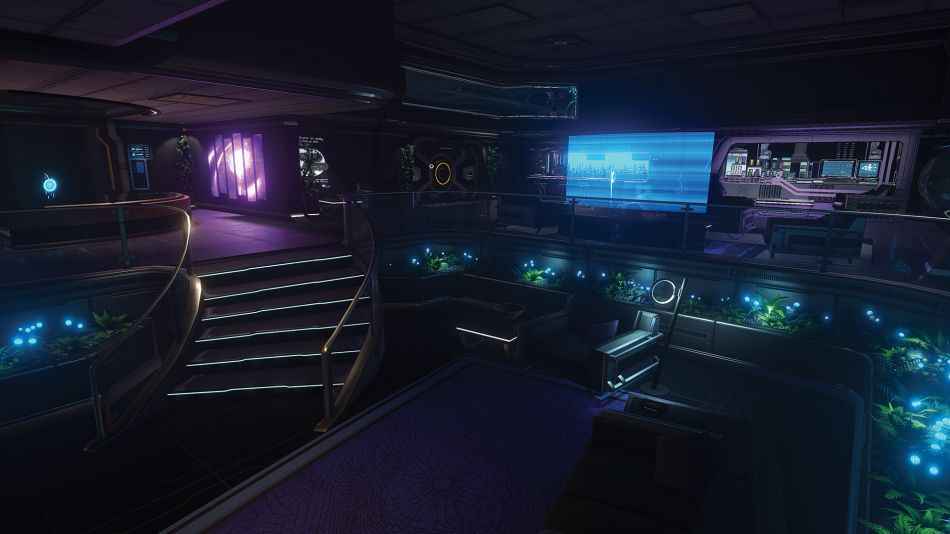 The set up for sci-fi first-person puzzle adventure The Station a rather intriguing one. Not original, sure, but it takes a different tone to most space-based fare.

Unfortunately, this only ensures what follows feels all the more disappointing to experience.

The Station Review For PS4

After the discovery of an alien civilisation, amidst a galactic civil war, humanity sends a team into space to learn more about the visitors from other worlds. Unfortunately, Earth loses contact with the small three-person crew. That’s where you come in. You play a Recon specialist, sent to find out where the crew went and why. Arriving at the titular station, it becomes apparent you’ve got your work cut out for you.

Throughout your exploration of the station, you'll find audio recordings, personal emails, messages, and the like. This information will hopefully help you uncover the mysterious circumstances of the crew’s disappearance. So begins what promises to be a slow-burn, sci-fi horror-tinged story. Promise is all it ends up being though. The Station fumbles its narrative, delivering a remarkably dull tale considering its core plot is about contacting an alien race. The opening of The Station revels in its empty space station setting. The station itself is nicely designed, and is grounded in reality compared to some of the more fantastical sci-fi settings. There’s plenty of evidence of lives lived there, and the game implies a sinister undertone to the crew’s disappearance. There’s a distinct attempt to use horror tropes to rack up tension and intrigue. It’s unfortunately poorly handled, and winds up delivering a conclusion that’s oddly rushed and unsurprisingly unsatisfying, after a clunky, slow build up. The pacing is all over the place, and the game just generally feels like it cannot pick a direction to go in. No, The Station’s story isn’t terrible, just terribly executed, and crucially, uninteresting.

It doesn’t help that the characters you’re supposed to get invested in are insufferable bores who have little to say that matters. Again, really at odds with the idea this is an attempt at contacting an alien race gone awry. Nothing that happens in the brief time you spend uncovering the mystery does much to convince you otherwise. It’s obviously meant to be a human story in an extraordinary situation. You need a reason to truly care about the human side though,or it’s just work emails in space.

For a first-person narrative adventure, having such a poor story and characters should mean a quick and miserable death, but The Station’s puzzles are a saving grace. If only there were more of them.

The puzzles are really quite good when they do appear. They’re not the most taxing, but they do require a bit of thought. The inventiveness of them makes for refreshing breaks from the monotony of the plot. It mostly revolves around pattern memorisation, but there’s a lot of item linking to be done too, and figuring out the how of these puzzles drags The Station upwards. They all utilise the game world in a properly thematic manner too, which is the story’s biggest failing. It all blows over in just over an hour though, which explains a lot of The Station’s narrative problems. A bit more fleshing out of the plot, the characters, and a bump up in the number of puzzles and things might well have improved. With such a short run time, and with relatively little tangible happening within the game world, it’s bemusing to see the game stutter rather too consistently as you move through the corridors of the station.

The Station’s many problems are all things that can be learned from though. While it swings and misses spectacularly with what it tries to do, it isn’t exactly devoid of merit. The clever approach to puzzles bodes well, and the premise for The Station is a genuinely good one. This is a game that feels like the rough draft for something better. Hopefully, that better version will arrive one day and fulfil the promise The Station holds.

A promising premise and some well-executed puzzles aren't enough to save The Station from the dull nature of its story and characters.