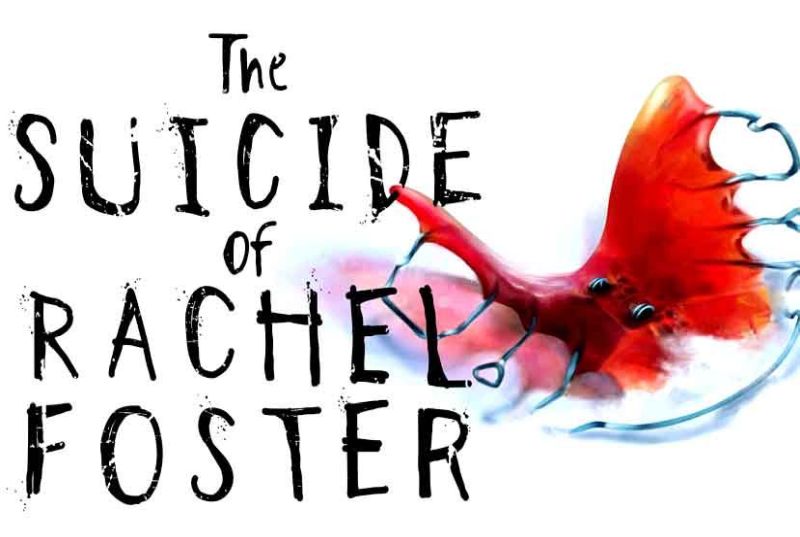 I can’t help but gravitate to a game like The Suicide of Rachel Foster. The combination of subtle storytelling and walking simulator works in a minimalistic way that other genres can’t reach. At the same time, to compete with some of the walking sim’s heavy hitters, new genre entries have to do everything well. With that in mind, does The Suicide of Rachel Foster take a spot among the best of this genre?

The setup and setting to (The Suicide of) Rachel Foster are similar to that from The Shining: main character Nicole Wilson must return to her family’s old hotel in Montana so she can sell it off and be rid of it. As she approaches, the biggest blizzard on record hits. Nicole wants nothing to do with the hotel, with her only intention being to fulfill a legal need for her to assess the property before selling it.

As expected, Nicole gets stranded at the hotel during the blizzard and finds herself investigating a 10-year-old local conspiracy.

The setting is something to behold. This hotel has tons of twists and turns with multiple ways to get anywhere. At the same time, very little gets in the way of your getting where you want to go. The level design offers up something special, and the combination of an old structure suffering the onslaught of a huge blizzard creates a sound palette all its own.

Sounds pop up for things that aren’t there, and it’s hard to not think that something supernatural is around you all the time.

The voice work consists of radio conversations between Nicole and Irving Crawford, a FEMA agent assigned to ensure the safety of the locals in the area. What starts as a tumultuous relationship soon grows into a companionship with the common goal of solving the mystery of the family hotel.

These two actors play off each other well, and they add extra believability to the already-potent environment. They give subtle hints about what needs to be done next, but you can press triangle to see a hint for the next task on the map.

After finishing the game, I spent a fair amount of time deciding if I liked the story or not. Up to a certain point, by about day seven of nine, I was on board completely, willing to do whatever it took to keep the story going. Once the reality of what happened starts to unfold, the handling of these elements starts to show its ill-shaded colors. To Rachel Foster’s credit, some of the encroached points are rarely approached in gaming.

From start to finish, Rachel Foster took about three hours for me to complete. Of that time, the last 40 minutes were when I started falling out of interest. Even though I never want to discuss spoilers, my issues with Rachel Foster are hard to detail without doing so spoiling at least a couple of things. I won’t give away everything, because a great deal still occurs outside of my description.

The title itself is clever because it goes along with the conspiracy of the hotel. What’s not public knowledge is what actually happened to Rachel Foster. Much like a lot of the game, the inspirations come from predictable places. You soon learn that Nicole’s father, Leonard, isn’t entirely a bad man, but he’s far from honorable or respectable from his actions.

Being attracted to someone isn’t something that people can always control, but the results of that attraction are; I won’t go much farther than that, but Leonard proves his historical inability to control his actions.

From there is where I fall off. As the story nears the end, characters begin giving up on life in a way that feels more ritualistic rather than organic. On a personal note, as someone who has had issues with suicide in my past, I couldn’t help but feel triggered for the sake of being triggered. What were opportunities to be an endearing ending turned into a throwaway one, a throwaway strong enough to discredit all the good things done in the first half of the game.

The long and short of The Suicide of Rachel Foster is that it attempts to handle some taboos, but the ideas behind those attempts don’t make it to the finish line. An immersive environment with stellar voice work can’t save it from an ending unworthy of the initial investment. What frustrates me is that one or two changes in decisions, especially in the final scene, would have made a world of difference.

However, in minimalist work, every choice plays to the whole, and Rachel Foster didn’t receive the care it deserved.

The Suicide of Rachel Foster is out now on PlayStation 4

The Suicide of Rachel Foster offers up some wonderful environmental storytelling, creating palpable tension. Once everything starts to come together however, the game itself starts to fall apart. What could have been good ideas fall into thoughtless choices, and the strengths of the game as a whole are wasted on the finale. Outside of the gimmicky triggering ending, this game had the potential for something interesting.

The Suicide Of Rachel Foster