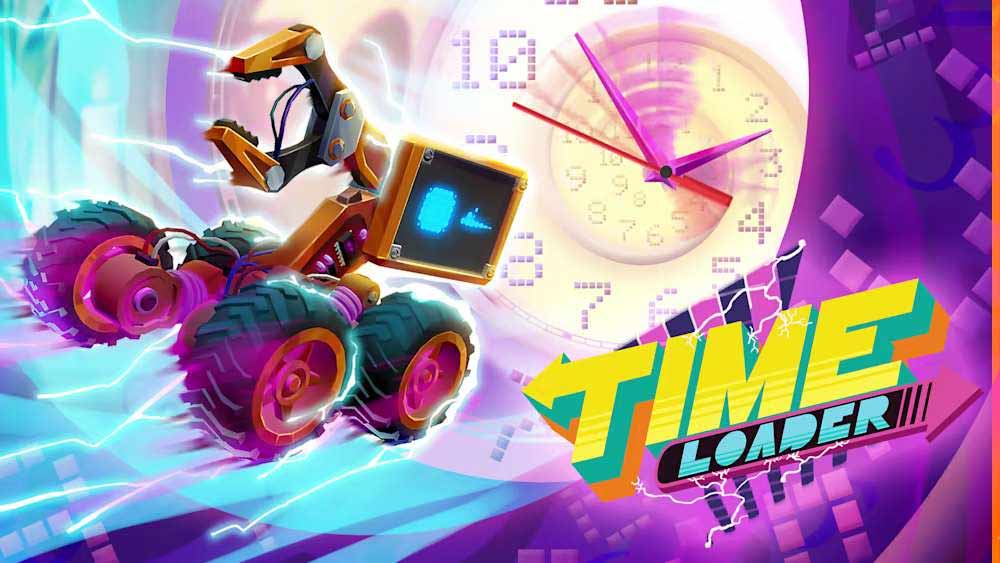 Time Loader PS4 Review Like beaches, attention spans are getting shorter every year. The average gamer under the age of 18 has trouble concentrating for longer than six seconds before they are distracted by thoughts of chicken nuggets, the sound of a Tik-Tok notification or an approaching tidal wave. Game developers have cottoned on to this and are now producing games so short that it’s possible to finish three of them in the time that it takes for an obese plumber to evacuate their bowels.

The premise is this: a disabled scientist has managed to create a time machine, just big enough to transport a toy robot back to 1995 to the day he fell from his tree house and became paralysed. The short filmic introduction perfectly sets up your mission which is to guide your robot around the boy’s home and remove all sources of danger to prevent the tragic accident from happening in the first place.

Using the left stick to move left and right across the 2D environment, you can also grab objects with a press of R2 and throw them (if need be) using the right stick to aim and R1 to throw. There are also plenty of obstacles to drag to allow you to climb to unreachable levels, and swinging on household fixtures soon becomes a regular skill. Pressing Cross allows you to jump small distances, with a boost available later in the game. Other than that, highlighted switches can be toggled with Square which turn household items on and off in order to activate other elements within the same room scene. 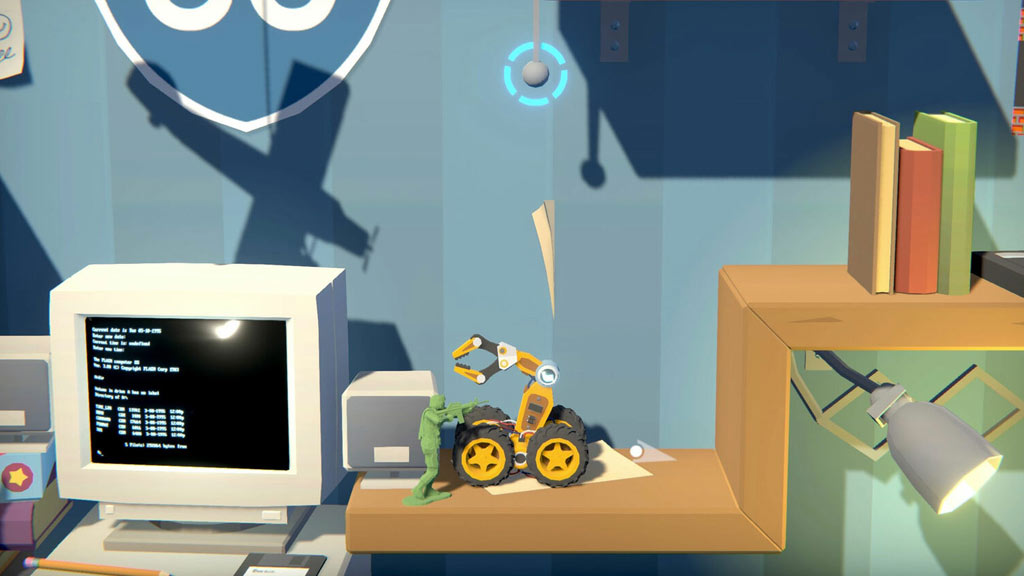 Van About The House

Other items such as letters, photos and videos relating to the young scientist’s aspirations are scattered around the house, and are often very poignant in how the often tragic story plays out. The emotional elements of the story are very well judged and give a fine but otherwise unremarkable physics-based platformer a large dose of depth, compelling you to find out how the story plays out. Along with the scattered memorabilia, there are hidden areas and items with special symbols on them which can be collected in exchange for a trophy, adding replay value for completists.

A handy map of the house becomes available quite soon into the mission, and it’s not long before you’re being sent around the house looking for the toy car which caused the boy to slip, and subsequently other dangers which present themselves to the young scientist once the primary source of the accident has been eliminated. The twist after Act 1 is particularly affecting, and elevates a game which could appeal to younger players into more adult territory. 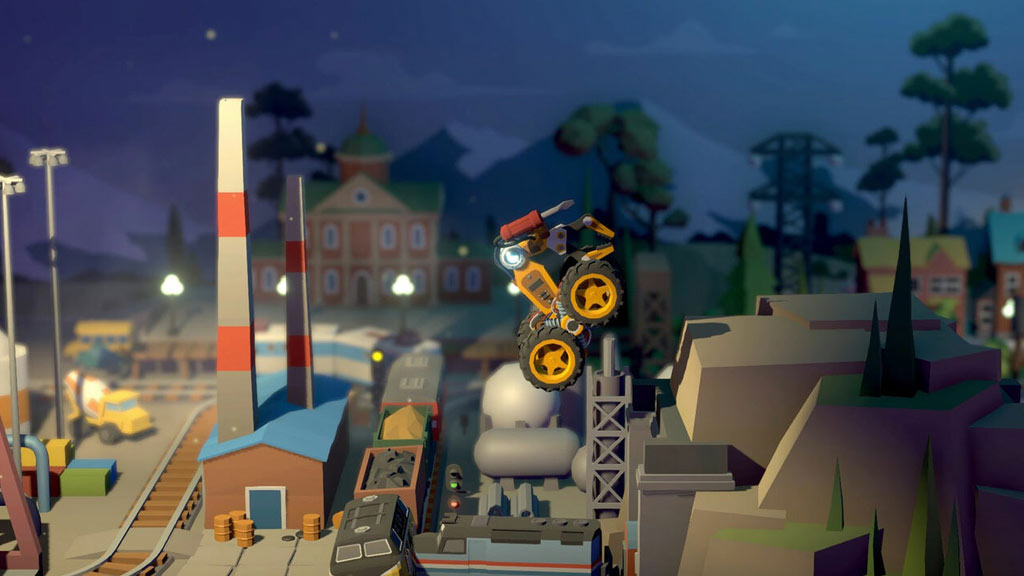 Each room of the house needs to be ‘solved’ in turn and a handy pointer indicates which direction you should be heading so that you can traverse the constant household obstacles to get to the target object. Your toy robot has superb grip, flexibility and suspension and is meticulously animated in a highly realistic way which makes the whole experience incredibly satisfying. Alongside the crisp visuals and subtle lighting, the voice work is good and evokes enough emotion to underpin the increasingly complex and tragic story without being mawkish or overly dramatic. I was often reminded of Short Circuit (1986) with a hint of Toy Story (1995) which is no bad thing at all.

The signposting employed by the game is generally subtle enough to make solving the puzzles enjoyable without too much frustration, although there are a few which border on being a tad obtuse. Fortunately there aren’t too many options so a process of elimination usually sorts out those puzzles which evade logic. In fact the drip feed of variety in how the puzzles are presented as you progress through the story is perfectly paced and the Mousetrap-style set-ups are incredibly ingenious and pleasing.

For some it will prove to be too easy, but I always found the level of challenge enjoyable and the developers have judiciously used a limited set of locations in such a way that you never feel like you’re backtracking or repeating yourself. Your robot has plenty of character and it’s hard not to feel a bond with this sweet little guy who has the responsibility for his creator’s past and future. 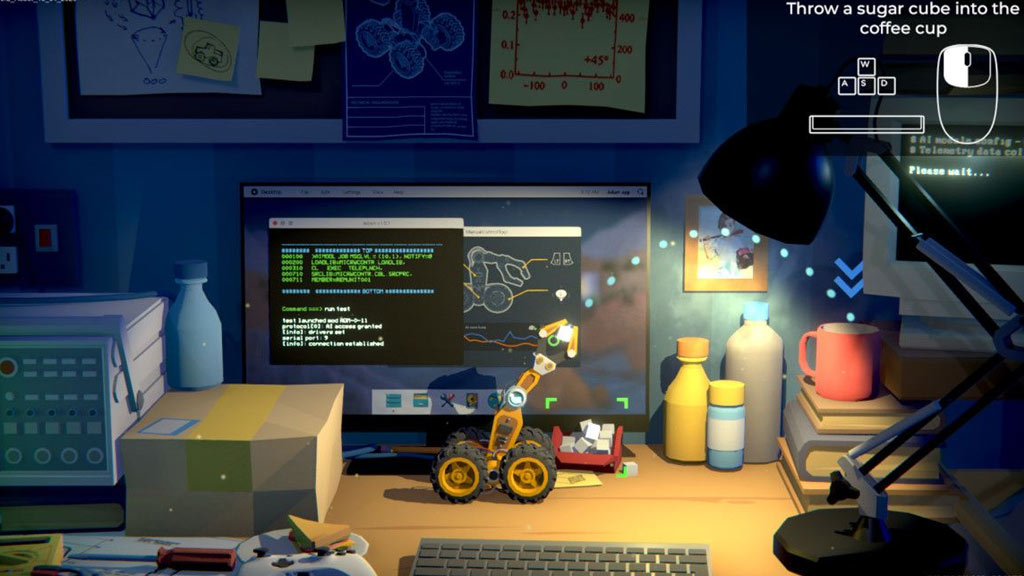 I Robot, You Jane

Time Loader does an excellent job of blending the platform and puzzle elements at a relaxing pace, with a strong sense of playful exploration to boot. Although the story is perhaps a little too adult for younger children, there’s nothing here which will disturb them and most likely the implications of how future lives are impacted by accidental time-travel mistakes will wash over them. The three different endings offer replay value along with the collectibles which boost your trophy collection.

Playing as a toy robot is a joy, and the contortions and bends imposed on your yellow companion by the excellent physics only enhances the simple pleasure of pottering around a 1995 house trying to prevent future catastrophes from hurting your creator. In fact I’d be more than pleased if I find out a sequel is on the cards where your robot guy is tasked with going back in time to prevent the birth of various politicians before they wreak havoc on the world but I’m not going to hold my breath for Slime Exploder (sorry).

Time Loader is available now on PS4 and PS5

A highly original puzzle-platformer from Lithuanian developers Flazm which combines an emotional time-travelling storyline with some intricate and very relaxing exploration filled with highly ingenious level design. Another indie gem which offers a very memorable and loveable gaming experience.