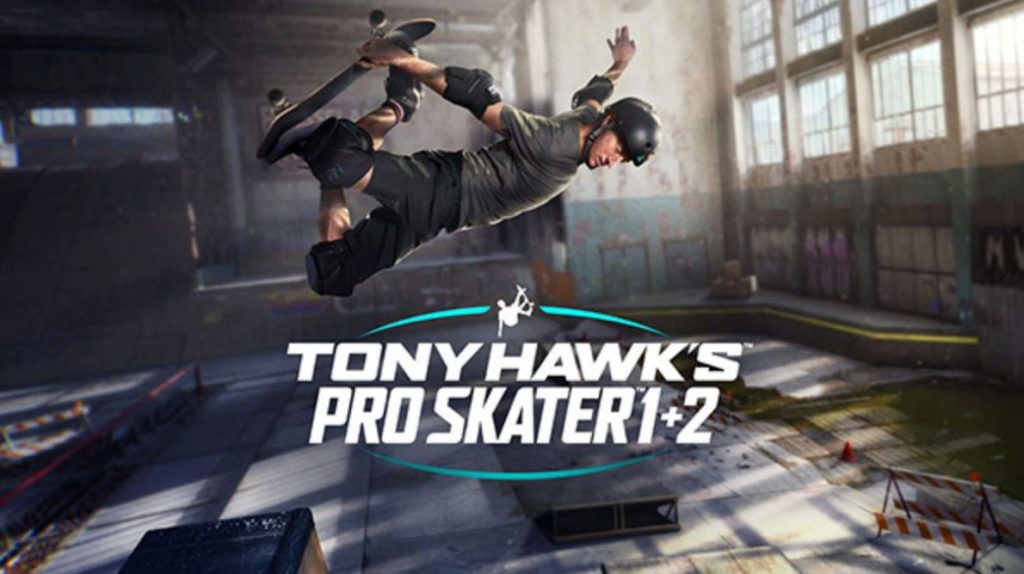 Tony Hawk’s Pro Skater 1 + 2 PS4 Review – I am so, so relieved. After a few years of yucky, dull and let’s be honest, lacklustre skating games we have finally been blessed. This brilliant remake of the first two Tony Hawk’s games has come to the rescue, like a kickflipping beacon that warms my old nostalgic heart. I am like a pig rolling around in the brown stuff at the moment if you know what I mean? This bundle of anarchic joy more than makes up for Tony Hawk 5 and Skater XL, which were, let’s be honest, tosh in comparison.

More Than Just A Re-Release

The Tony Hawk games, especially the earlier ones mean so much to me. I was a massive skater as a kid and to be able to carry on the joy I got from the sport, on my PlayStation, whenever I wanted was amazing. It was these games that made skating cool, introduced the sport to many of my childhood friends and created some everlasting friendships. We skated in the day and played Tony Hawk at night. Pure childhood joy. I don’t know if you know but Tony Hawk’s Pro Skater 2 is still the highest-rated PlayStation game on Metacritic, with a massive score of 98.

What I like about this release, I mean, what I really, really like is that it is no mere re-release. A lot of care has been taken to retain the fun, chaos, and sheer joy of the originals. Then, they have not only been given a fresh coat of paint but a more modern objective structure to go with it. This is great for long time fans, we would have burned through these games with ease if it was not for a new levelling system, advanced challenges and a few more goals thrown into the mix.

What I loved about Tony Hawk, and what remains in these remasters, is that the games are not about skating. Each level is a puzzle that needs solving, there are collectables, quests, letters to collect and a massive myriad of weird challenges to do. Of course, a few scoring and combo challenges are interspersed between these weird and wonderful quests for you to master. Your task is to link together these weird tasks, score loads of points and create chaos while exploring these well designed urban landscapes.

You Can’t Beat The Classics

How did recent skateboarding games get it so wrong? Apart from the OlliOlli series, which was great, skateboarding games have lost their way in recent years. This collection shows that all you need is a kicking soundtrack (more on that later), some well-designed playgrounds to cause chaos, and clever objectives to make an enjoyable skateboarding game. It’s not a magical formula, it’s not a secret, just keep it fun, addictive and rewarding. I know these games are a bit far-fetched, I know they are a bit unrealistic but I am happy to forgo that for pure, wondrous enjoyment.

The thing with Tony Hawk is that they are easy to play. They are, even my kids can function well enough to get through most stages. Where the hook lies is taking it up to that next level where your fingers, reflexes, and combos start to take on a life of their own and you transcend into some sort of skating god. When I first started this review I was very rusty. I was all over the shop, bailing left right and centre. I knew though, the years of playing in my youth would eventually win out and boy they did!

Things started flowing back, muscle memory took over and I was once again king of the hill. I was in a position now where I could win the scoring challenges without leaving the spot by just performing manuals, specials, flipping my board and scoring massive combos. Just like my mate Rodney Mullen, who I am glad is still in the game. He is an absolute skating legend. I could even remember where some of the objectives were, where some of the hidden videotapes were located, and how to reach some of the hidden areas. It’s brilliant stuff that brought back so many happy memories.

Dragging Tony Into The Modern Era

This whole package for Tony Hawk’s Pro Skater 1 + 2 is nearly flawless. There’s a course creator, where the community all band together to create new levels to thrash up. There are multiplayer modes, both local and online, which I had a quick foray into and enjoyed immensely. It’s like the developer took everything from the original games and added more: more music, more skaters, more objectives, but kept the core of what made the games so fantastic.

On a graphical level, as expected, everything has been dragged into the modern era. A better resolution, improved models, and better textures have all been added. It all looks beautiful, especially if you have a look back at the originals. Everything has been redone, repainted, and the game is a lot better for it. I mean Tony Hawk is not about jazzy graphics but it certainly does help. There have been some modern tweaks as well, like your character becoming pixelated and seemingly glitching back into the game when you bail, which I liked. Things like this along with a better physics model makes everything look and feel bang up to date.

Soundwise, this game is absolutely phenomenal. Most of the soundtrack from my youth remains and a few new additions are thrown into the mix. The songs sound clearer and more satisfying. I am so glad that most of the songs made the cut. They added to the nostalgia as I played and some tracks, especially from the first game, will stick with me forever. They go hand in hand with the anarchic style of the game, it has a punk feel to it as you break stuff and skate over police cars to thrashy guitar songs of the 90s’. It always made me feel a bit rebellious and it is all part of the games’ everlasting charm.

Well, I don’t know if you noticed, but I adored this game. It has everything I know and love about early Tony Hawk’s games but with modern bells and whistles. It gives you a reason to carry on playing well after you have completed each stage with its new levelling and objective-based systems. The multiplayer is solid, the course creator is functional, it has new skaters and music thrown in. It includes better visuals, improved sound, and a better physics system. What more could you want?

I cannot believe I am saying this but an amazing game has been improved and I am ecstatic about it. If a new Tony Hawk is being worked on, take note, and don’t balls it up again, please. Follow these two games simple formula and you will not go far wrong. I am so glad this turned out the way it did. I will be playing this package far into the future to get that elusive platinum. It will be nice for a new generation of kids to find out what made these games so special back in the day. With my hand on my heart, I can say this is one of the best skateboarding games ever made.

Chaotic, fun, addictive, and rewarding. Tony Hawk's Pro Skater 1 + 2 retains everything that made the games amazing in the '90s. It then adds a coat of fresh paint, better physics, and a more modern progression system to keep you playing after completing the classic objectives. This is an amazing package of games that will please old fans and new fans alike and I am so happy it turned out so well.