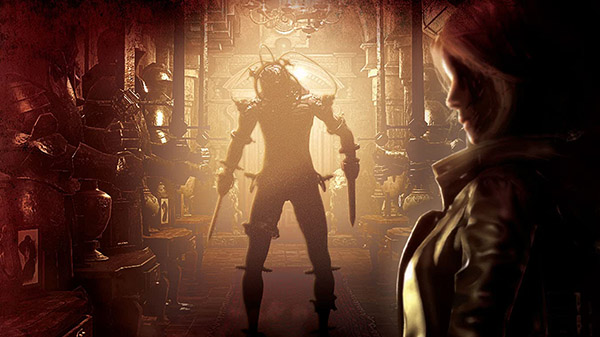 Tormented Souls PS5 Review – It might just be circumstantial, but the sudden surge of horror games after the PS5 release has me chomping at the bit. Joining the fray is Dual Effect and Abstract Digital‘s Tormented Souls, a title promising to be an affectionate likeness to the beloved horror titles that began on the original PlayStation.

As mentioned in pre-release material, Tormented Souls is basically a love letter to the classic survival horror genre, right down to the emphasis on puzzle solving, exploration, and fixed camera angles. If you’re a fan of Resident Evil or Silent Hill, you should have an idea of what to expect.

Having said that, it’s very much the definition of a flawed experience, encapsulating not only everything old-school survival horror did well, but also the areas where the genre missed the mark.

Tormented Souls opens rather abruptly but with a simple premise: You play as Caroline Walker, and a mysterious letter compels you to investigate the Wildberger Hospital. Not 30 seconds after entering the front door, you get whacked on the head and black out. After an undisclosed time, you wake up naked in a bathtub with a large tube down your throat. After getting dressed, you take to the facility, looking for answers to why you came here in the first place and who dropped you in the tub.

Like its inspirations, Tormented Souls features a fixed perspective camera, jumping between angles as you move through the maps. Visually, this works to good effect, but it mechanically lacks full refinement. Often I move in a direction as the camera angle changes, and a minute adjustment to the joystick position jumps Caroline back into the previous frame.

Tormented Souls offers locked directional movement with camera changes, but the sensitivity of the joystick often counteracts this movement.

The least visually cohesive part of the game is Caroline. While the rest of the game, even most of the enemies, approach a realistic look, Caroline shares the visual refinement of a generic PS3 protagonist. Her costume is all well and good, though more in line with fan service, but the actual graphic fidelity put into her character model lacks the same polish put into the rest of the game. She’s presented more like an NPC than a main character. 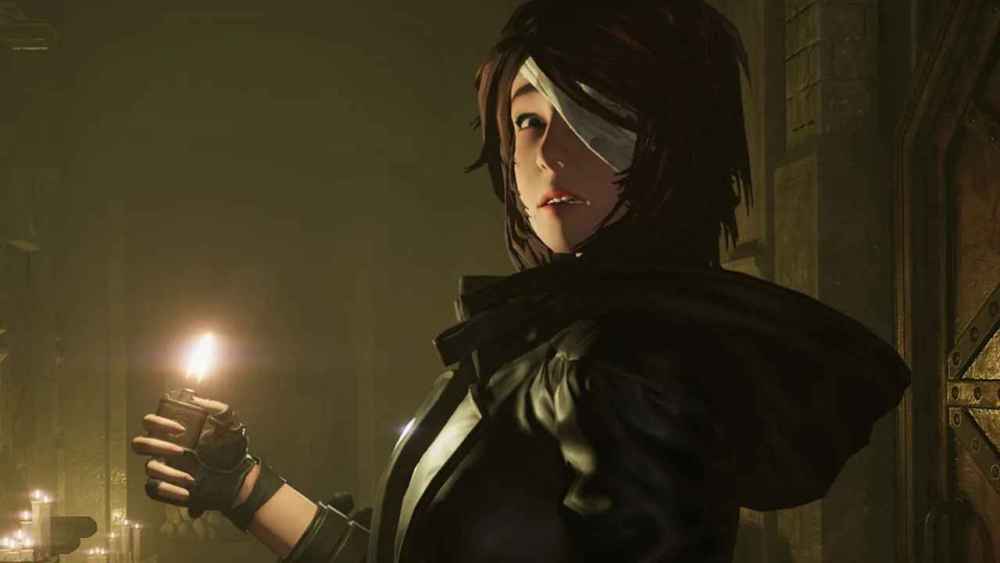 From the very beginning, the voice work slaps you in the face. Many of the lines come across like the team used the first take and committed to it. I believe the actors could do well enough if given the time to develop a bit, but they receive no such attention.

The enemies also leave something to be desired. In general, they look like dried-up humans but simply placed in different situations, such as those who shuffle along the floor legless or hang from the wall by their skin. A few hits from one of them yields the game over screen, but they lack the kind of intelligence to prove much of a challenge. The only fight of merit is the final boss, but even that isn’t particularly memorable. 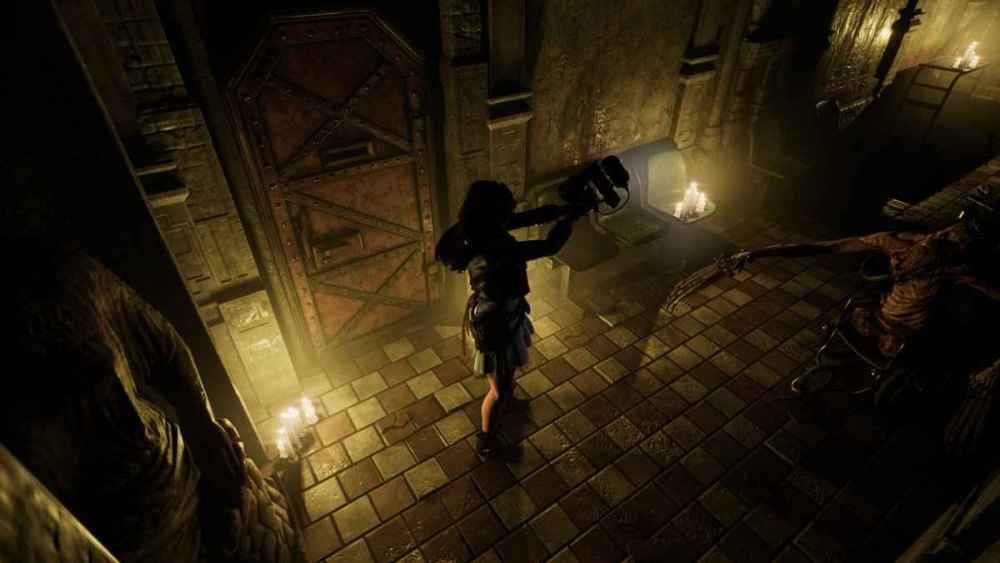 When it comes to games like this, I naturally start ignoring enemies on my second playthrough just because I can predict what they’ll do next. This happened to me with the classic Resident Evil games, and indeed this was the case with Tormented Souls.

With that in mind, Tormented Souls offers minimal horror. The world itself establishes a setting worthy of any classic horror title, but it lacks the execution to maximize the horror potential within its environment. To make this wasted potential even more disappointing, this game features phenomenal lighting, especially when holding a light in the dark.

On that note, darkness in this game kills you if you spend too much time in it at once. Considering you always have a lighter that never runs out, you will likely never have to worry about this threat. When you fight enemies in the dark, enough light is placed in the area to keep you alive. This is a cool idea that sadly didn’t get enough time to shine.

The development team behind Tormented Souls put all of their eggs in the puzzle-solving basket for this game, and it shows. While much of the experience feels like a rushed afterthought, the heart and soul of it lies in exploration and making your way through the building. Each area looks dilapidated in its own way, but they all look like they were once occupied. 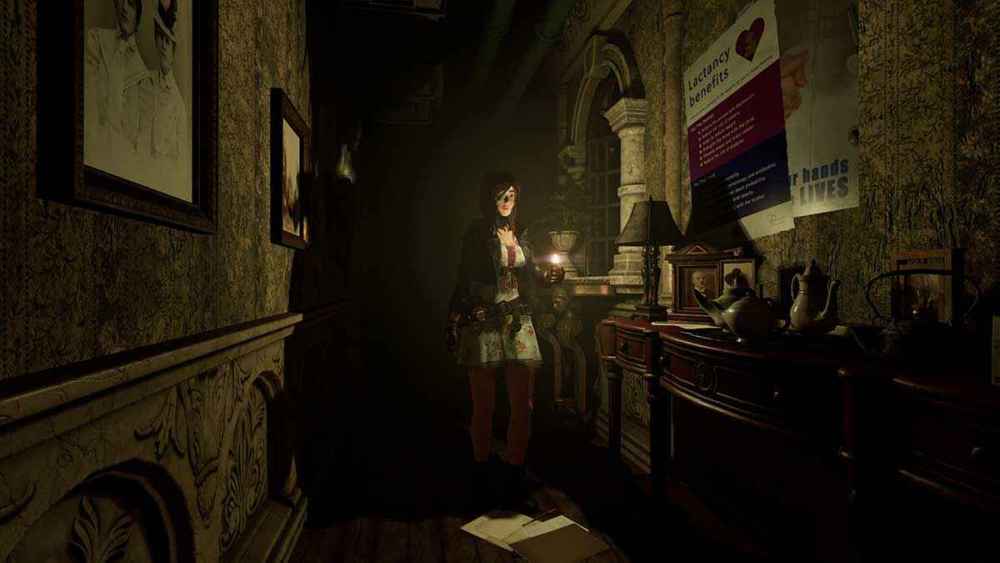 New areas always surprised me, even if they ended up not having any enemies in them. In fact, the core fun of the game lies in running around the map searching for objects to get you into the next area. Progression feels good on this front as well, with the occasional backtracking that slows your pace a bit. Honestly, I wish the game offered a mode without enemies so I could dedicate my time to exploring instead.

Speaking of which, exploration is not as cut and dry as finding things and plugging them into where they fit, either. At specific points, you must enter a mirror to explore an almost-mirror image of the area you know. This dimension plays to that Silent Hill Otherworld vibe, where everything decays into rust.

A lot of thought went into this aspect of the game because the things you interact with in one dimension affect the other. For instance, early on you put together a plastic heart that goes into a toy baby. As a result, you can interact with a corpse in the same place in the other dimension because the cadaver now has a heart. 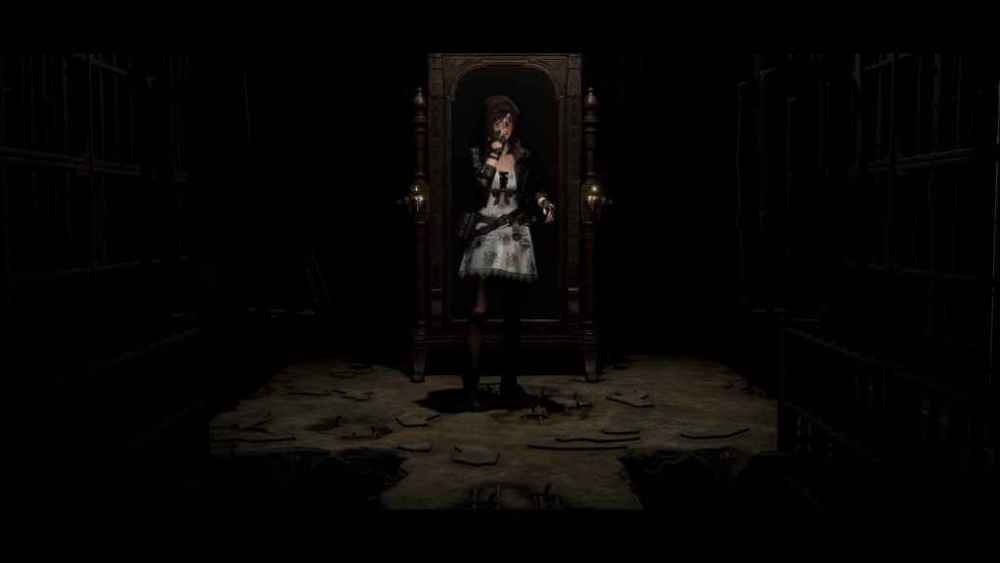 This mirror manipulation only pops up for a short time at different narrative points. This mechanic added a lot more depth to the proceedings, and thanks to it not overstaying its welcome, I really wanted to see it implemented more.

Tormented Souls does a lot of things right that many other developers have attempted to do. Putting the puzzle solving and exploration elements together makes this a game worth playing. Despite that, awful voice work, mediocre enemies, and lackadaisical horror turn this game into a romp intended only for hardcore horror fans.

Tormented Souls creates an environment that's a blast to explore, and the puzzles it provides help to enhance the engagement the locations provide. However, too many shortcomings get in the way of what could be a solid nod to classics horror games. A handful of bad things can be ignored, but having voice work, enemy integrity, and an underdeveloped main character are too much to overlook. There's an appeal here, but it lacks refinement.