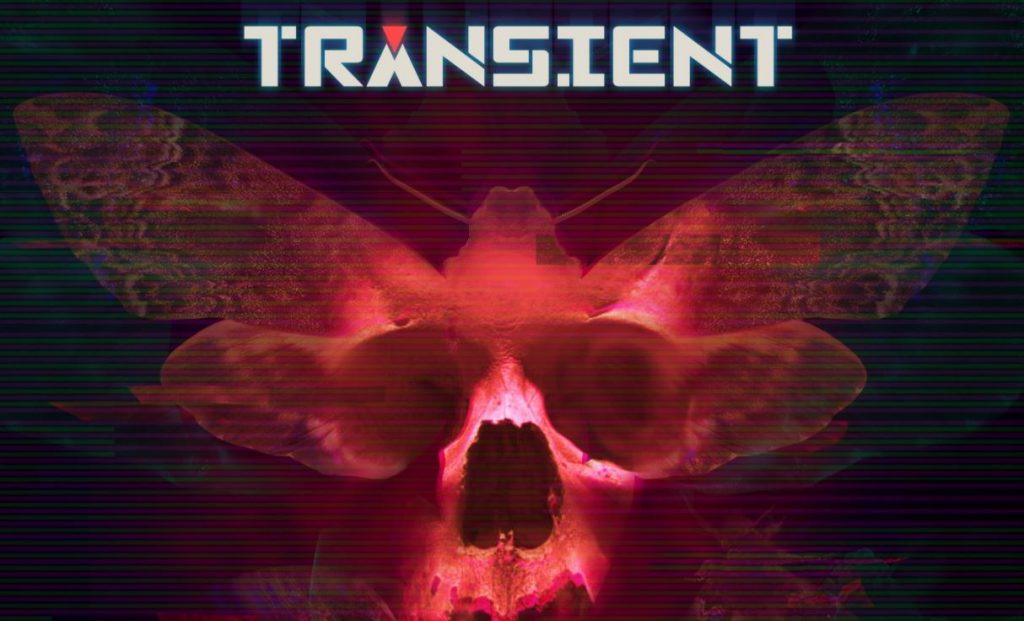 Transient PS4 Review – Transient combines two much-beloved worlds to tell a haunting story set against a dystopian background. Though I give Iceberg Interactive credit for the effort, Transient doesn’t live up to the potential it sets out for. The biggest culprit is its convoluted story.

A Story With Bigger Ideas Then Substance

It’s hard to describe the game’s story because I still don’t quite understand what’s going on after finishing it twice. You take control of Randolph Carter, who is transported to what I understand into his mind, where he emerges on an alien planet.

After traversing this alien planet, he awakes in his apartment only to discover that he’s getting messages from his dead friends and sets off to solve their murders by hacking into his memories to figure out what happened. That is at least how I understood what was going on. 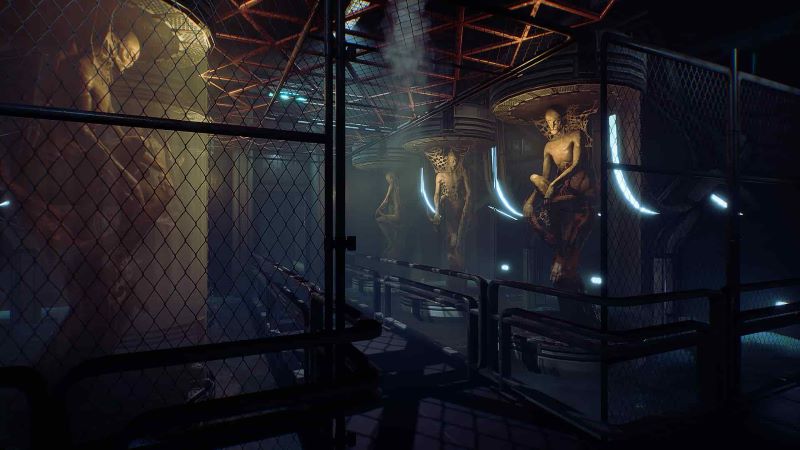 There are aspects of the story that I truly enjoyed, the best of which involve the game’s horror aspects that utilize demons and a giant tentacle-faced monster. As you explore the environment and solve puzzles, shadows of demonic entities appear in the distance, just far enough away that you can’t quite make out what’s haunting your memories.

The other big mystery is what happened to the world you live in. The remaining citizens live underground, connected to a virtual machine to live in a better world. Though you know that the surface of the planet is uninhabitable, the game does a great job making you wonder throughout if Cathulu himself was the cause of the surface’s destruction.

Transient Holds Your Hand Through Every Puzzle

The majority of the game sees you examining dead bodies, hacking terminals, and solving various puzzles. These puzzles are complex enough that they would have made them great head-scratchers, but the answers are presented to you in your journal, making them all reasonably easy to solve.

Each of the game’s five chapters features different puzzles, so you won’t be stuck doing the same thing throughout the game.

Hacking sees you moving an avatar around on a grid trying to collect files while avoiding security bots, while another puzzle has you mixing various chemicals to create specific compounds. These are just some examples of the kind of puzzles you’ll have to deal with. 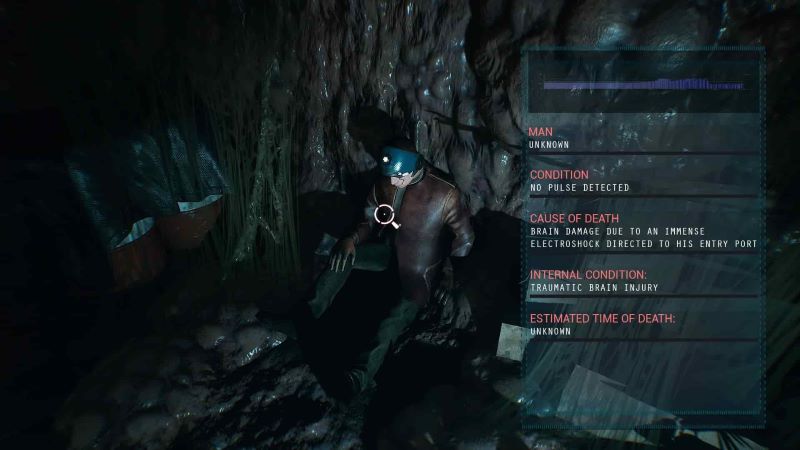 Solving riddles aren’t the only obstacles in your way, however. There are moments in Transient where you’re transported to other game’s within the game. One of these experiences is an old school horror title much like the original Alone In The Dark, which sees you playing through in a third-person perspective with old-school tank controls facing off against zombies.

Another mini-game is a first-person adventure game that reminded me of System Shock as you fight your way through hordes of robots with a steel pipe.

Unfortunately, these mini-games come with the same problems that plagued them in the past. For example, the robot min-game constantly has enemies spawning right behind you without indicating they’re there. 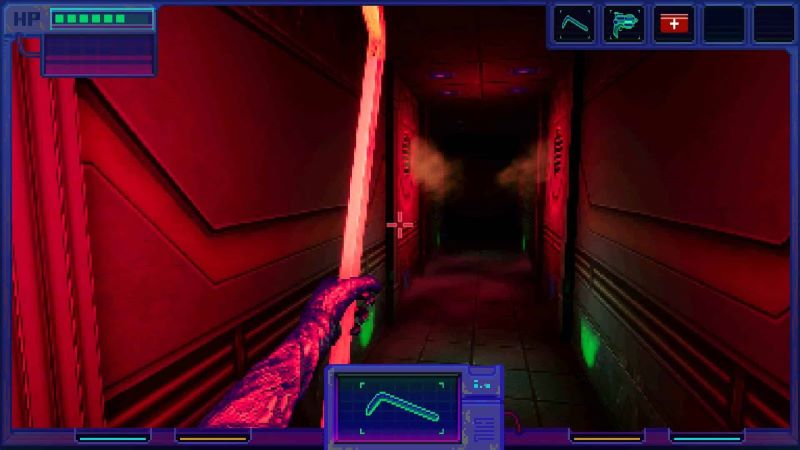 Even worse, as you’re trying to solve a puzzle, they spawn and attack you in the middle of tackling the conundrum, forcing you to try and solve the puzzle as quickly as you could before more robots spawned. Suffice to say; I saw many games over screens during this part.

Great Visuals And A Haunting Soundtrack Keep The Atmosphere Alive

Visually, Transient looks solid enough, especially with HDR enabled. The neon lights of the Cyberpunk world create a great vibe, and the desolate look of the world pushes the dystopian setting.

Shadows are really where the game shines, and they do a great job of playing tricks on your eyes. The mini-games are also perfectly recreated for better or worse. But I got to say, it’s something special having real-time shadows in a pixilated world that looks like it was designed in the early ’90s. 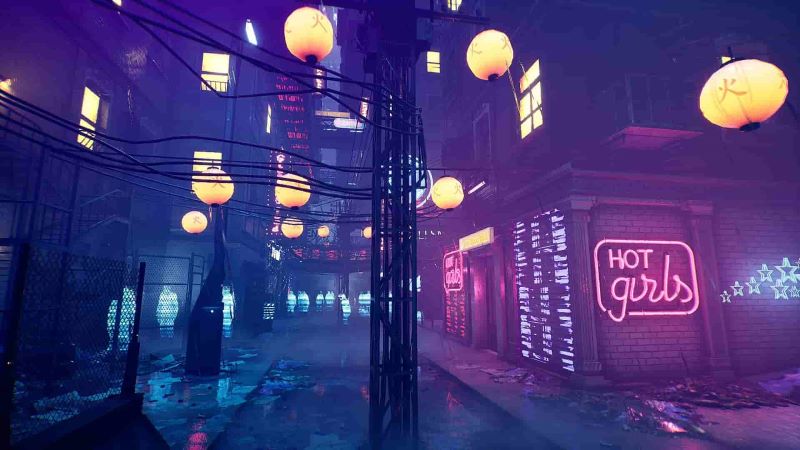 The game’s soundtrack is pretty solid though; the tracks that are present, along with the ambient noise that plays throughout the game, is haunting and complements the game world perfectly.

I should flag up a major bug I encountered. Sometime at the start of chapter four, the game would suddenly crash as the same spot over and over again. I crashed about twelve times. I believe this is due to playing the game on my PS5. Thankfully, I got around the glitch by uninstalling the game, reinstalling it on my PS4 and transferring my save file.

Transient Tires Hard But Falls Short Of Being Memorable

Transient is a game that had the makings of something great, but the mixing of Lovecraftian horror and Cyberpunk doesn’t work as well as it should. The biggest culprit is the presentation of the story, which after two playthroughs, is still as confusing as it was the first time through.

The game’s best features, its puzzles, should have been fun to solve, but instead, the game holds your hand through every one of them.

Transient is a competent game; it’s just not a long lasting or memorable one. Case and point: one of its Trophies asks you to finish the game in under 90 minutes, proving just how easy and forgettable the experience can be.

Transient is now available on PS4 and PS5.

Transient creates great settings but doesn't utilize either one very well. Its story should have been its most substantial aspect but instead ends up being its weakest. Through its puzzles are solid, the game holds your hand when solving them, leaving almost zero need for critical thought. What ends up being the best part of the game are the mini-games that transport you to other titles that Transient took inspiration from.