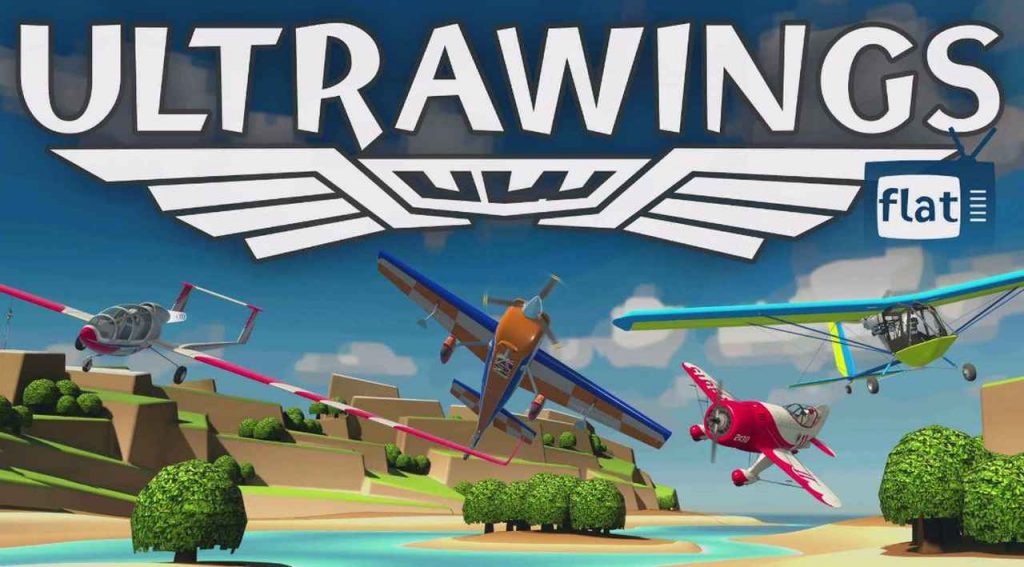 At first glance, Ultrawings Flat should be an enjoyable, quaint collection of flying-based minigames that offer up a few fun hours of gameplay. Unfortunately, that is not the case. Ultrawings Flat is a shockingly dull and repetitive minigame collection filled with antiquated gameplay mechanics, lacklustre visuals, and bad controls.

Ultrawings Flat has you flying around a collection of islands completing small, menial objectives. That is what you spend the majority of the time doing; so, you would think that flying around in the game’s various aircraft would be enjoyable and exciting. Right? Well, you would be wrong.

Controlling the aircraft in Ultrawings felt floaty and imprecise. I found myself having to sharply push the analogue stick left or right to course correct wherever my plane had decided to float off to a lot of the time. On top of that, the plane often drifts off into certain directions randomly. I am assuming that this is supposed to represent the wind; however, with no audio indicator, it didn’t feel realistic or even arcadey. Instead, it was an annoying mechanic that made completing the game’s various objectives a chore.

On top of those issues, flying between the handful of islands takes an eternity. Whilst, it may just be a couple of minutes, in reality, it feels far longer as there is nothing to do whilst you are flying. After taking off, I would set my plane heading forward, take my hands off of the controller, check my phone for a few minutes, and pick-up the controller again once I reached the island.

Picking up my phone as I play games is something I rarely do, even when watching cutscenes or waiting for a level to load. But, the world of Ultrawings is so incredibly dull and visually bland that I didn’t want to see the same ocean, buildings, hills, and textures for minutes on end as I waited for my plane to reach its destination, all to the tune of an engine sound effect looping over and over. So much of Ultrawings Flat is spent waiting to get somewhere that you eventually don’t care about where and what you will do when you get there.

A Dreary Sight To Say The Least

And, what is there to do on these islands? Not a lot and nothing interesting is the answer. Outside of a free flight mode, there are a few different minigames which are dubbed ‘Jobs’ in-game. These jobs reward you with money upon completion, allowing you to buy more airports, in turn gaining new types of jobs and more of them. At first glance, that progression path seems decently rewarding and offers a nice feeling of advancement as you play.

Unfortunately, it quickly becomes stale and repetitive due to Ultrawings only offering a few different job types. There are jobs that require you to fly through a few targets in a set amount of time, take pictures of some landmarks, race against AI planes, shoot some balloons floating in the air, among some other simplistic objectives.

All of these manage to hold your attention for the first time you do them, but past that they don’t offer anything new or an increase in challenge. They are the same thing repeated over and over again, which left me bored and with a feeling of apathy. What is the point in buying more locations if all you will do when you get there is the same thing you just did, especially when it amounts to the same thing with no visual or gameplay variety.

That really is the major flaw with Ultrawings Flat. Everything looks the same and plays the same. After only a small amount of time, I quickly grew tired of the monotonous and dull tasks the game offered up.

That really covers all of Ultrawings Flat. There isn’t much here to keep you busy or engaged for longer than a few minutes, before the game devolves into a loop of doing the same thing over and over, with barely an ounce of variety. Spend your time on more rewarding endevaours.

Ultrawings Flat is out now on PS4.

Ultrawings Flat is one of the most repetitive and dull games I have played. Offering up tired and simplistic mini-games, poor controls, and a bland environment it isn't worth taking to the skies, even for just a few minutes, especially given the price charged.