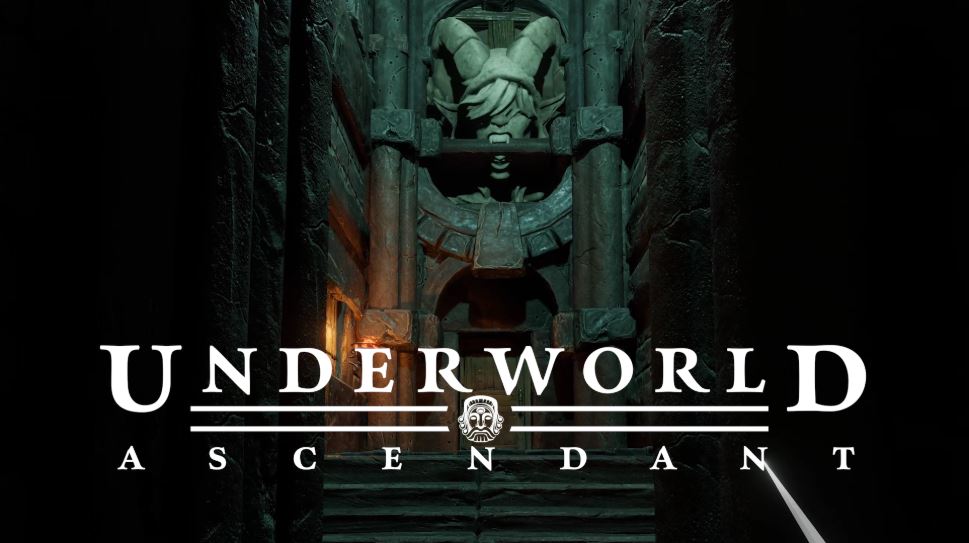 When Ultima Underworld released on PCs back in 1992, it was a revelation. Developed and produced by the same developer that would go on to create the legendary likes of Deus Ex, System Shock and Bioshock, Ultima Underworld was a first-person RPG that thrust players into a subterranean world filled with sentient, intelligent races, a great story and danger around every corner.

More than that, the titular Underworld, known in the game as The Stygian Abyss, was a character all unto itself – a personality shaped as much by its twisting caverns and cascading streams as it is by the numerous denizens that inhabit it So how does Underworld Ascendant, the Kickstarter funded successor to Ultima Underworld fare?

Underworld Ascendant Does Little Justice To Its Source Material

It doesn’t fare well at all – and that’s whether you’re comparing it against its illustrious predecessor from over 27(!) years ago, or even just against the contemporary genre fare of today. From the off, Underworld Ascendant at least makes a spirited attempt to capture a similar setting to its classic inspiration, casting players as a lone warrior who must destroy a primal evil called Typhon and escape a subterranean prison.

The problem however, is that in just about nearly every area that matters, Underworld Ascendant falls horribly short.

Starting with the story, while the setup – ‘a big bad is going to destroy the world’, is hardly unique, there is still a lot you can do in regards to world building and peripheral storytelling to enrich the overall offering. Sadly, Underworld Ascendant doesn’t really do any of this at all as the numerous NPCs that you’ll come across are, for the most part, not willing to impart anything else to you beyond the bare minimum that you need to progress, while an almost complete lack of other means of expounding upon the story makes Underworld’s story feel limp and uninteresting.

Combat meanwhile finds itself almost entirely undone at the behest of an AI who, at the best of times is dunderheaded and non-threateningly cack-handed to the point of incompetence, and at its worst will either get stuck in the environment or simply jump to its doom if it’s feeling particularly bored (which seems to be quite often). It’s also fair to say that the feeling of combat leaves much to be desired, not least because it effects comparisons to the likes of The Elder Scrolls Skyrim and other games that have mastered first-person combat that it cannot possibly survive, feeling as unsatisfying clunky as it does.

Like its predecessor, Underworld Ascendant also enables wannabe wizards to indulge in a spot of spellcasting too by combining various runes to create an assortment of unique spells. The problem with these spells is that not only do you not need to use most of them, rendering them redundant, but also that when you create new spells such as conjuring a fireball, or summoning a minion, all of it is done with so little fanfare and spectacle that you’ll wonder why you even bothered in the first place.

Elsewhere, the inventory system is far from intuitive. Though you can equip various pieces of clothing and armor onto yourself, moving the cursor over them provides no description of the protection they provide or any other properties it might have when compared to another piece of equipment of the same type. As such, because there are no stats in the game (more on that in a bit), you can’t tell if a pristine ancient sword is better than a grand superior axe, for example.

Progression is handled differently/badly in Underworld Ascendant, too. Rather than leveling up through experience points gained through completing quests, murdering monster and discovering new areas, Ascendant instead awards such progression points through feats which must be completed. As such, each feat has a different condition to fulfill, from setting an enemy on fire to healing yourself with a spell, it’s an odd way to go about progression – and it’s something that becomes frustrating as you get further into the game where the feats become more and more banal and difficult to pull off.

Speaking of progression points, they may be piled into one of three fairly sprawling trees that broadly cover the three main pillars of the game – combat, stealth and spellcasting. And on that note, though Underworld Ascendant invites players to tackle its depths in a number of different ways, it’s clear that some ways are certainly better designed than others. Combat and magic we both know are lackluster but, oddly, the stealth side of things is actually pretty decent – evoking the light and shadow system of the Thief games in the process and presenting itself as a legitimate alternative to stabbing/fireballing things in the face.

Where things utterly fall down however, is when it comes to the platforming sections that Underworld Ascendant seems to foist upon players with sadistic glee. In short, these sections are utterly miserable not just owing to the fact that the platforming just isn’t very precise at all (Ultima Underworld, for the record, did not nearly have the reliance on shonky platforming that Ascendant does) but also because failure is almost always met with death and the difficult to resist urge to volley your controller into the face of your TV.

Continuing the trend of broken mechanics is the save system. Though you can freely save wherever you like, reloading that save slot does not guarantee that you’ll restart where you left off. In fact, after reloading a save on the game’s second level (a nightmarish lava filled hellhole with lots of not-so-lovely platforming to be done), I noted that it was restarted at the top of cliff from which falling would case death at any angle. It gets better too! Not only does dying come so stupendously easy from such platforming fails but each time you die, your weapons suffer huge amounts of damage too – often resulting in broken equipment after just a few deaths.

Perhaps the most annoying and frustrating thing about Underworld Ascendant’s many failings is so much that they exist, but they serve to overshadow much of the stuff that the game actually gets right. Underworld Ascendant’s colorful and ambient take on the presentation subterranean dungeons is notable, with greens, purples and spectacles of light and shadow all combining to create an underworld that isn’t nearly as brown or as grey as you might assume.

Further afield, governed by a strict physics system, weight plays an important role in the game. Underworld Ascendant’s gameplay plays directly into this too, with players able to stack furniture on top of each other to create a makeshift scaffold to reach previously inaccessible areas, or, throw an object a distant switch in order to trigger it. Certainly, it’s nothing groundbreaking, but the sense of physicality that Underworld Ascendant exudes helps to cement the notion of a functional and corporal realm nonetheless.

Underworld Ascendant cannot help but feel like a missed opportunity. Though this release is much better than the terrifying dire debut that the game had on PC, it’s clear that the game still needs much more development and community feedback before it can be considered ready. Really though, it’s just a shame that the weight of the flaws is such that much like the Ascendant’s protagonist, it drags the whole affair into the abyss and far away from any promise it might have had in the beginning.

Underworld Ascendant is out now on PS4.

A sadly failed tribute to one of the greatest RPGs of all time, Underworld Ascendant is simply far too flawed to recommend to either fans of the original Ultima Underworld, or in-depth RPGs in general.