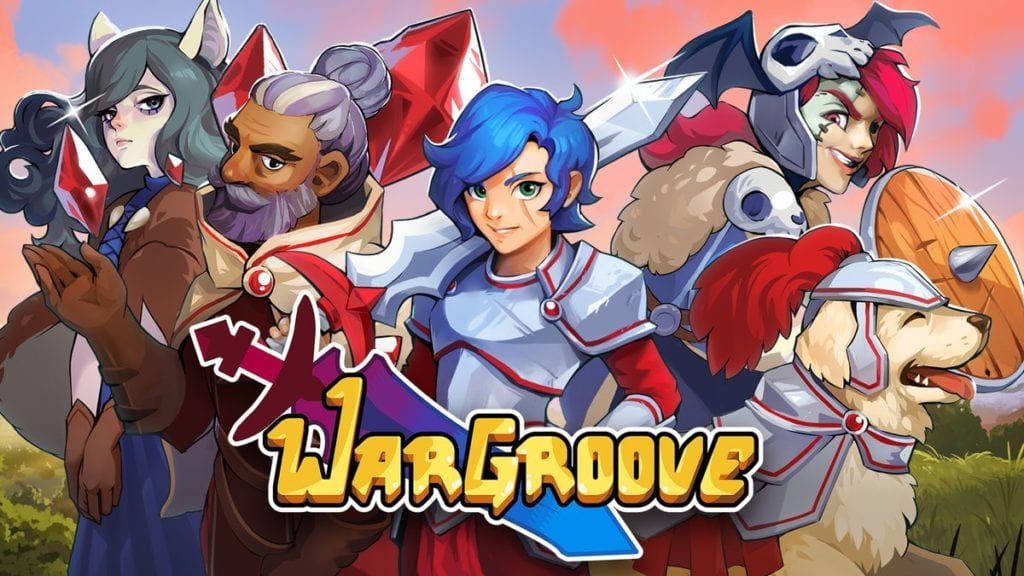 Sometimes in the middle of all the heavy open-world RPG’s and story-heavy games, it’s nice to take a step back and play a game that you can take your time with. A game that’s not too weighty on skill trees and collectables. Wargroove from Chucklefish Games is the perfect title for when you are in that mood.

Wargroove is a turn-based, strategy war title where you battle on self-contained maps and win by usually defeating the enemy or destroying their stronghold. Each unit has different movement ranges, attack ranges and everything is affected by weather, terrain and a number of other variables. It’s a game of strategy, tactics and plays out like a large game of intricate chess. The winner is normally the player who takes advantage of their unit’s strengths, plans out their moves accordingly, and can change their tactics anytime depending on the flow of the battle.

Where Wargroove shines is its balance. Every unit has strengths and weaknesses and it’s up to you as the commander to exploit them accordingly. Some units are stronger against others, some are weaker. Your defence when in battle changes depending on whether you are on open ground, behind the cover of a forest, land or even atop a mountain. It’s a simple system that really makes every move matter and forces players to constantly evaluate their next move. The great thing about this system is all the information is well presented to the player, it’s easy to access, and it’s all simple to process and analyse.

One of the great traits of this battle system is the Battle Preview. If you try to attack a unit it gives you a preview of how much damage you will do; therefore, making battle decisions easier and scanning through pages of stats, weaknesses and resistances unnecessary most of the time. You can select the right unit to attack and just back out if you are going to end up on the wrong side of a thrashing. It also helps with planning in advance and making sure you have the correct units for various battles you face.

Another major highlight of Wargroove’s battle system is critical attacks. Each unit has a specific action that activates a critical attack. This attack is extremely powerful and can turn the tide of battle. Some units require you to be within a certain range, some need to be on certain terrain and some require the presence of other units. This system complements the other battle systems to create a constantly changing theatre of war that’s both rewarding and tactical. Every match is different, your moves matter and mistakes can be critical.

Speaking of mistakes, there is one thing I found a bit irksome. Some matches can take a while to complete; if you make a mistake and end up losing, you have to play the match again. It’s not game-breaking by any means but sometimes a little mistake can have a massive effect on your match and require you to play the entire thing again. On the flip side, it also makes sure you learn from your mistakes, become a better player and consider your tactics even more next time you are on the battlefield.

As if contemplating all these war variables was not enough during this never-ending war, most matches require you to purchase your units and build the correct army to vanquish your foes. Dotted around the map are structures to attack and defend, these structures determine how much cash you get each turn. Cash is vital to your success as it governs how many units you can purchase, how powerful they are, and what type they can be.

It’s another thing the player needs to be keenly aware of. Making sure you have villages in your possession, enough cash to support your war effort, and purchase the correct units are all important to ensuring you prevail victoriously.

Most importantly, Wargroove does introduce things gradually to the player, explaining everything and wrapping it into the story. A lot of the tutorial stuff is buried into the story. It’s very natural and simple to grasp. New units are given to you gradually, new features are drip-fed, and the game does a great job of evolving as you play. Wargroove does not throw everything at you at once and the learning curve is gradual and smooth. On the difficulty side, Wargroove is not an easy game. Early on I even knocked the difficulty down a touch until I got to grips with the games many mechanics.

Each match starts from scratch, so there is no real progression between missions. I found this a bit weird at first but eventually begin to enjoy the ease at which I just flowed through the campaign without worrying about how I am doing. Each level is self-contained and a fresh slate. You can scrape through a stage by the skin of your teeth and then just forget about it. Your next battle is a fresh start and hopefully, with everything you have learned, you can be better, more effective, and a more efficient commander.

Conflict Can Sometimes Be Beautiful

The overall presentation present in Wargroove is stunning. Its pixel-art is beautiful and its music is sublime. Graphically everything is bright, well animated and a feast for the eyes. I love the game’s art style and never got bored of seeing the little characters battle it out. The music, in the same vein, never got repetitive and really drove me on through the game’s 35 or so campaign missions. The music is catchy, fun and really fits the graphical style of the game perfectly. I cannot stress how well this game is presented, it’s truly magnificent.

It’s the same with the voice acting and story. The story is quite simple but does its job to make sure you care enough about the characters and to make sure that the battles mean something. The voice acting, even though it’s quite sparse, is very well done; despite the lack of it, when it shows up it conveys the character’s personalities and feelings well. I quite enjoyed the story and characters in the game. The game’s presentation helped a lot when it comes to me enjoying the narrative and characters. Everything looks stunning.

As well as the campaign, there are a lot of other modes and features to digest too. You have an arcade mode, a puzzle mode, and multiplayer, which is both local and online. Also included is a suite of level creation and sharing tools to make sure you always have fresh battlegrounds to play on and new players to test your skills against.

Multiplayer is fun, especially against people you know. Wargroove’s multiplayer harks back to the hours I spent playing Command and Conquer with my mates, which actually led to fights and falling out but it’s all fun in love and war. This suite of modes and features is strong and I think multiplayer is where Wargroove really excels, it’s great fun pitting your strategies against other players.

A Skirmish Where Everyone Wins

I enjoyed my time with Wargroove immensely. There are not enough games like Wagroove nowadays. Everything is an open-world game, a shooter or another overly saturated genre that has been done over and over. Wargroove is fun, beautiful and well designed. If you play enough you will grow as a player, get better, and really start to enjoy all the variables, tactics, and strategy within the games impressive battle system. The features and gameplay ramp up at a nice pace, always ensuring you have something new to do, and makes sure that you never feel overwhelmed.

If you enjoy strategy titles, war titles, or just fancy something that’s slightly different then look no further. Wargroove is a great game and a game that is definitely worth your time. It’s not too expensive, has a lot of content and will keep you entertained for a long time. The game is quite difficult but with time, effort, and experience you will get better and succeed.

Wargroove is out now on PS4.

Beautiful, bright and bold. Wargroove is a fun, tactical war title with a lot of content. It's deep, rewarding, and never overwhelming. Its art style is something to die for and the presentation is beautiful. It does a great job of explaining everything gradually to the player and drip new content and features. Wargroove is a must-buy for fans of the strategy genre.