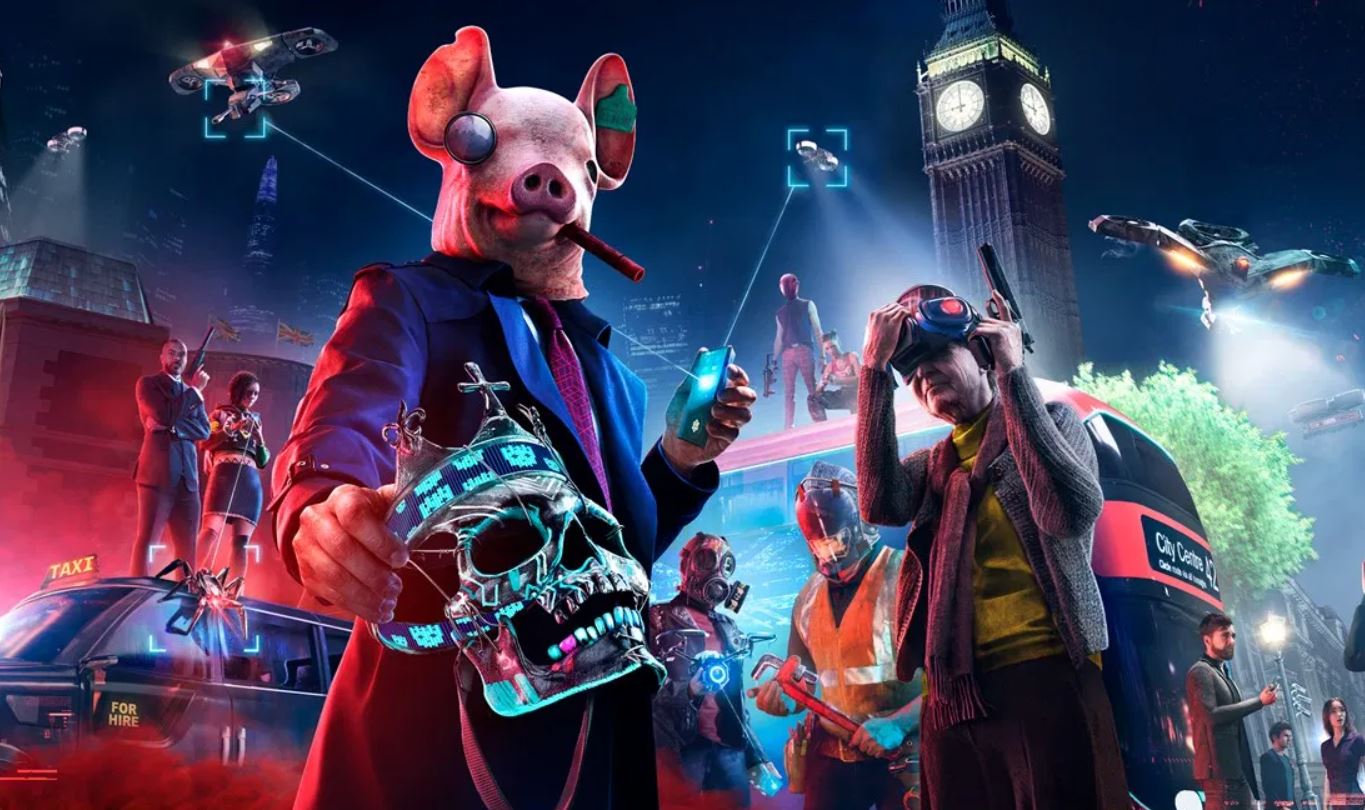 Watch Dogs Legion PS5 Review – The PS4 version of Watch Dogs Legion is generally in good shape from a technical standpoint, with a depiction of London that looks great. Most of its problems stemmed from its story and general open-world fatigue. So the big question is how can a PS5 upgrade improve on that?

This review will be focused on how the game runs and performs on PS5, as well as how it makes use of the console’s unique features. If you want a thorough critique of the story and gameplay check out our PS4 review of the game here.

A Speedier Open World Experience, Putting You In The Shoes Of Characters Quicker

A common thread with playing PS4 titles, or PS5 upgrades of them, on Sony’s new box of tricks is that the simple wonder of improved loading times can have a really positive effect. For Legion, it’s definitely something that benefits the overall package. For starters, the initial loading of the game shears a whopping 60 seconds off the previous time of 1 minute 16 seconds on PS4 Pro. For a busy open-world game, that’s a decent bootup.

The game’s ‘anyone is playable’ gimmick is interesting on paper, even if the execution means it didn’t allow for much in the way of a relatable protagonist. The other problem with it was transitioning between characters took up to 25 seconds to load. On PS5 the gap has rarely been longer than ten seconds, and that was a greater motivation to try out the different characters and their abilities.

It may not solve the main issue with its roster of fairly shallow protagonists, but it does encourage you to see if there is one that better suits your tastes. It still doesn’t quite stop the temptation to use the same trusty group of operatives for the majority of your time in London though.

Load time cuts also help get the story moving a bit quicker too. Watch Dogs Legion has numerous loading screens before, during, and after, missions (as well as in fast travel), that used to leave you hanging around for 20-45 seconds. Now it’s over and done with in a matter of seconds. So, while the story is still an occasionally cringe-worthy mess with some very bright spots, there’s a bit more pace to proceeding without drawn-out loading.

A Glossier Version Of Dystopian London

The biggest improvement found in the PS5 version is undoubtedly the visuals. Legion’s London was already the centrepiece of the package in the PS4 version. It captured the essence of the Capital and put a future-tech twist on it. On PS5, the improvements bring London to fresh life.

Ray Tracing allows for more realistic reflections on surfaces and it’s most effective when the game moves indoors or outdoors at nighttime. There were several times I stopped to see my character or the scenery perfectly reflected in a window, a puddle, or even a car’s metallic shell. Yes, it’s still a relatively fresh experience at this time, and that definitely influences how impactful it can feel, but you just wander along the roads by the Thames at night, seeing all that neon and glow of streetlights, and tell me it can’t be a breathtaking sight.

There’s some odd fuzziness to some surfaces that implement ray tracing. It definitely wasn’t in the PS4 version, so it seems to be a side-effect of the new feature. It’s nothing major, but it does spoil the illusion a bit.

General texture detail is better too, which really accentuates the game’s excellent lighting and ray tracing. Characters also look much more detailed than they did previously. The random looks the game throws up for its NPCs often made for some horror show faces, and now they are generally a lot more bearable and human.

There’s not a lot else to report. The game has limited DualSense implementation, with the basic use of adaptive triggers for guns being the only notable change from the DualShock 4 setup. The framerate is still at 30fps, but at least seems to be a lot steadier. This would be more of an issue if the game didn’t handle as smoothly as it does now, but it will understandably be a bit disappointing for many.

The Same Game, But A Fair Bit Prettier

Watch Dogs Legion is at its best when infiltrating places and hacking into things, and beyond that the highlight is cruising around London, soaking up the sights. The PS5 version makes the former easier to get into, while the latter is even more absorbing thanks to a significant visual upgrade. It’s not enough to paper over the cracks in the PS4 version, but it certainly makes it a more appealing prospect.

Watch Dogs: Legion is a far more palatable experience on PS5 thanks to its vastly-improved load times and splendid visual upgrades. The only real technical gripes are that there’s little in the way of DualSense implementation, and the framerate, while steady, hasn’t been upped. Its base problems of open-world fatigue and messy storytelling are still problems that can’t be so easily fixed and still remain a significant barrier to enjoyment. It’ll give you a dazzling trip to London, but you wouldn’t want to stay there.