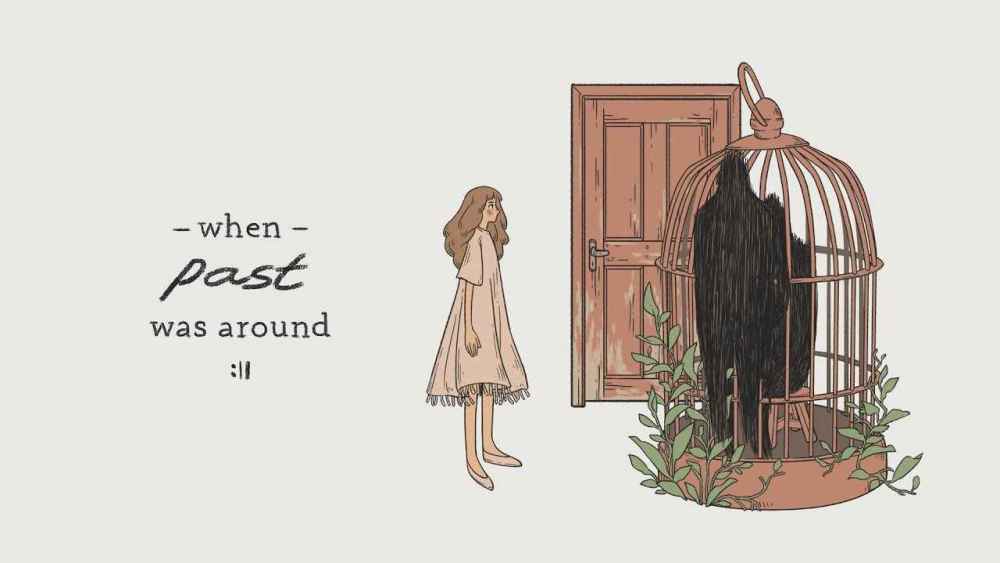 Sometimes the simplest stories are the most beautiful. When The Past Was Around combines simple gameplay mechanics with simple storytelling to tell a love story between two complete strangers. Does it have what it takes to stand among the best?

When The Past Was Around – PS4 Review

Simplicity At Its Finest

When The Past Was Around (WTPWA) is conveyed through imagery and music. In this hand drawn point-and-click affair, you take on the role of Eda as she relives her memories with her companion, Owl, a musician with the head of an owl. Loading times are quick, even on PS4, and the low-demand gameplay does little to tax the hardware, yielding a flawless performance all around. 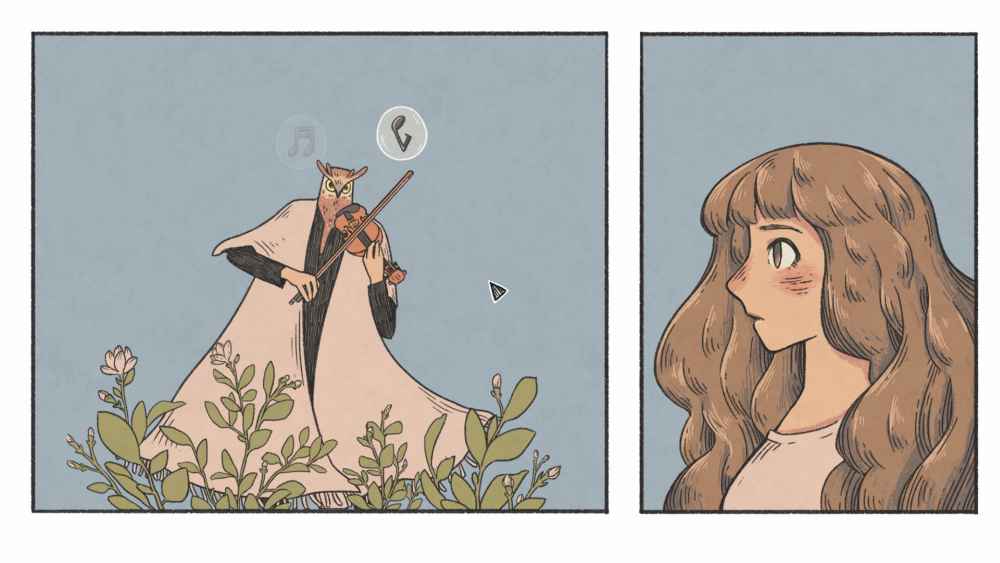 Gameplay follows the standard point-and-click formula – interact with each locale to find keys or clues to progress to the next area. In general, these puzzles offer simple insights into Eda and Owl, usually accompanied by pictures or their favorite items. This touch yields an earned sentimentality from each task that few games emulate. Their relationship starts from simple beginnings and remains simple, but that same simplicity evokes the game’s intentions beautifully.

The music follows the same simple formula. Even the background music isn’t much more than a couple soft repeated tones, but the ambience it creates melds into the established formula and creates something beautiful. All of this simplicity comes together to say that love can be as simple as breathing if it’s true.

The true strength to WTPWA truly comes from its simplicity. The game never tells you what to do, but it mostly finds a way to convey exactly what you need to do in order to continue. The occasional thought bubble appears to hint at your next goal, and these usually include either components you need or the task you must complete. This story doesn’t do much to thwart traditional gender roles, but plenty of people undoubtedly find themselves in this relatable scenario. 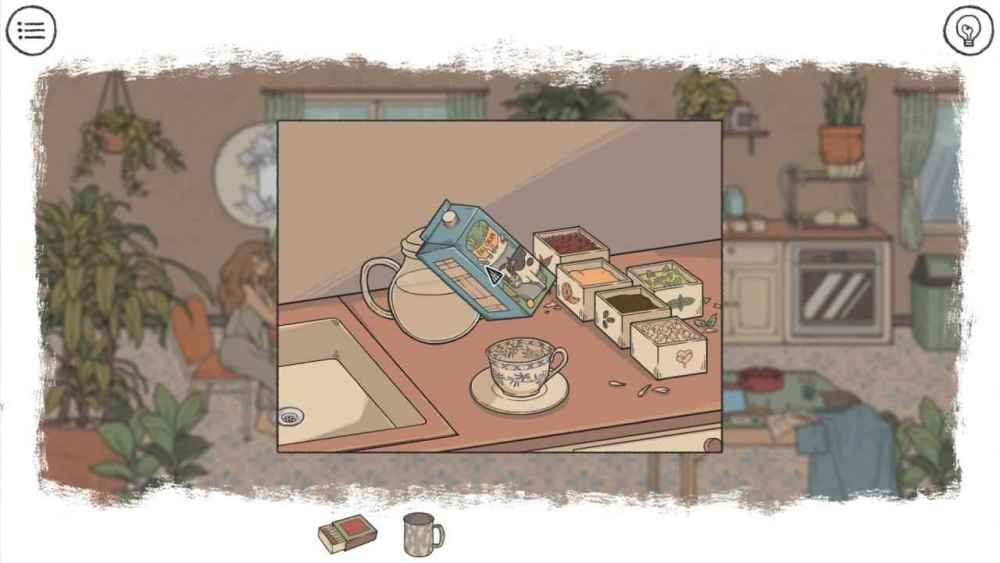 When WTPWA fails is when it veers away from its beautiful simplicity. A handful of puzzles require more interpretation and trial and error than the rest. Most of these puzzles are far from complicated, but they demand extra interpretation from the player that the game doesn’t have a means to convey. One in particular is when you have to mix coffee and tea for your character’s first lunch, and the imagery doesn’t help to discern which is which or how they’re supposed to be mixed.

The one puzzle I keep going back to is near the end of the game. At the most tense point in the game, you’re faced with a puzzle where you must find three shape pieces to unlock a door in your house. Something life threatening is happening on the other side of that door, and you have to take information from multiple locations in order to obtain all the pieces, place them in the door, and then press them in the correct order. Here, the pattern of simplicity is broken.

I’m not necessarily on the fence about my frustration with this puzzle. It delivers that intensity of not being able to reach someone who needs help. At the same time, the task you have to do is cumbersome and borderline condescending to the beauty in the story being told. If it were me, I’d find a way to break that door down if I were faced with that door in my current life scenario.

This puzzle became a focal point because everything before it followed a simplistic form, as well as everything after it. Pacing can fluctuate as long as it’s justifiable. In this one point in WTPWA, it’s not. Unforgivable? Not necessarily, but it does its damage. 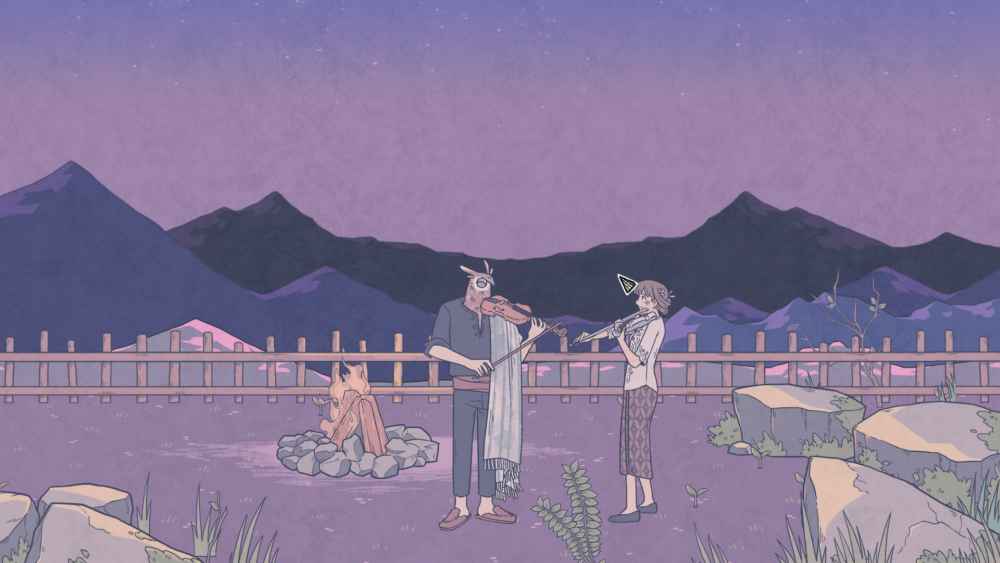 A Flawed But Beautiful Love Story

When The Past Was Around tells a beautiful love story worth experiencing. However, some puzzles, with one in particular near the end, breaks the pacing and immersion that the game creates, bringing down the experience as a whole. This story is worth experiencing on a fronts, but be warned that the ending lacks the kind of polish the rest of the game had in spades.

Despite its few flaws, When The Past Was Around tells a beautiful love story through simplistic mechanics and themes. The only thing that gets in the way is puzzle pacing at the end, which breaks the formula in an uncomplimentary way.

When The Past Was Around