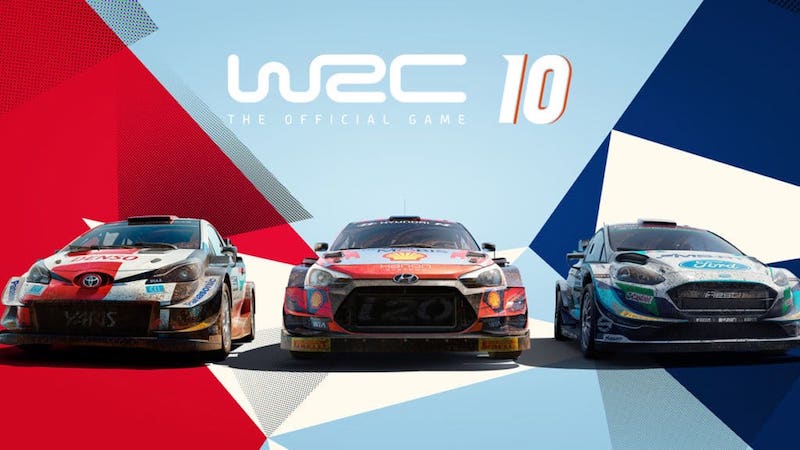 WRC 10 PS5 Review. If you were asked to name the developer of a racing game in a pub quiz, chances are you’d pick Codemasters. The British developer has been responsible for the Formula 1 games for over a decade, its Grid series continues to represent fictional street racing, while DIRT continues to evolve from the Colin McRae Rally formula which premiered on the original PlayStation.

While last year’s Dirt 5 veered off into a bombastic new direction, French developer Kylotonn has been busy releasing annual tie-ins to the World Rally Championship series.

WRC 10 is its sixth effort in seven years, and second for the new PS5 hardware, so it wouldn’t be unfair to expect the formula to be nailed to a tee. However, it’s hard to feel that the game isn’t tied down by the shackles of the sport it’s simulating.

The Purest Rallying Simulator On The Market

The main course here in WRC 10 is of course the Career Mode, which sees you progress through the ranks from the Junior WRC series, through WRC3 and WRC2, until you reach the big time with the World Rally Championship. Although the difficulty setting doesn’t seem to have much bearing on the AI’s performance early on, the challenge scales naturally as you graduate from driving a bog standard Ford Fiesta to a fully kitted out, championship-winning Toyota Aygo. 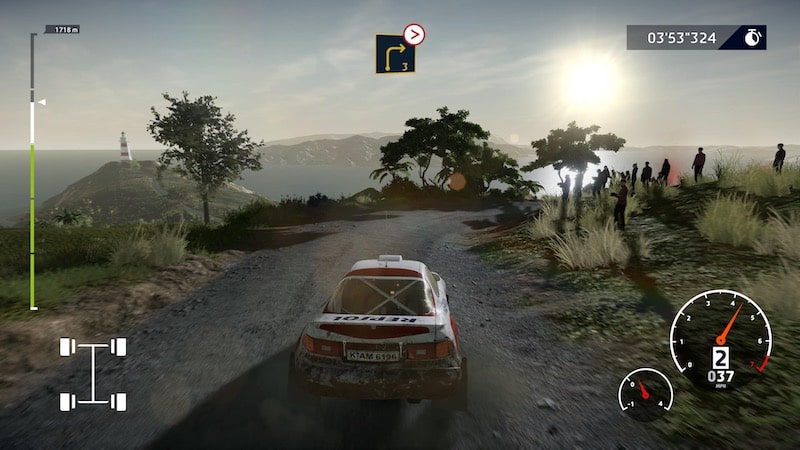 Now, I’m no rally fanatic. I’ve dabbled in a bit of DIRT 5, but prior to that my previous experience with a game of this ilk was possibly SEGA Rally on the PS3, or WRC II Extreme on the PlayStation 2. Yet I was able to complete some of the Junior WRC stages some thirty seconds faster than my nearest competitor’s time – on 100% difficulty.

This presented a point of confusion back in the main menu, where your in-game inbox receives messages between Rally events. Despite consistently winning, I was met with messages from Ford – my team’s manufacturer – lamenting my poor performances and threatening to terminate my contract. I’m not sure how I could’ve performed better, but it leaves me hoping that niggles like this will be fixed in an update in the near future.

In addition to the four, increasingly challenging classes to compete in, the career mode tries to shoehorn in a lot of artificial depth with a plethora of RPG-like systems, to the detriment of its user experience. Kylotonn has done a good job at explaining what all of the options in the menu are for, but it’s a sure case of information overload – especially when only two or three menus actually require your attention between events. 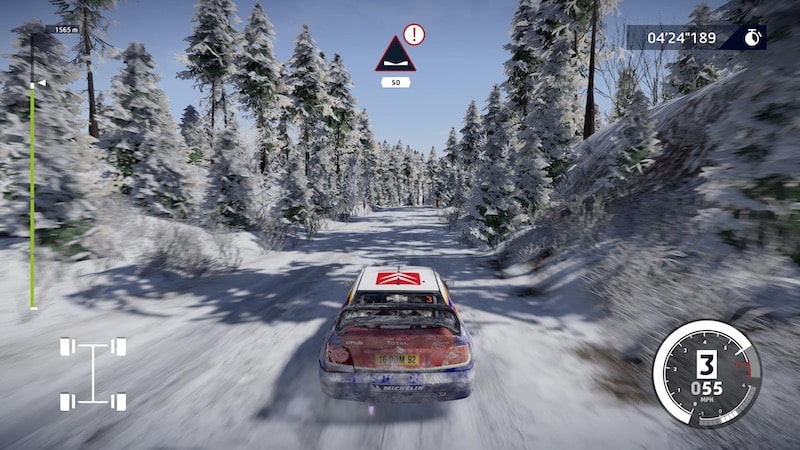 The biggest stretch from reality in WRC 10 is its skill tree, which rewards XP – earned as you race – with skill points, which can in turn be exchanged for up to ninety perks which will stack up to aid your career efforts.

I say it’s a stretch from reality because these perks are carried across from car to car, so your skill which reduces turbo damage from collisions, for example, will apply to anything you drive. I’m not sure that’s entirely realistic!

The crew management feature adds another layer of strategy which acts as a sort of temporary perk system. Hiring staff members with certain skills will boost your team’s stats, but their effectiveness is not finite as their fatigue levels deteriorate over the course of an event.

Plus, you’ll need to keep an eye on their personality traits as a daredevil engineer won’t work well with a cautious mechanic for instance, so it’s important to ensure that your salaried team members are working efficiently to enjoy maximum return on your investment.

You’re also in complete control of your calendar and team’s schedule between the main Rally events. Rest and Team Building activities are filler activities which boost your stats and experience point tally albeit with no gameplay attached, while Anniversary races and Manufacturer Tryouts put you into the driver’s seat of a classic rally car, or a rival manufacturer’s present car, to compete in a one-off event. 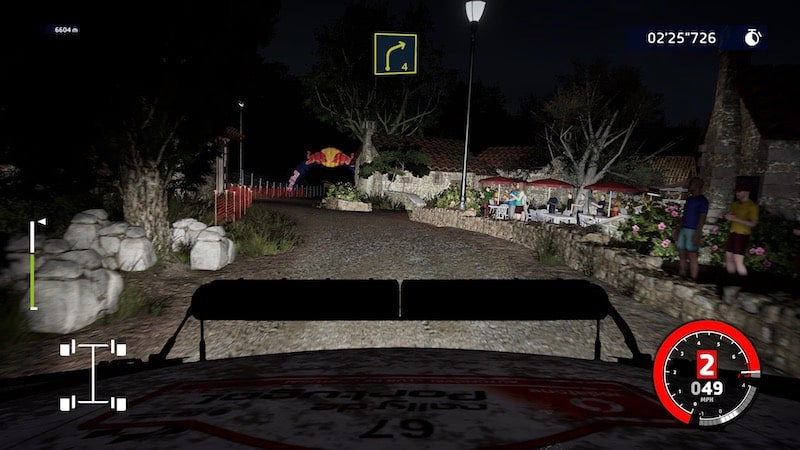 There’s nothing spectacular about these – it’s purely more rally action in the style of the main events – but it’s nice to have the opportunity to jump into a different vehicle within the context of your current season, while also earning XP and cash which contributes towards your career earnings, without resorting to the inconsequential Quick Rally modes.

Ultimately, the game is a selection of courses based across the globe, in which you must drive from point A to point B as quickly as possible; but that’s not a sleight on WRC 10. The motorsport it’s based upon is reflected accurately, especially on PS5 thanks to the DualSense controller.

Sure, it’s nice to feel the sand crunch in your hands as you run across the beach in Astro’s Playroom, and the variable resistance from the triggers depending on the size of your gun in Call of Duty Black Ops Cold War and Resident Evil Village is a neat gimmick, but F1 2021 proved that racing games can genuinely be enhanced by the new controller’s features.

WRC 10 confirms this as the physics of your tyres on tarmac, gravel, snow and mud are all reflected in your hands, offering instant feedback as you apply the accelerator or brake. 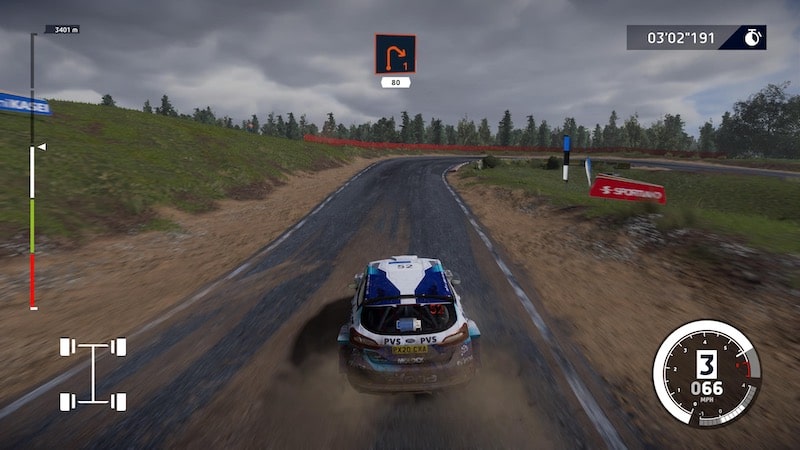 Back in-game, and the cars themselves carry a genuine sense of weight that must be respected if you want to achieve the best time on the leaderboard. Braking too heavily while entering a corner will transfer weight to the front of your car and destabilise it as you turn, while visible puddles, potholes and trackside rocks will all convincingly hamper your current run – and possibly future runs, too, if you don’t have the resources to fix up all of the damage.

This isn’t an arcade racer. Just like in the real sport, you have 45 minutes of in-game time to repair your vehicle between every other stage of an event. This varies from completely replacing your brakes and suspension and various elements of bodywork, to performing incremental repairs to your engine, turbo and other mechanical components.

Each repair takes a set amount of time, while any time spent over the 45 minute budget will incur a penalty. PSA: be sure to fix your headlights before a night stage

Graphically, the damage model reflects the stats you’ll see in the menus extremely well. After a few shunts into a brick wall here, and a couple of skirmishes against a rocky cliff face there, your car will visibly appear worse for wear with bodywork left on the track, bumpers scraping the tarmac, and the co-driver’s door swinging open when you turn too sharply.

Tied with your car’s inhibited performance when damage is sustained under the hood, it makes for an almost-believably realistic experience. 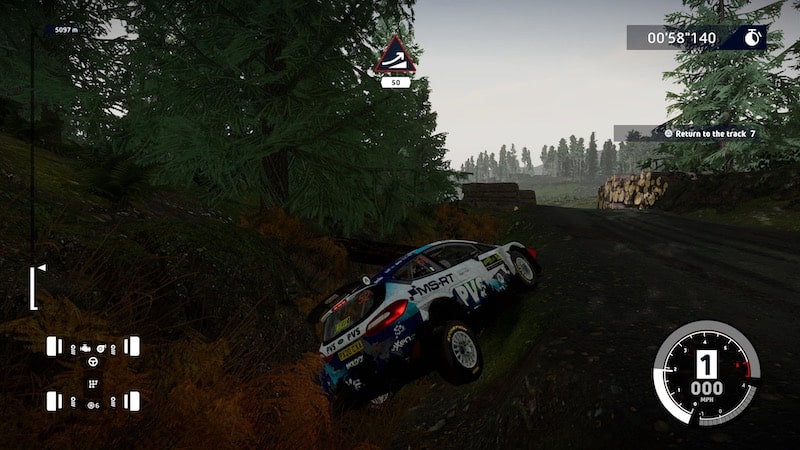 Sadly, there are a handful of drawbacks in the technical department. WRC 10 is a good looking game on PS5: its car models are fantastically detailed, both inside and out, and the varied environments all look stellar – from the mountainous trails in the hills of Monte Carlo, through the forests and woodlands across Japan’s countryside, to the murky cliffs on the Welsh coast – each location is represented beautifully.

It’s the game’s draw distance which occasionally falls short, meaning that shrubbery will often pop in long after its surrounding track has been rendered on-screen, while boats will sometimes appear out of thin air in the middle of distant lakes. It’s nothing game-breaking, but I also experienced some screen tearing, which was particularly noticeable when quickly changing direction in some of the game’s more detailed terrain.

It’s a solid-looking game, but not so good that you’d expect it to be pushing the PS5 hardware to its limits given that it’s also coming to PS4 and Xbox One. Let’s hope that future iterations leave the last-generation behind so the development team can focus on leveraging the newer hardware. 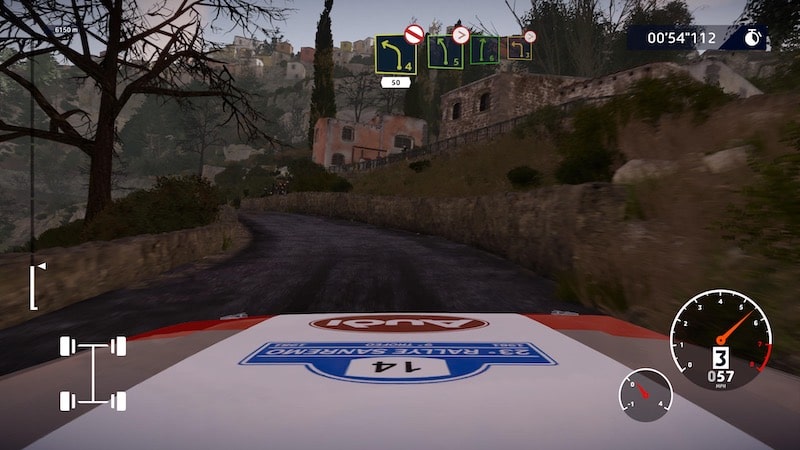 Whereas the bulk of WRC 10’s content is a result of iteration over previous years’ entries, its 50th Anniversary Mode is a brand-new addition which gives you access to a handful of classic rally cars. SEGA Saturn owners (just me?) will immediately recognise the unmistakable Lancia Delta and 1993 Toyota Celica from SEGA Rally Championship, and the Audi Quattro takes me back to the first Colin McRae Rally game on PS1.

There’s a handful of others, too, and it’s a genuine pleasure to experience the thrill of these classic cars in a modern game engine. However, arguably two of the most iconic rally cars to ever exist – the Subaru Impreza and Mitsubishi Lancer Evolution V – are locked behind a pre-order bonus and the Deluxe Edition of the game, respectively. Hmph.

It’s been tricky to review WRC 10 without straying into comparisons with its contemporaries, but I think it’s important to do so. Where others have strayed from the classic formula, Kylotonn has stayed true to its roots and delivered an admirable interpretation of the World Rally Championship for fans of the motorsport.

However, it’s a shame about the slight technical hiccups, but they won’t get in the way of your enjoyment if you know what you’re getting yourself in for.

It's hard to avoid comparisons between WRC 10 and the increasingly liberal depiction of rallying in the DIRT and Forza Horizon series, but where they've veered off in a new direction, WRC 10 remains faithful to its source material and offers a fine emulation of the World Rally Championship with a few technical niggles.