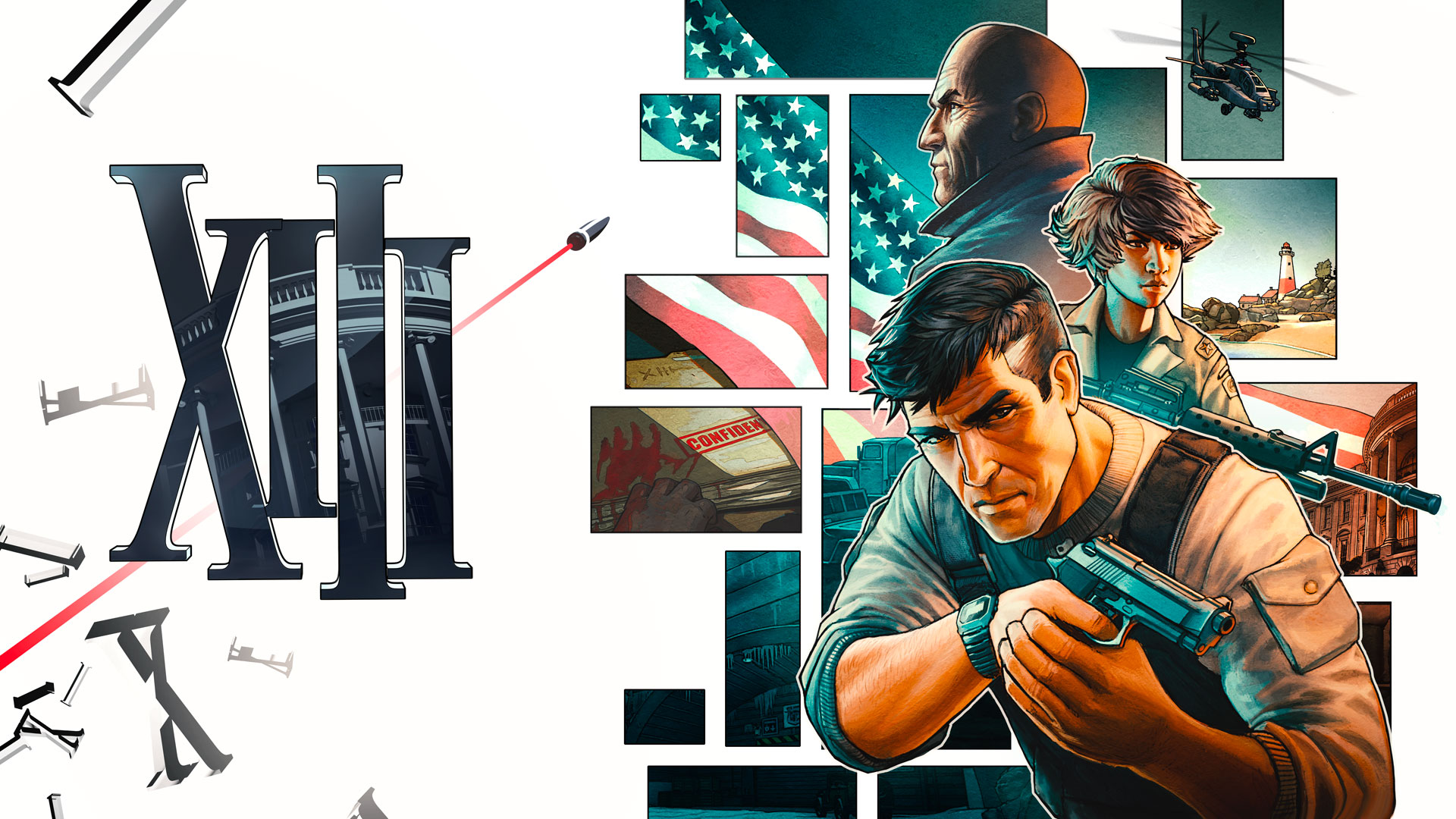 XIII PS4 Review – XIII is the remake of the PlayStation 2 title of the same name based on the Belgium Graphic Novel. Although the original XIII has become a cult classic in the industry, It was never successful enough to warrant a sequel. In 2020, publisher Microids and developer PlayMagic have taken it upon themselves to breathe new life into the franchise. Unfortunately, their efforts have proven to be disastrous.

The plot centers around an amnesiac who awakens on a beach in New York to find himself hunted by military forces. The protagonist takes the name XIII as he tries to uncover a conspiracy where he is the prime suspect in the murder of the President of the United States of America. Overall, the plot is good for something loosely based on a 1984 graphic novel, but its presentation takes a massive hit.

The game’s story is told like a comic book. Most of the cutscenes will have panels showing you what’s happening in different rooms. I enjoyed the way this presentation worked, but my main problem is that you can’t hear most of it when it comes to the narrative. The dialogue is so quiet that I had to turn my volume to levels I never have before.

Not only is the dialogue quiet, most of the sound effects in this remake hardly even work. Gunshots vanish most of the time, footsteps are impossible to hear, and explosions sound like they are going off behind pillows miles away from you.

Even the subtitles don’t work properly. They don’t appear during the cutscenes but do during gameplay, hovering over enemies’ heads like a comic book. This causes problems, such as the subtitles blocking the view of what’s ahead of you and getting in the way of your line of fire.

The voice work also failed to hold a candle to the original with no real voice actor talent being brought in. Even the PS2 original had star power behind it with actor David Duchovny of X-Files fame. This time around, it seems like they got whoever they can off the street to provide the voice work. It’s okay, though, because chances are you probably won’t notice how bad it is due to how quiet it all is.

XIII is a first-person shooter but takes almost no ques or improvements made to the genre since the original’s 2003 release. XIII is as simple as it can be. Gunplay is functional and actually has no penalty for all the shooting you’ll be doing. Guns have no recoil so that you can shoot down the sights without any repercussions. That’s about the only positive thing about the actual gameplay I can say, well there are also the cool comic panels that appear when you score a headshot.

When in firefights, enemies hardly feel threatening due to the lack of damage they do to you, at least on the normal difficulty I played. The enemy A.I. is also some of the worst of this generation. The enemies just run at you mindlessly or run around you almost as if they’re sliding around on figure skates. They do sometimes try and hide behind cover, but apparently, they don’t understand the concept of cover because they just stand behind an object with half their body or head exposed.

What’s worse is they take so long to actually die I ended up wasting ammo shooting enemies that take an entire second or two to fall over after being killed. The only way to know when I actually killed someone is to look out for the death cries which appear over their heads in red text.

There are also stealth sections but believe me, there is no reason to try to be stealthy. When you crouch to sneak around, you’ll see thumping text appear to indicate where the enemy is walking, which is a nice little touch for stealth play in a first-person shooter, as you can see exactly where an enemy is behind a wall. Stealth allows you to sneak up on enemies and either take them down with a chop or take them hostage.

Every time I took an enemy hostage, all it did was pile on a bunch of bad guys that ran around me, waiting for me to let go of the hostage. When I finally do let them go I’m welcomed with a barrage of fire ending my life. What’s sad is that when you actually shoot at enemies while holding a hostage they still won’t shoot back letting you kill them. The downside is that you can’t reload when you do this. Taking a hostage just doesn’t work and only really matters when specific missions in the game require you to do that exact thing.

You can also grab objects like ashtrays and chairs to use as melee and throwing objects. A nice but pointless mechanic as weapon ammo is plentiful. I should mention that the range to hit enemies with a chair is so forgiving that at one point, I was almost ten feet away from an enemy and was still able to hit him with a chair.

Sometimes XIII Looks Worse Then It Did In 2003

The thing that made XIII so unique in 2003 was its use of Cel Shading for its graphical style. Cel Shading was a big thing on the PS2 and many developers chose its style to give a more cartoony look to their art design. In 2020, XIII seems to have forgotten what made Cel Shading unique. Instead, simply giving you a cheap art design with just a dark black shader over characters and objects.

The environments are also wide open and bland for the majority of the game. The black border around all the objects is also incredibly distracting. In one instance, when I looked at the many trees that were blowing in the wind, the entire tree looks like it was spasming because each branch is moving around individually with a horrible black border around. It’s an eye sour.

It’s a shame that XIII’s remake is more a downgrade than I could have ever imagined. XIII was never a perfect game, but you hope to improve it when you remake it, not make it worse. With so many issues, it’s no wonder that the game’s release came as a surprise after being out of the media for so long. Releasing it the same week as the next-generation of consoles arrives is just an unfortunate time to show just how dated XIII is by modern standards.

(Microids have provided a statement promising to fix the game’s various issues such as the sound issues and various bugs that plague the game. This update was not provided by the time this review was being written and published.)

XIII is now available on PlayStation 4

XIII is a disastrous remake that probably never should have been made. The franchise's cult classic status officially has a major blemish in this remake. It's almost impossible to find anything positive to say about it because every aspect is just so broken and bland. If you want to get into the franchise, read the graphic novel but do yourself a favor and avoid this remake at all costs.