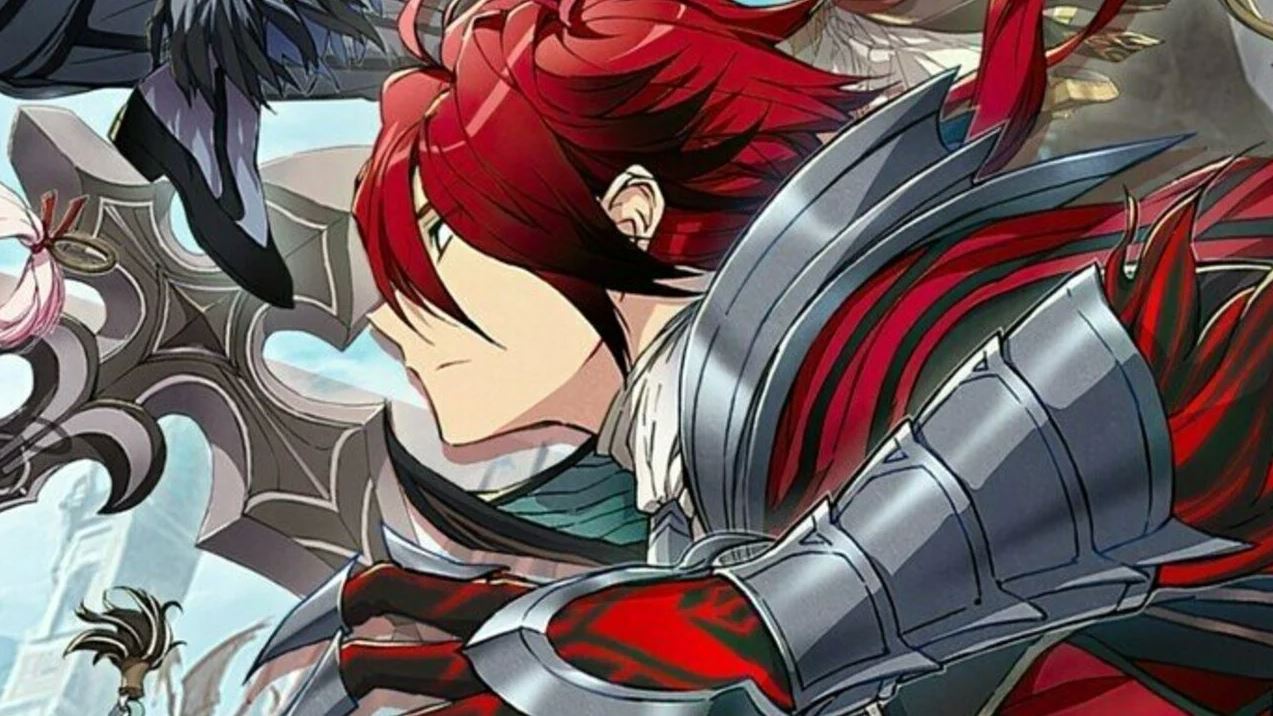 Ys XI: Monstrum Nox PS4 Review – It’s been years since Ys VIII: Lacrimosa of Dana released on PS4 and PS Vita. A small team develops the Ys titles, so there’s usually only one new Ys release every console generation, meaning that fans are hungry for more when each new game launches.

The freshly-released Ys IX: Monstrum Nox follows in the path of a long-beloved franchise, and while it doesn’t do much to push the franchise forward, it’s still a hearty Ys romp that fans will undoubtedly love.

A City To See

Once again, Adol Christin takes the reins of this story, but this time he’s on the bad side of the law. All of his previous adventures have caught up with him and authorities arrest him for a litany of different antics that he either took part in or happened to be there for. He ends up in Barduq, the prison city dedicated to the greatest of criminals. Barduq is a massive city, and acts as the location for the entire game.

What makes Barduq so interesting is the dichotomy that is created there. While it’s a city dedicated to a massive prison, it’s also showcased as a tourist trap. Shops line the streets and several quests see you investigating things that would bother tourists. In fact, one side quest you pick up right away has you finding different tourist spots so that the locals can make the city that much more appealing to visitors.

As you continue through the story, Barduq unveils more of its mysteries and hidden entities, most of them present and developing within the prison itself. It becomes this great mixture of good and bad groups existing in the same space, and you never quite know if this prison fortress is more beneficial or dangerous for the people living there. Making the environment like a non-living character adds nice depth to the formula that Ys has lived on for several entries. 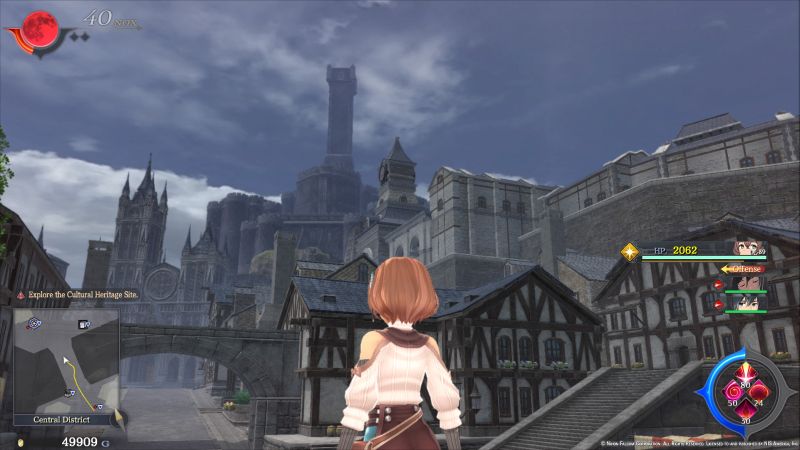 Unfortunately, the smart aspects of the location get countered by simplistic writing from time to time. The mysteries of Barduq grow bigger and more complex, but the answers to those mysteries don’t trickle in at an engaging pace. In fact, for several chapters, different characters say things like “You’ll have to see for yourself” rather than give any direction.

In a game that’s nine chapters long, having to wait for seven chapters to start getting any answers, even false answers, is a long time. Thankfully, the story doesn’t take much more than 30 hours to complete, but that’s still a long time to wait for development.

Visual quality is the one area where the Ys franchise has the greatest room to grow. The series has never pushed its hardware, as it’s always been about having a fun action-packed experience while exploring a big world. At the same time, the franchise has begun to weave more complicated narratives into the formula, which makes game immersion that much greater.

The next step would be a boost in visuals because there hasn’t been a graphical overhaul since Ys Seven, which launched on the PSP.

That’s not to say that gameplay and characters don’t look better here. In fact, Ys has never looked as good as it does now. However, after earning the Platinum in Lacrimosa of Dana on the Vita, I can’t help but feel that playing Monstrum Nox is like playing a portable game re-released on a home console. Everything about it works well, but it fails to visually impress on most fronts, even in the big action scenes. The one area where the game still visually dazzles is in enemy design, showcasing some crazy, grotesque, and awesome baddies for you to fight. 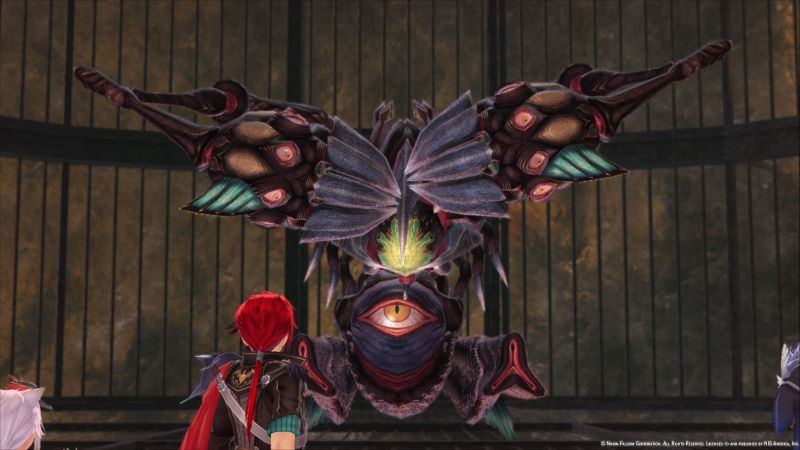 As is a franchise staple, exploration plays a big role in Ys IX and it’s better than ever. On top of having large maps to explore, you have what are called Gifts for each character. One lets you run up perpendicular walls, another teleports you between fixed jump points, one shows hidden secrets and treasure locations around you, and one lets you glide for short distances.

Other gifts make their way into the game, like smashing barriers and traversing through small passages, but those late-game Gifts only lend themselves in specific dungeons while the others prove useful almost everywhere you go.

The overall strength to how these Gifts are presented comes in how the game doesn’t demand that you return to previous areas to explore missed sections. Each new unlocked zone only asks you to use the Gifts that you have at the time you explore them. So completely exploring new locations as you go means that you won’t have to come back and find treasure chests or map completion percentages you might be missing. 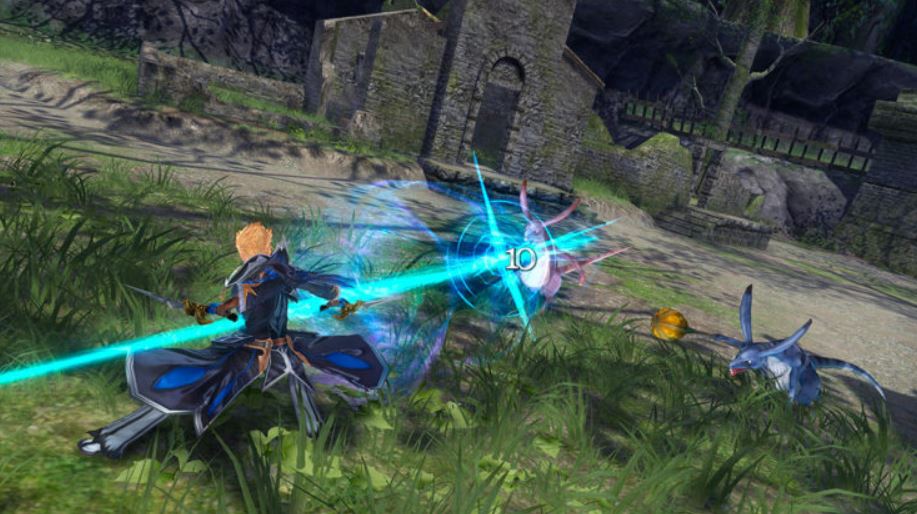 While there’s no complex Metroidvania-like world exploration, Ys stays true to its roots by making exploration a fun comfort food, of sorts, instead of an engaging effort. Considering that all collectibles are automatically shown on the map, this seems to be the dev team’s intention.

Combat remains the high action romp that the franchise has strived for since the beginning. Skills are learned through battle, either based on character level or skilling up attacks you already have. You then swap between three characters at any one time with a simple Circle button press, giving you all the flexibility you could ask for.

This allows you to jump between heavy attacks with blunt weapons or fast attacks with sharp weapons. Each weapon type is advantageous against specific enemies as well, making the different combat options necessary to swap between.

Much of this part of the game remains unchanged from Ys VIII: Lacrimosa of Dana. You still have Flash Mode and Guard Mode, which trigger when you respectively dodge and block at the time of the attack. These slow down enemy movement for a few seconds, allowing you to unload as much damage as you can. Then each character has EXTRA skills, which act as finishers that deal immense damage to all targets in range. 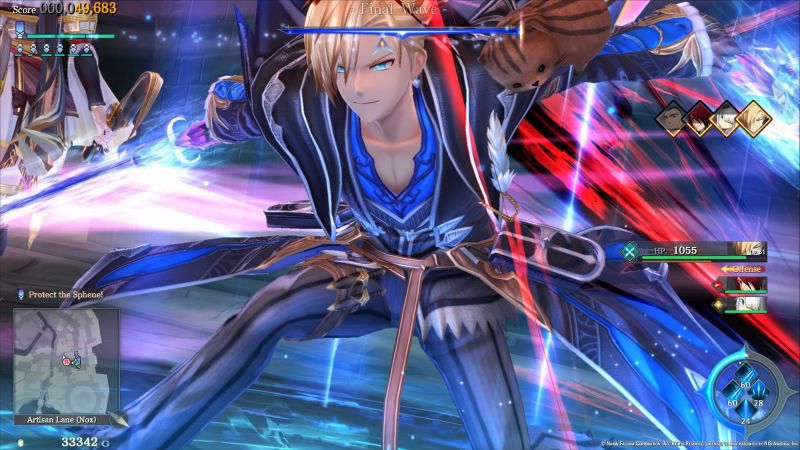 Raids return from Ys VIII under the new banner of Grimwald reprisal, which is a hyper-simplistic form of tower defence injected into the Ys combat formula. You level up defence items called Ritual Relics that inflict damage, status effects, or crowd control on enemy hordes, and the game places these items on the map automatically for you.

All you do for this mode is use items you collect along the way to level up those defences and then let loose on enemies with all your muster. One additional mode is added in Monstrum Nox, and that one simply asks you to destroy orbs, or Lacrimae, smattered across the battlefield within a set time frame while enemies barrage you.

The Positives Outweigh The Flaws Here

All in all, the strengths of Ys IX Monstrum Nox outweigh its flaws. Ys XI plays to the franchise strengths and adds thoughtful new ways to explore each map. Combat still feels like a guilty pleasure, even though it’s graphically a couple of generations behind. Then, even though the writing isn’t always on point, the growing mysteries of Barduq help grease the journey to its destination.

Ys IX Monstrum Nox remains another strong entry in the Ys franchise, offering up engaging combat fans will love. Visuals don't push any envelopes by any stretch and the writing has its hiccups, but Monstrum Nox has everything that makes a Ys title great.