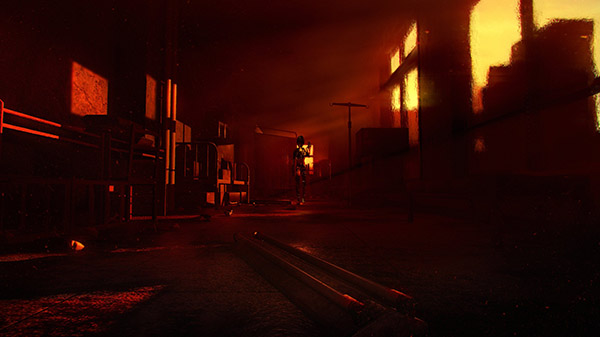 Yuoni PS5 Review – The Golden Hour offers a compelling premise for horror. The potency of this almost magical time of day stems from a belief that the veil of reality grows thinner. Some say miracles happen, but a fear factor also generates a different energy.

Youni attempts to channel that energy, and much like the seen and unseen in the Golden Hour, the good and the bad come together in Yuoni to make something that oddly works just often enough.

Yuoni PS5 Review – Ghostly Hide And Seek Romp Is Flawed, Yet Still Worth Checking Out For Horror Fans

Yuoni sees players taking on the role of Ai, a young high school girl with friends who tend to manipulate her with peer pressure. On this day, they coerce Ai to explore an old abandoned school, which is home to an urban myth regarding the spirit of a young boy who supposedly died there.

If the ghost of the boy finds you, you have to play hide and seek with him. The added stipulation comes with finding the boy’s doll and dropping it in a bucket of water, and if you can’t accomplish this before he finds you, you die. Naturally, your friends want to not only test the myth but bring in someone who seemingly lacks the moxie to handle a good scare. 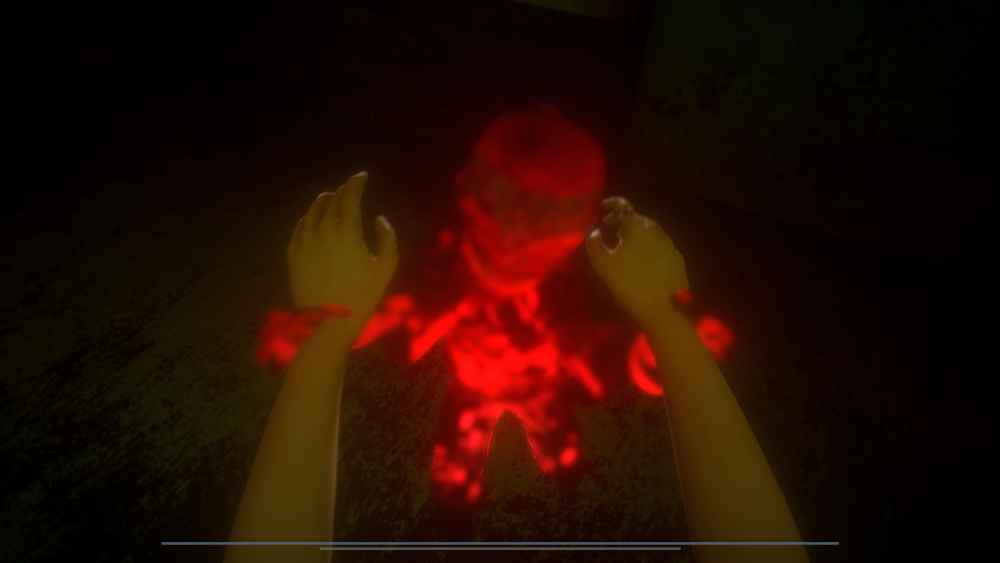 However, once each level begins, Ai finds herself all alone among the undead. It’s unclear what happens to them, but it likely follows the Golden Hour theme and isolates Ai as someone more aware of spirits. From there, Ai must use every hiding place she can find in order to win this horrific game of hide-and-seek and survive.

For me, good horror starts with smart aural presentation, especially when it comes to excluding sound. Yuoni does not fall back on cheap jump scares that rely on sharp crescendos or incoming music. Instead, it exploits the sounds that your adversaries make, let that be footfalls, moans, or slams. These effects lack clean spatial surround sound to truly benefit from a headset, but they fulfill their obligation well enough.

Making the best of things is commonplace in Yuoni, technically speaking. Nothing in this game offers any sheened polishing or hyper-realistic visuals; instead, Yuoni seemingly leans into its limitations by incorporating them into the gameplay. 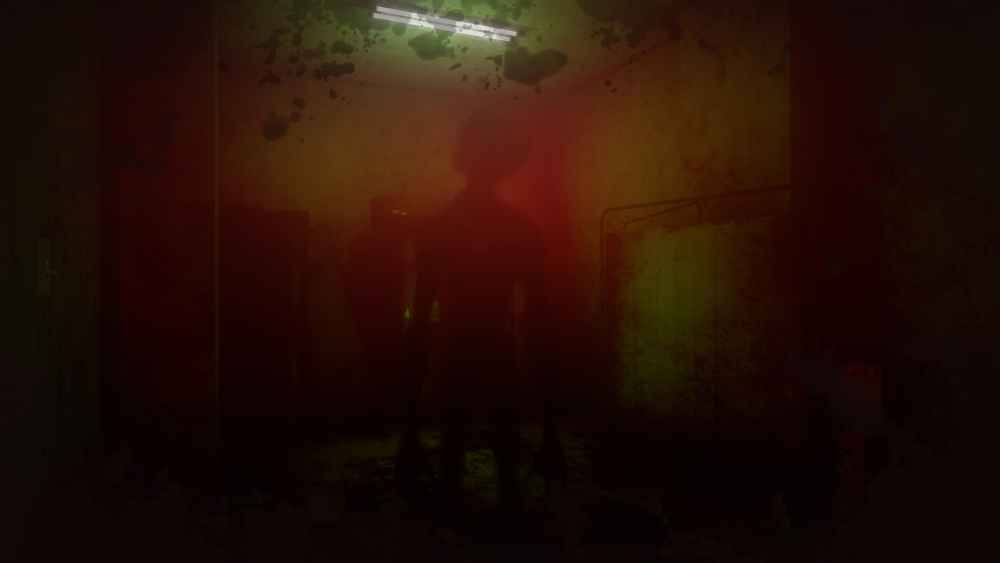 The first limitation comes in enemy design. A fair few of the featured enemies stand out, but the rest pass by without much of a thought. In particular are the killer ghosts, which look like the silhouette of a dented Thin Man. These enemies only invoke terror because they do the killing, but they chase you on invisible rails, or fixed pathways, and often stand in one spot for extended periods of time between attacks before moving again.

I hated seeing Chris Walker pursue me on weird rails in Outlast, and I’m not too fussed about the similarities here, either. Yuoni works better on this front because there are no open areas, so most pursuits, apart from larger rooms, end up being linear anyway.

You ultimately forget about this most of the time because you either run from them or get knocked off the census by them. Other limitations help Yuoni’s cause, but this one is more dull than game-breaking.

Transparent enemies, which are challenging to describe, hooked my attention the most. Their forms take up a kind of transparent space, and those spaces fill and empty with a patchwork foil-like texture. If you stop moving, the texture stops. If you look in just the right angle, these ghosts are practically invisible until you change your angle. 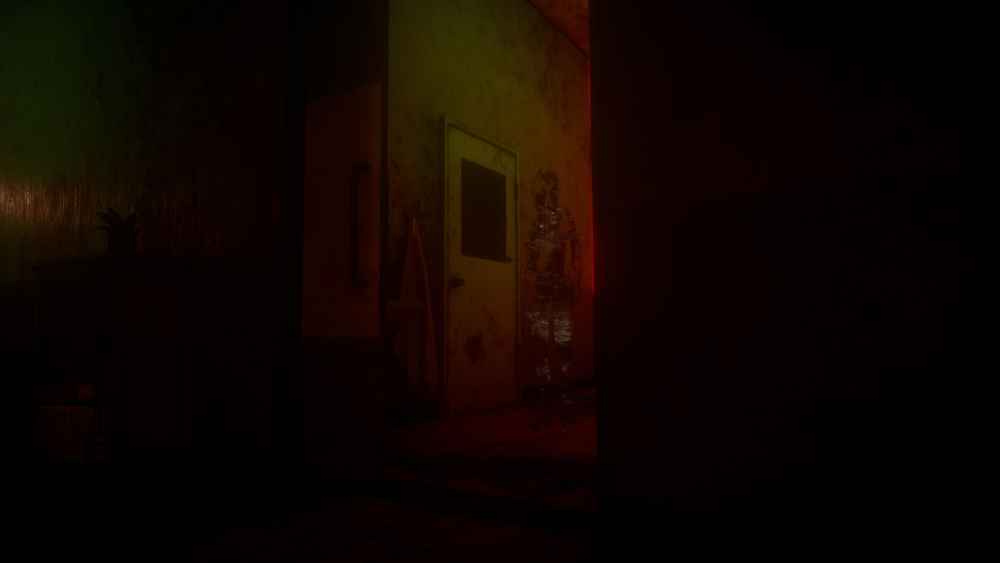 I initially saw this as lazy design, since it looked weirdly photoshopped. The longer I played, the more it began to deceive my eyes. This feels like minimal programming, but it also places more of the experience on you as the player. You can miss an enemy if you’re not careful, but it can also feel boring if it doesn’t occasionally fool you.

All this on-the-fence talk starts and ends with the ghost of the young boy, Tsun. He appears bright red, and the frame rate of his animations mimics the pulses of a strobe light. His graphical abnormalities create a lot of mystery because, unless he says he found you, you never know if he actually sees you or not; and he doesn’t always say he he has, either.

To help grease these mixed-bag choices, you also can hold your breath. More often than not, enemies will have better hearing than sight, and this mechanic allows you to access many areas you probably shouldn’t be able to. You hold your breath with R2, and mashing R1 and L1 allows you to strain your lungs to hold it for longer.

This mechanic appears in other games too, but forcing you to mash two buttons here “simulates” that built-up tension from forcing yourself to not breathe. 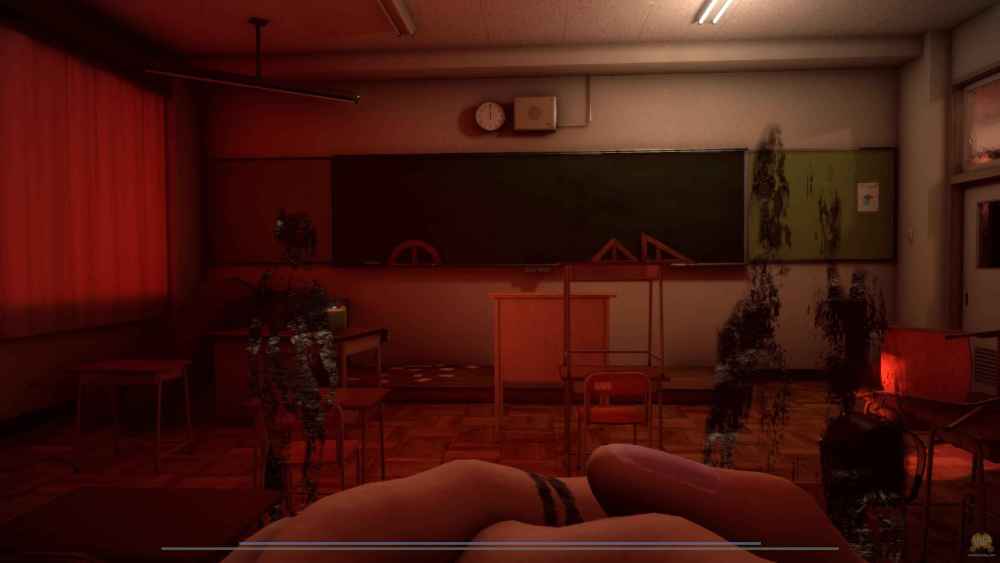 The downside to holding your breath is it lets you get away with some things you probably shouldn’t be able to. One time I all but bumped into a transparent enemy while holding my breath, and it didn’t hear me at all, even my light footsteps. All in all, if you can commit to the way the game delivers this style of horror, then Yuoni is a game worth trying.

A Mixed Bag for Horror-Hungry Gamers

Yuoni is stuffed with oddball technical issues that never actually break the game; in fact, it manages to lean into them to interesting effect. Having said that, creative choices will make or break the experience. While I enjoyed Yuoni for what it offers, the oddities that just don’t work cannot be ignored.

Still, Yuoni is one of those games that I believe will improve with the passage of time, and there’s enough enjoyment here to make it worth any horror fan’s time.

Yuoni takes the hide-and-seek formula and adds a few new concepts to it. Not everything works as well as the others, particularly the design of some of the common enemies and their movements. However, it makes some thoughtful creative choices and takes chances with them to make something that at least horror fans should try out. Yuoni is far from perfect, but it still holds its own merit.