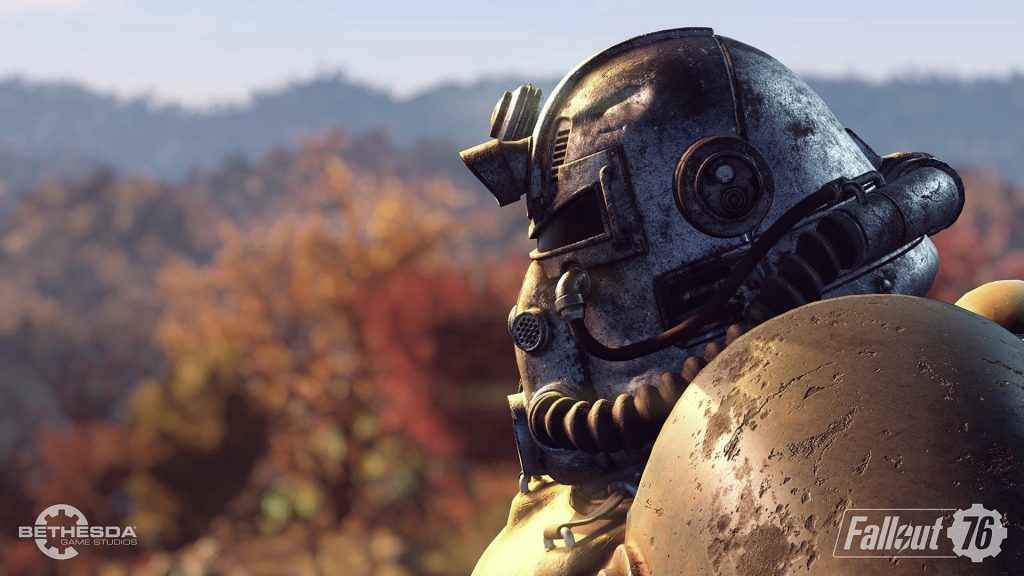 Bethesda has a messaging problem with Fallout 76. The issue is simple: Fallout games are typically single player experiences. Fallout 76 can only be played online with a group of twenty players bouncing around the giant map.

Some single player fans have balked at the idea that they might have to share their beloved Waste with strangers. To assuage players’ fears that they might be thrown into the toxic mire that hides in certain corners of the online gaming community, Bethesda has issued repeated statements that players can play singly, ignoring others if they wish. Just pretend the scary strangers aren’t there, Bethesda seems to be saying.

Last night during the PS4 beta, I learned in the hardest, most dramatic way possible that I will indeed be ignoring others (or at least only playing with my friends). But pretending the scary strangers weren’t there was not an option available to me. If what I experienced last night is representative of the player base that will be bouncing around in Fallout 76, I want no part of it.

My love for the Fallout franchise is deep and abiding. I have a Vault Boy figurine on my desk at work. I am one of those guys that lounges around all weekend in a Vault Boy t-shirt. The delicate mixture of lost innocence and dark humor that pervades the fallen United States in the Fallout universe clicks with me on every level.

Fallout is, without a doubt, my favorite video game franchise. Which is why it felt like such a bucket of cold water in the face when the Fallout 76 beta booted up last night and the voice of a racist child abuser began immediately booming out of the speakers in my living room.

I was so excited about the announcement of Fallout 76 that my teenage sons ponied up the cash and pre-ordered it for me as a birthday gift back in July. I was thrilled to take part in the PS4 beta, downloading the client last week.

I made arrangements with my wife to put the kids to bed so I would be able to play uninterrupted for the four hour duration of the beta. I loaded the client earlier in the day to be certain that there were no last minute patches that might delay my start. Settling on the sofa with a soda water and a bag of peanuts, I was ready to go. Though I’ve read about the reports of folks locking up and deleting the client, I had no such problems. I logged-in as expected and was presented with a glorious “Play” screen. Without looking at any of the settings, I immediately clicked ” Play” .

The opening cinematic began playing, and I watched with rapt interest, delighted to have a small bit of early Fallout lore filled in for me. The cinematic dynamically shifts into the character creator, one of my favorite parts of the overall Fallout experience.

I usually take about 45 minutes fussing around with the various levers and menus until I have things just right. I usually do this just for myself, but this time other people would be seeing my character, so I planned on being even more meticulous with my design. Snuggling my blanket more tightly around my legs, I gripped my DualShock and sat up a little straighter.

[Note to readers: I would not normally use the word “retard” in my writing. If you were shocked by it, so was I. I will be using Mad-Lib style brackets for the rest of my story, leaving it to you to fill in the blanks.] I sat stunned for a moment, looking confused around the living room. Had Bethesda implemented some ” white man only” policy that I was unaware of? No, of course not. This was simply the voice of some other Fallout player who also happened to be making his character, being piped directly into my home through the magic of Fallout 76.

” No!” the awful voice continued. “That is not a white man! That is a [swear word] [derogatory term for someone of Middle Eastern descent].”

” It’s not!” the voice of a young child insisted. My heart froze. ” It’s not a [derogatory term for someone of Middle Eastern descent]. It is a white man.”

“No, Daddy”, the little voice said quietly. I couldn’t tell if it was a boy or a girl, but the child sounded like they were crying a little. It was absolutely heart breaking.

My jaw on the ground, I began fumbling around with the controller, seeking a way to mute the awful scene that was playing out in a living room somewhere else in the United States. I did not know if the terrible man that was haranguing his poor child was aware that everyone could hear him. I don’t know if he would have cared. I did know that my wife had my kids in the next room watching Trolls on an iPad, and I didn’t want them hearing this.

“Get that hook nose off of there,” the world’s worst father hollered into my home. “He looks like a [swear word] [derogatory term for a Jewish person].” It quickly became apparent that there was no way to mute other players from the character creation screen. I was going to have to mute my sound system to keep this cretin from screaming more obscene horrors into my home.

“No, you [upsetting term for someone with mental disabilities],” the voice yelled. ” He has [derogatory term for people of Latino descent] eyes!”

Sighing, I picked up the remote and muted my sound. I dejectedly created my bogus-looking character in about 90 seconds, and entered Vault 76. As soon as I was able to, I entered the options menu and silenced the other players so I could turn my sound back up. I kept them silenced for the duration of my four hour play period.

A few other players showed up in my iteration of Vault 76. I ignored them. As soon as I was out into the open world, I brought up the map to see that most of the other players were gathering around the next quest marker. I set out in the exact opposite direction.

After I settled down, I had a great time in the wastes of West Virginia. I explored the depths of a mine, forged some cool weapons, and got overwhelmed by a train of ghouls that were dumped on my by another player fleeing the pharmaceutical office building I was exploring. After the majority of players cleared out of the quest point, I meandered over to continue the main quest line. By myself.

What happened when I logged into Fallout 76 was not Bethesda’s fault. They don’t control the actions of people that purchase their games. That headline might seem unfair to them, but this is a true story. This really happened, and it made me think about ways that it might be prevented from happening to other players.

If I could communicate directly with them, I would advise Bethesda to withhold dropping players into the group chat until after they clear the character creation tools, or give players a way to silence the chat while creating a character. I would go so far as to say that it might be wise to make player chat something that people opt into, rather than forcing them to opt out. Put a big obvious red button on the log-in screen, with a warning that opting in might open people’s lives to the toxicity of hateful people.

I feel awful for the poor child that was forced to endure the harassment from their nightmare father while attempting to create a character in a game that is wildly inappropriate for children. I know that there are a lot of awesome Fallout fans, but less than one minute into Fallout 76, I decided that I would never even try to play with strangers. This one guy is not a fair representation of the gaming community, but I’m simply unwilling take the chance that I might run into another like him.

I play video games as an escape from the difficulties of the real world, a way to turn my mind off and disengage from all of the many problems in the troubled time we find ourselves in. I will absolutely continue playing Fallout 76, but I will be experiencing the horrors of the Waste without mixing in the horrors of the real world, thank you very much.

Nothing will change my love of Fallout, but the open multiplayer aspects of Fallout 76 lost me in less than 60 seconds. It’s not Bethesda’s fault, or Fallout 76’s fault. Awful people exist in the world. But going forward, I will be playing Fallout 76 with my friends in a PlayStation party, and Fallout 76 group chat will be muted. For me and my family, it feels like the only responsible move until some more robust, industry-wide controls are in place.