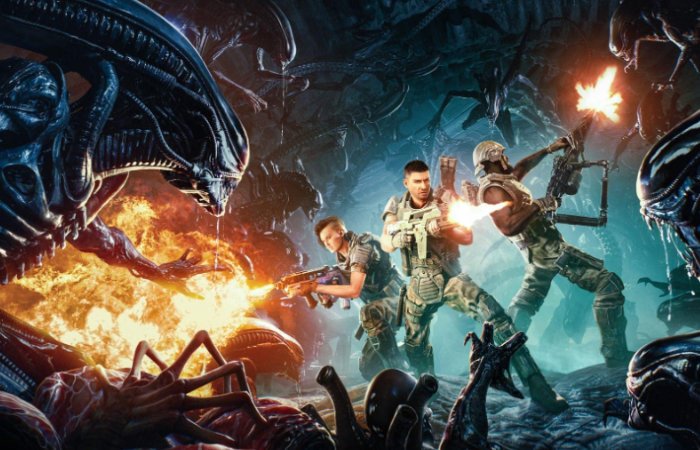 The developer behind Aliens: Fireteam Elite has revealed that Cross-Gen Play will feature in the game, allowing PS5 and PS4 players to team up. However, Cross-Platform Play is not currently in the pipeline, so there will be no mixing of PlayStation, PC and Xbox players.

When asked about Cross-Platform Play during an interview with GameSpot, Cold Iron Studios boss Craig Zinkievich replied simply, “there is currently no plan for cross-play at this time.”

The omission of this feature seems a bit odd, as Aliens: Fireteam Elite is built around the concept of playing with other people on a consistent basis, as replying missions earns you intel to flesh out the game’s story and additional Alien lore.

Each mission features alternate paths, random objectives, or varied enemy encounters to keep the missions fresh. There’s a series of technology and heuristics that modify the population of the mission as players play through.

There are no built-in penalties for leaving. If a player drops out or is disconnected, their place is taken by an AI teammate until the end of the mission.