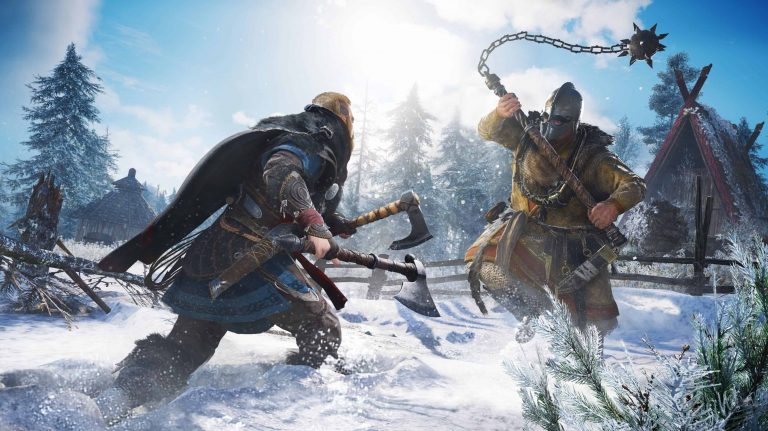 Assassin’s Creed Valhalla is set to release for PlayStation 4 on November 17, 2020, and coming soon to PlayStation 5

Assassins Creed: Valhalla has a huge amount of new mechanics for the Assassin’s Creed franchise. Ubisoft used real historical research to influence the gameplay. Having your crew at the blow of a horn is an example of this. blowing your horn will call your crew into battle and ad you in fights. this will also help you gather more resources to upgrade your settlement. Along with these changes you can also no dual-wield any two weapons, including two swords. For a full break down of gameplay check out the video below.

You can catch the Assassin’s Creed Valhalla extended gameplay demo below.