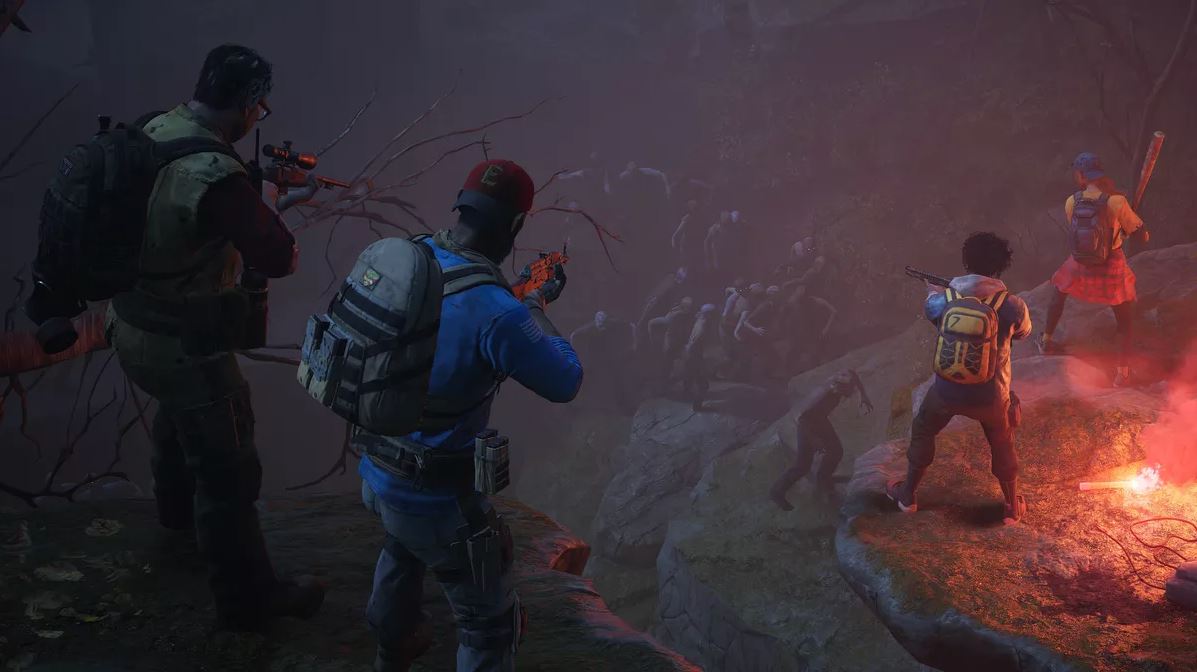 After being revealed at The Game Awards last week, Turtle Rock Studios has released an extended gameplay demo for Back 4 Blood, giving us a better look at how a match will play out and what we can expect when the game releases in June on PS5 and PS4.

The gameplay is much more in-depth than what we saw last week and gives us a look at multiple types of zombies, as well as some map objectives which will need to be completed to progress forward in the game. We get to see some melee and ranged action, as well as what it is like to heal yourself, pick up loot, and refill your ammo and resources.

At a safe house, we also see Cards, which appear to work like active and passive bonuses, allowing you to buff and stay strong as you take on harder and harder missions.

Turtle Rock ar behind Left 4 Dead and it certainly seems like this is trying to bring back this style of fast-paced run-and-gun zombie action. The game looks pretty high budget and details on the environment, weapons, and even the voice acting all seem great so far.

You can watch the Back 4 Blood extended gameplay trailer below: