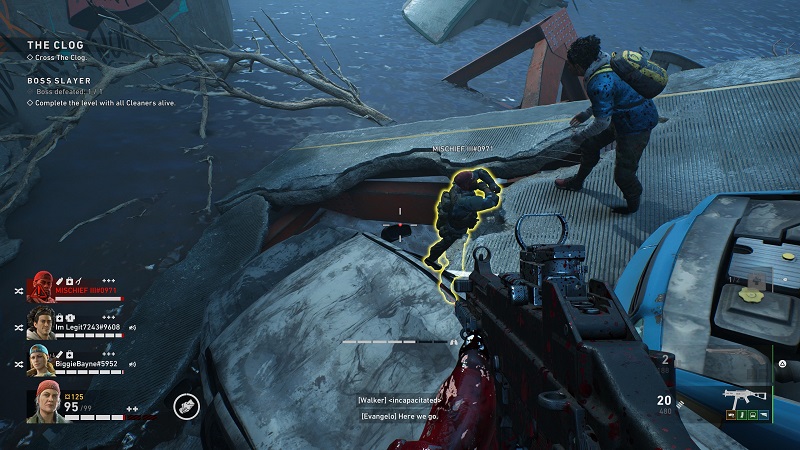 Back 4 Blood Review (PS5) – Back 4 Blood is in every way a spiritual successor to Left 4 Dead, which is in turn arguably one of the best co-op series of all time. For yet another zombie killing game where they don’t call them zombies, Back 4 Blood is an excellent inclusion into the franchise, though not without its own personal hiccups.

Overall, the bloody time you’ll have with Back 4 Blood will consist of plenty of fun seemingly no matter what game mode you find yourself in. Just make sure you bring some friends along with you, of course.

Shut Up And Shoot Zombies 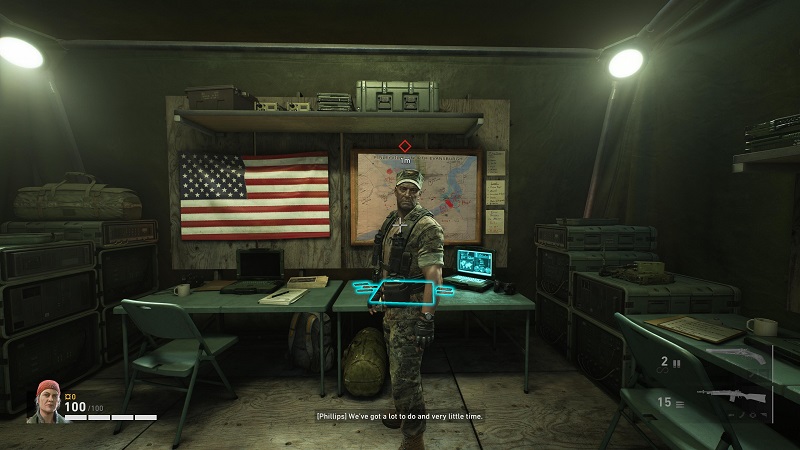 There’s an excellent simplicity to Back 4 Blood that I really do love about it, though it also brings about one of its biggest oddities. I’m generally a narrative focused person, so when it seemed like Back 4 Blood could have some kind of story based around the Cleaners who you play as, I was intrigued even more than I had been previously.

I’m aware that a trailer is rarely an accurate representation of a game, but it still felt jarring just how entirely unimportant the story is to the game. It was evident that even the developers presumed you wouldn’t care about the narrative so each cutscene is marked with the option to skip it with a box in the bottom left corner of the screen. It honestly wouldn’t be so annoying if you could get rid of it, but you can’t, and for whatever reason it feels terribly distracting.

So shut up and shoot zombies I guess, which is by all accounts fine and I’m not really upset at the game for not having a story worth following, but it can’t help but feel a little disappointing when the characters all seem quite interesting in their own right.

I’m sure I would like to get to know them more, but that’s not really why we’re here, so it doesn’t matter too much. What does matter is that the campaign you go through is filled with great looking environments, each varied in their design enough to provide interesting and great looking levels to run and shoot zombies through.

It’s all the campaign really needed to deliver on with the lack of any story, and the levels all include intense moments that have you white knuckled, firing off as many rounds as you can while watching blood splatter everywhere in the name of your survival. It’s gripping, fun, solid gameplay that you can easily lose yourself in with a good group of friends to back you up.

It’s All In The Cards 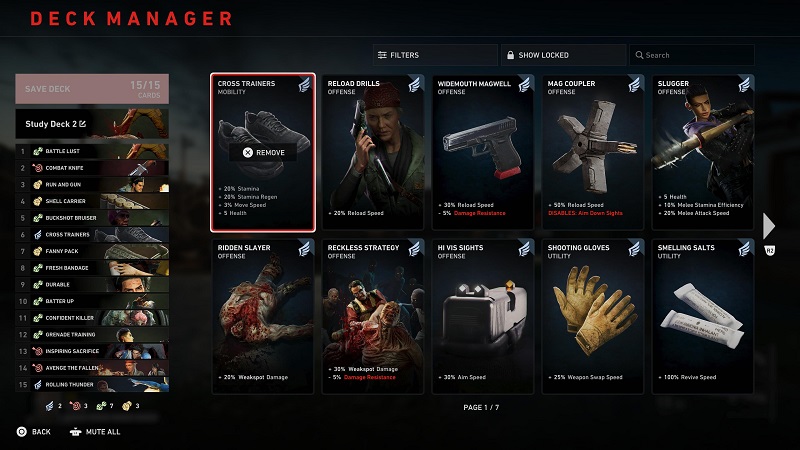 As much as Back 4 Blood is inspired by Left 4 Dead, it’s not without its own unique qualities, like the ever important card system that permeates all aspects of the game. You need to build a solid deck of 15 cards, each with different stat boosts or passive abilities, some benefiting you, others your team. In every case you need to figure out which order you want those 15 cards to appear to best suit each situation you might be in.

You’re given a starter deck and once you begin to accumulate supply points you can look towards acquiring more cards. It’s key to have as many as possible, because the cards are not just a sign of progression, but a key element in how the game’s difficulty plays out. Recruit difficulty for example is the starting point, and it’s both easy enough with a slight challenge to provide a thrilling first experience but inspires little excitement on every replay.

What’s best about it though is that you have the freedom to really try out different decks, Cleaners, and weapons without a huge fear of dying. Moving up to the second level however, at Veteran, shows you that Back 4 Blood is a much more intense game than anticipated. My friends and I tried time and again to even surpass the first act on the Veteran difficulty, only to have to succumb to the truth that we need to come back with better cards.

Accruing supply points however can be slow going, and with the difficulty jump involved from one level to the next it can make your progression feel halted almost. It’s also another thing to consider that you’re unlikely to consistently find random people to play with who will hop on a microphone and communicate, something that is key in highly intense co-op shooters like this, making playing these levels with strangers feel even more impossible.

When you do finally build your first strong deck however, you start to see where the power fantasy is supposed to come from. Using your cards to bolster your playstyle and advantage can be calming through the chaos you’ll ensue, as you start to weave through sections un-phased where before you could barely make it through.

Who Used The Super Glue? 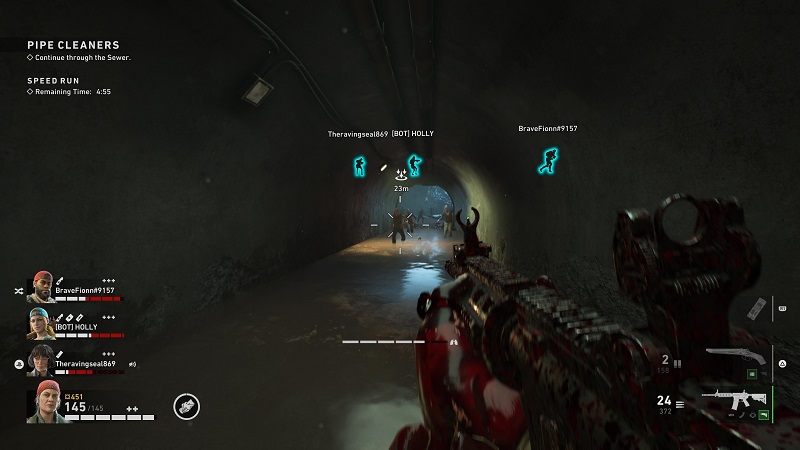 While the cards are of course key to your success in Back 4 Blood, your arsenal is the other half of that success. Gunplay in Back 4 Blood across each weapon feels incredibly solid, and the inclusion of adaptive trigger and haptic feedback support for the DualSense does not go unnoticed as it adds a considerable amount of variety to the experience from weapon to weapon.

Although while the gunplay on a whole feels slick and modern, what is an incredible annoyance when it comes to the guns is the inability to transfer attachments from one weapon to another or remove attachments from a weapon you don’t want. I cannot tell you how many times I was excited to pick up a new weapon only to find the game put a sniper scope on it for some reason, making the aim-down-sight animation last seemingly forever, and effectively ruining the gun for me because I can’t just remove the scope that doesn’t need to be there.

It’s like someone put super glue on every weapon attachment and now none of them can be removed. It’s just a small thing that adds to a big frustration, because while it could be seen as a design choice to further imply to the player each choice is important and you have to adapt with what you’re presented, it feels like a needless limitation that really has no bearing on my experience other than it’s souring what should feel easy to love.

Not letting you sell things back to the store at the beginning of each level is fine, as again it’s an extension of the games intense survival theme – each choice is important so best not waste your copper on something you don’t need. But it almost feels egregious not letting you modify your weapons attachments, especially when it would actually just create another layer of choice for the player, and almost every other modern shooter allows you to modify and transfer attachments between weapons.

It’s my biggest gripe about the gunplay because, well there’s not much else to moan about but also because it just leads to a lack of variety in your loadout. While every shiny gun you might find in a level could be tempting, and some worth it, you’re almost always better off building a strong weapon over time finding attachments to improve it. Swapping weapons after you’ve modified yours makes the choice even more difficult, and at least in my case kept me clutching my M4 carbine tight in most games. 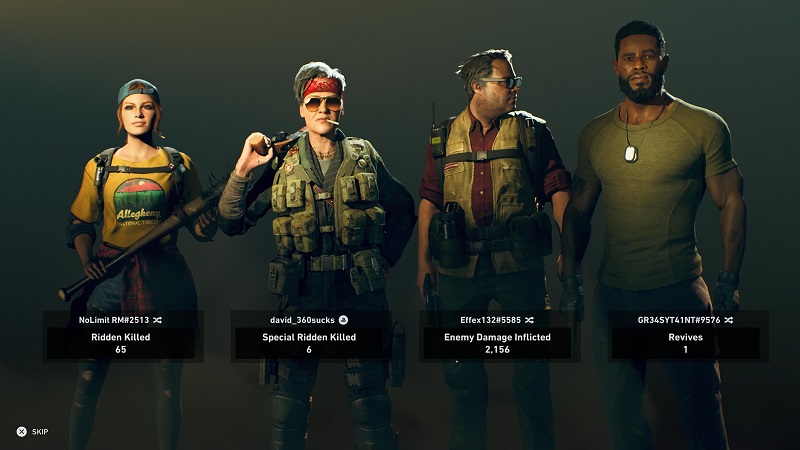 I’ve already mentioned that Back 4 Blood is of course a great time with friends, but it’s worth really noting how core the co-op experience is to this game. Having a strong deck is important for the higher difficulties but it’s far more important to have good communication between you and your team. You simply will not get far at all without working together.

If nothing else, that’s really what I love most about Back 4 Blood. You can still have a thrilling time putting the difficulty up during solo play, but those successes won’t feel the same as they will playing with other people. Making key plays while thinking on your feet together and working as a unit to overcome what can really feel like impossible odds at times has been some of the most fun I’ve had in a long time.

Get Out There And Start Cleaning

Back 4 Blood is an incredible achievement for developer Turtle Rock Studios, though it’s not without its issues. The card system is deep but can be overwhelming, and while cutscenes and some in game dialogue might attempt at creating a more grounded and consistent narrative, there’s practically no follow through on evolving anything regarding the games story, characters, or world even at any point.

Those issues can’t likely be fixed with a patch, but the developers are already being proactive in listening to the communities feedback now that the game is out in the wild, which is a good sign, so it could be possible that Turtle Rock fixes issues I have like my gripe with weapon attachments. For example in regards to the issue around solo play halting progression, the developers have already stated they’d look into making that change.

Whether or not they fix it, even the difficulty wall you hit can’t seem to totally ruin the fun to be had in Back 4 Blood. For any fan of Left 4 Dead this is almost a must pick up, especially if you have a group of friends ready to jump in with.

Back 4 Blood is currently available on PS5 and PS4.

Back 4 Blood stands as a new standard in co-op shooters. With vibrant, intricate level design, solid gunplay, and intense moments brought on by a variety of dizzying enemy types balanced through a deep card system, it stands as a great achievement. The difficulty wall is annoying and other in game choices feel odd, to say the least, but that doesn't stop you from having an absolute blast, especially playing with friends.