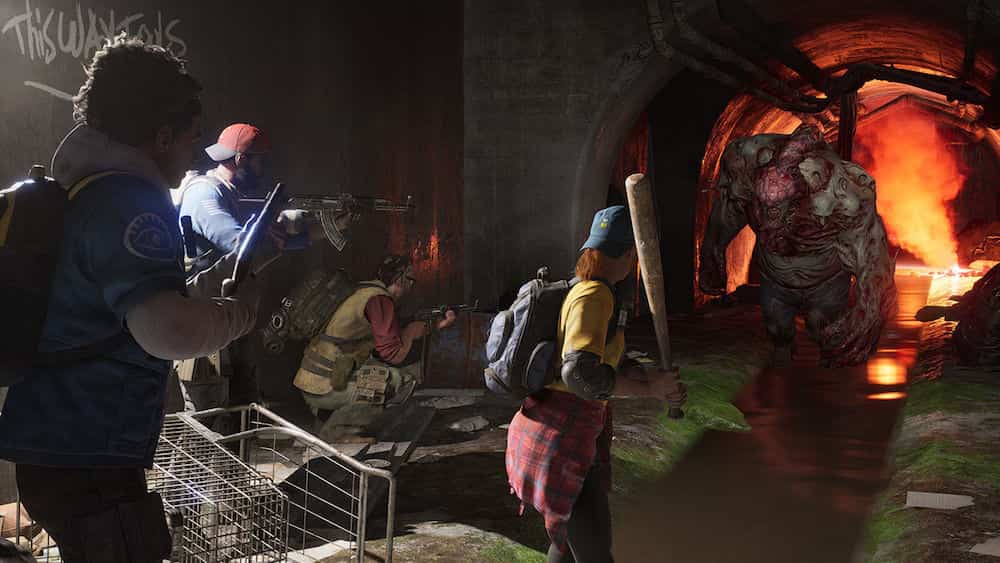 Turtle Rock Studios has unleashed a claret-drenched Back 4 Blood Open Beta trailer for your viewing pleasure, which reveals a number of key features players can look forward to including cooperative gameplay and Swarm PvP in action.

The Back 4 Blood Open Beta will feature plenty of content to tuck into, including two Swarm PvP maps, two co-op maps, numerous playable Cleaners including Evangelo, Holly, Walker, and Hoffman. In addition, players will be able to try out six different Ridden variants such as the Bruiser, Retch, Hocker, Exploder, Crusher, and Stinger.

Back 4 Blood is scheduled for release on PS5, PS4, PC, Xbox Series X/S, and Xbox One on October 12, 2021, courtesy of publisher Warner Bros. Interactive Entertainment.

Turtle Rock Studios recently revealed that anyone can access the game’s paid DLC in a match, providing the team leader has purchased it.