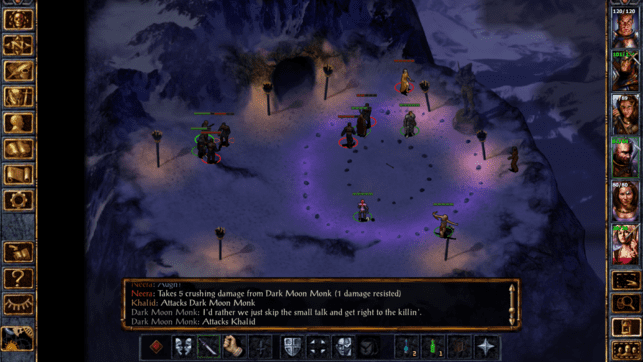 The enhanced versions of classic RPGs Balder’s Gate, Balder’s Gate II, Neverwinter Nights and more have been given a concrete release date on PS4, Nintendo Switch, and Xbox One, Beamdog and Skybound Games have announced. The news comes in wake of reports that developer Larian Studios is working on Balder’s Gate 3, while the enhanced Balder’s Gate titles were previously released on PC a few years back.

The full lineup includes Balder’s Gate Enhanced Edition, Balder;s Gate Balder’s Gate: Siege of Dragonspear, Balder’s Gate II, Planetscape: Torment, Icewind Dale, and Neverwinter Nights. As well and digital versions of the games, players will also one able to pick up special boxed version of Balder’s Gate and its accompanying titles, which launch in the US on September 24 and in Europe on September 24.

Neverwinter Nights: Enhanced Edition meanwhile will receive a physical release on December 3 and December 6 in the US and Europe, respectively. The boxed versions will set you back $49.99. Here’s the full contents:

Neverwinter Nights: Enhanced Edition: The 2002 Computer RPG of the Year and all its DLC deliver 10 standalone D&D-based adventures featuring co-op and online multiplayer.

Each of the games have been tailored for console play, and have been spruced up with high-resolution visuals, optimised controls, new characters & classes, enhanced multiplayer functionality, revamped UI and UX, bug fixes, balance changes, and much more.

“It’s such a pleasure to celebrate the 20th anniversary of one of the most legendary RPGs of all time, the original Baldur’s Gate, as well as the iconic games it inspired, by bringing these special enhanced editions to a new generation of players and platforms,” commented Iean Howe, Skybound Games’ CEO.