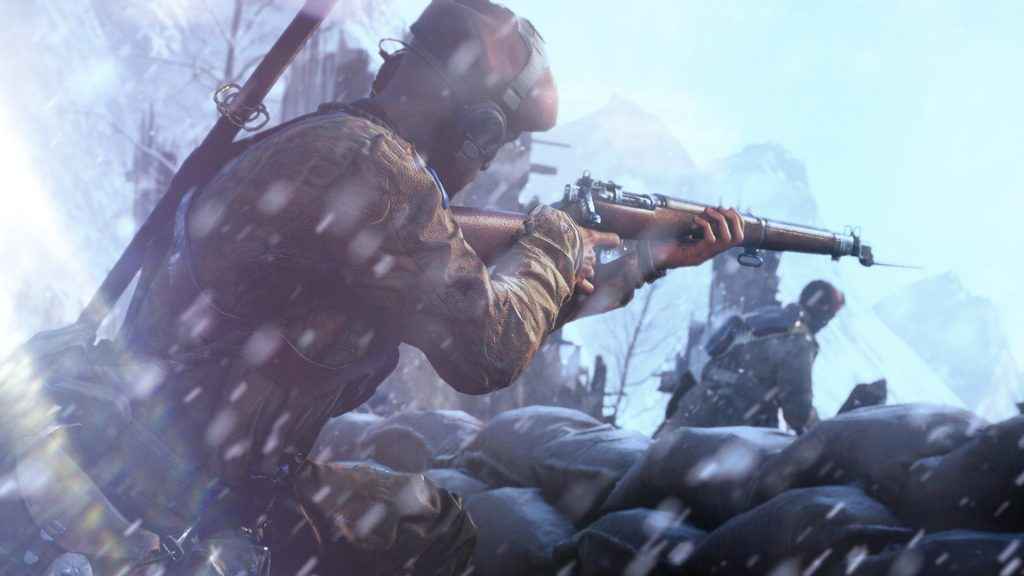 There’s been a steady drip-feeding of relevant Battlefield 5 information over the last couple of weeks. In the form of various blog posts and a rather sizeable trailer titled This is Battlefield V. More recently, the publisher has dropped a massive info bomb containing plenty of juicy details relating to its newest game mode: Battlefield 5 battle royale.

It can be difficult to keep track of all this information, however. So, to keep things nice and simple, we’ve put together this little guide collating everything we know about the game’s battle royale mode to date.

This might seem like a rather stupid question, but you’d be surprised by the number of people who’ve taken to calling it, simply, Battlefield 5 Battle Royale.

Why Firestorm, you might ask? Well, that’ll be because Battlefield’s map-restricting event of choice is a huge inferno. I guess that’s slightly better than a concentration of inclement weather or an inexplicably vast forcefield. As it turns out, DICE has enlisted an extra pair of hands to share the development duties. Namely, Criterion Games (the studio best known for it work on the Burnout series).

The brief: to elevate Firestorm above the rest of the genre.

In terms of gameplay, Firestorm offers an interesting blend of traditional battle royale mechanics: i.e., teams of players parachute, unarmed, into a vast and ever-shrinking play area, wherein they must find whatever resources they can find and fight to become the last squad standing.

However, DICE is certainly working hard to put its own, unique spin on things.

Aside from the incorporation of signature mechanics – like period-accurate vehicles, contextual destruction, and an emphasis on squad play – Firestorm will feature a range of additional side-objectives based on the game’s iconic Conquest mode. Providing additional opportunities to acquire the best available gear and thus a complementary system that taps into that high risk/high reward mentality of the battle royale genre. With this surfeit of weapons, vehicles (including tanks), destructible environments, and sub-quests to consider, DICE and Criterion have had to create the biggest map ever to appear in a Battlefield game to accommodate everything.

EA hasn’t revealed exactly how large the map is at the time of writing. But, in a series known for its large, multi-layered maps, the fact that DICE is describing it as significantly larger than anything that’s come before, suggests it’s extremely vast indeed.

A maximum of 64 players will fight for their lives in Firestorm, which might come as somewhat of a disappointment to those who’re used to Fortnite and H1Z1’s generous player tallies.

After all, not only is that 36 fewer than PUBG, H1Z1, and Fortnite, it’s also 16 fewer than the Call of Duty: Black Ops 4 equivalent, Blackout mode. And that’s assuming Treyarch doesn’t increase the total count to 100 upon release.

In addition, Firestorm will only support squad play – not solo or duos. With the mode’s 64 players being split into 16 teams of 4 at the start of each round.

Presumably, Firestorm will release alongside the base game on the 20th November 2018.

However, EA hasn’t actually confirmed this as of yet. Which, when taken into account alongside the very specific wording of the pre-order bonuses that make it clear the corresponding, Firestorm-inspired rewards apply to all Battlefield 5 game modes, hints that it might be something DICE patches in at a later date.

Will Battlefield 5 Battle Royale be Free-to-Play? Yes, because, as far as we’re aware, Firestorm will essentially be just another multiplayer mode accessible from the base game’s menu screen.

And no, because, at this stage, EA has no plans to release it as a separate entity a la Fortnite Battle Royale.

Does Battlefield 5 Battle Royale Require a PS Plus Subscription?

Again, this is something EA hasn’t explicitly confirmed either way.

But it seems almost certain a PS Plus subscription will be required to access Firestorm, just as it will be for Conquest, Grand Operations, and Battlefield 5’s various other multiplayer game modes.

Will there be a Battlefield 5 Battle Royale Beta?

Firestorm certainly isn’t available in the current Battlefield 5 open beta (which runs from now until the 11th). As regards a separate beta dedicated specifically to the battle royale mode, however, EA hasn’t confirmed anything one way or the other.

We’ll update this article if that changes.

That’s everything we know so far.

Don’t hesitate to post any other questions you might have appertaining to Firestorm or the game in general in the comments below. And be sure to check back with PSU regularly over the coming weeks and months for up to the minute info on everything Battlefield 5.