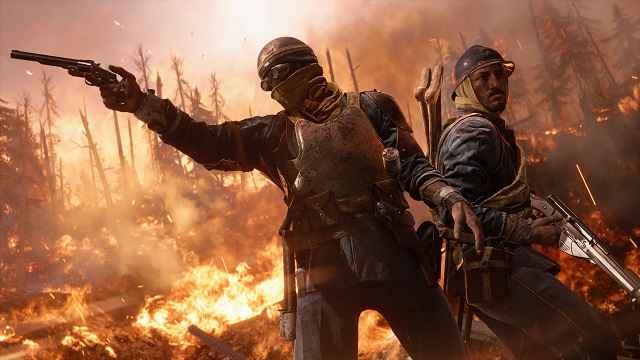 Since the unveiling of Battlefield V earlier this year, fans have been in dispute about the authenticity of of some of the character customization options.

While some fans argue that historical accuracy should be used in the upcoming World War II game, others disagree citing the lack of authenticity throughout the series as an element that adds fun to the game play. During a livestream that took place during the Open Beta, producer Andrew Gulotta and community manager Dan Mitre admitted that community feedback wasn’t all positive when it came to Battlefield V customizations.

We heard the community. We’re still looking at World War II through DICE’s lens, but how forward, how crazy we got with some of that? We heard the community, we understand there were some concerns about, hey, where’s the authenticity? We want players to be excited about customizing their characters with authentic gear.

He went on to add:

However, he also added:

Nothing is off the table. Again, we’ll watch how the community reacts, maybe we’ll try something. The nice thing about the armory, is we can put something out there, and if it doesn’t stick, it doesn’t stick. But first and foremost, we want to start with this authenticity approach.

So maybe it’s not all completely going to change then.

We shall have to wait November 20th to find out! In the meantime, check out our complete guide to Battlefield V Firestorm, the shooters brand-new Battle Royale mode.