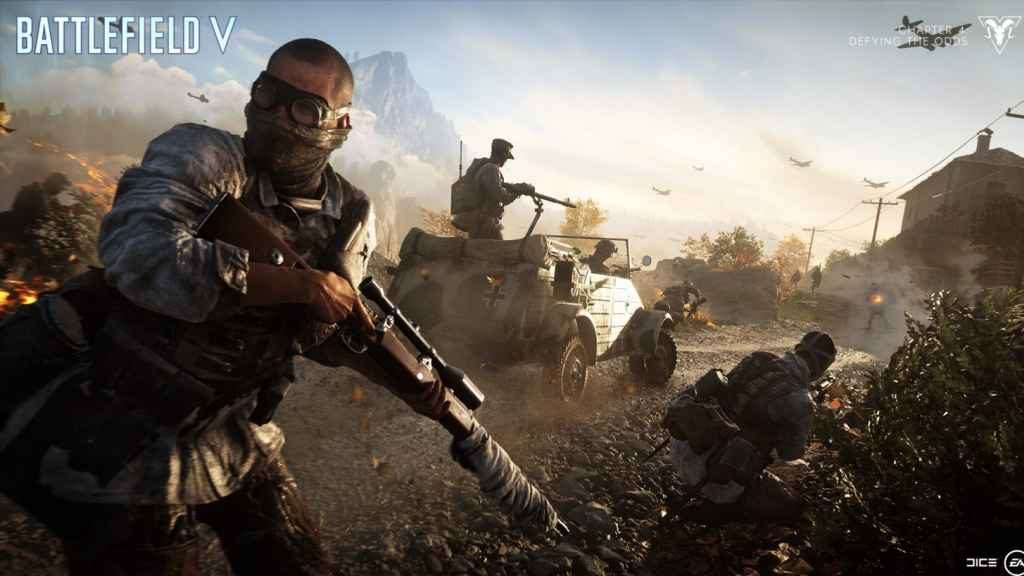 In a new post on the game’s official website, DICE has outlined the numerous bug fixes and gameplay tweaks arriving as part of the Battlefield V June update.

The inaugural update for Tides of War Chapter 4: Defying the Odds, it encompasses most areas of the ever-expanding, WWII-inspired shooter. Fixing a number of lingering bugs, whilst also making small but important changes to specific weapons, vehicles, maps, modes, and everything else in between.

First up, DICE has made AP Mines considerably more effective. Both the activation and blast radius have been increased, by 20% and 1 metre respectively, which will be music to the ears of anyone who enjoys setting a trap for their unsuspecting enemies. However, in the interests of balance, the maximum number of placeable mines has been reduced from three to two.

Medical and ammunition crates have also been improved in the June update.

Like the AP Mine, the effective radius of both crates has been increased to four metres. While, as they now interact with vehicles correctly, it’s possible to deploy either crate on top of a friendly tank, jeep etc. to provide teammates with a mobile healing/resupply service.

Lastly, DICE has fixed a particularly frustrating problem that was causing sudden frame rate dips when firing a stationary cannon or getting shot at in Firestorm.

DICE has made a similar number of changes to the game’s soldiers.

Hit boxes, for example, have been reduced. In the past, the detection of explosive and incendiary damage would be far larger than the actual soldier in multiple stances.

Additionally, though players will bleed out slightly faster upon entering the “downed” state, they can hold on for longer, too – for around 25 seconds as opposed to 21. While Firestorm players will be pleased to learn that manual leaning has finally made its way to the battle royale portion of the game.

As far as vehicles concerned, arguably the most notable change effects the Churchill Crocodile turret. Namely, the issue that prevented players from repairing it once it had been disabled has been addressed.

DICE has also fixed an error with the Pak40 and QF 6-pounder that caused them to auto-reload when zoomed in, and squashed a separate bug that would allow players to spot enemies with stationary weapons.

The most significant changes as far as Battlefield V’s maps are concerned, involves Firestorm.

Specifically, the Excavation Site in the southwest mountains, previously deemed unimportant, is now covered by a vast, mysterious dome-like structure. Crucially, however, “whatever is being built does not yet appear to be operational”.
However, DICE has also reconfigured various maps for Team Deathmatch in an effort to “increase intensity and give players a more consistent experience by reducing the size of combat areas and focusing on specific map locations”.

The maps in question being Aerodrome, Devastation, Fjell 652, and Narvik.

In terms of game modes, meanwhile, many of the changes apply to Frontlines. This, according to DICE, is to address concerns from the BFV community about the mode in its previous state. So, in a general sense, players can expect to see differences in round length, accessibility, vehicle spawning, and capture times.

Of course, this article provides only a brief overview of the most noteworthy changes and bug fixes implemented in the June update. For a comprehensive breakdown, head over to the Battlefield V website.