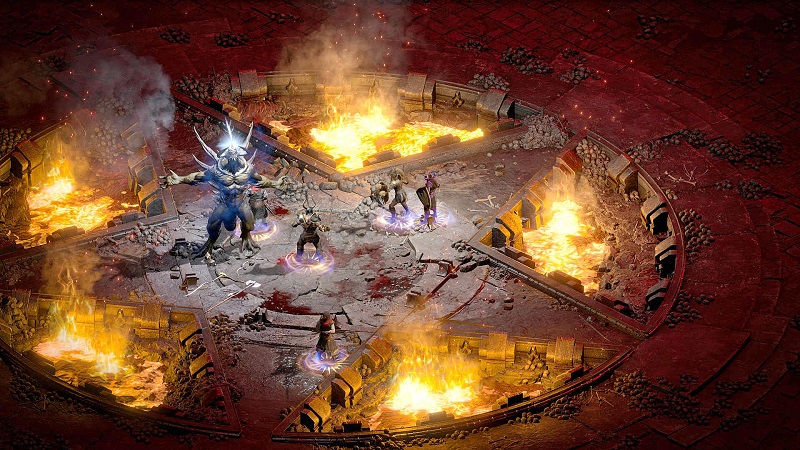 Diablo II: Resurrected has been experiencing constant server issues for the past six days so severely that players are asking for refunds, and so the company has taken to its community forums to try and detail what exactly has been going on, and how they plan to deal with the problems they’re facing.

The full post is a well detailed explanation of what problems they’re facing, how Blizzard operates its servers and what they are doing to fix it. You can read the entire post here if you like, but this is the short summary provided at the beginning of the post for those without the time.

“tl;dr: Our server outages have not been caused by a singular issue; we are solving each problem as they arise, with both mitigating solves and longer-term architectural changes. A small number of players have experienced character progression loss-moving forward, any loss due to a server crash should be limited to several minutes. This is not a complete solve to us, and we are continuing to work on this issue. Our team, with the help of others at Blizzard, are working to bring the game experience to a place that feels good for everyone.”

Diving into the post however does reveal that the issues seem to stem from a spike on the servers last Saturday morning, which resulted in a global outage on their end. Their efforts to mitigate this traffic though haven’t worked, as they were able to get the game running for a short time until they hit another global outage.

Other problems however arise from the fact that they’ve used a lot of the game’s old code in this remake, and aspects of that code aren’t up to snuff enough essentially for what Blizzard called “modern player behavior”, in that the way people play the game now causes for far more creating, loading, and destroying games quickly, back to back. All it does is cause more of a strain on their servers.

Blizzard also found problems along the way as they continue to investigate the issues, so adding those to the ‘fix-it’ list only add to the amount of time this whole fix will take.

They also explained why players potentially lost progress between outages, saying it was ultimately due to a choice they made in order to keep the game up for people to keep playing rather than take it down for everyone in order to save peoples progress.

In terms of what they’re doing to try and make sure the servers don’t “fall over” again as Blizzard called it, they’ll be utilizing a few short term tools like rate limiting, which could potentially bring up an error message, though that is an expected occurrence.

There will also be a login queue put in place, and critical services for the game will be broken down into smaller services, as to deal with them on a more reasonable scale.

Suffice to say that Blizzard has quite the task ahead of them, and it doesn’t look like these problems they’re facing will be solved anytime soon. For now, probably best to be patient and give the team the time they need before logging in again. I’m sure all our backlogs could use some love.