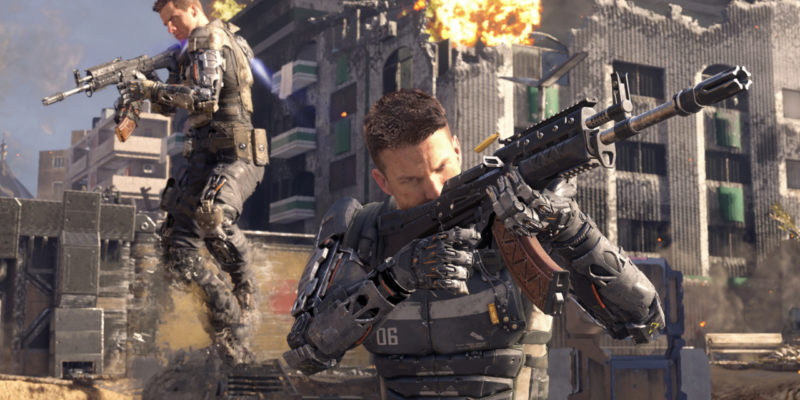 Treyarch’s David Vonderhaar has seemingly confirmed that Call of Duty 2020 will not feature jetpacks, after fans reacted negatively to their inclusion in Call of Duty: Black Ops 4. While the game has yet to be revealed yet, it is hotly tipped to be yet another entry in the Black Ops series.

Call Of Duty 2020 Jetpacks Shot Down

Vonderhaar revealed the news in a series of Twitter posts after he was quizzed if jetpacks would be returning for this year’s Call of Duty.

‘NO,’ was his succinct response to a fan saying ‘you butter (sic) have jetpacks in the next cod.’ After someone suggested that the feature would ‘revive’ the franchise, he added:

Such short-term memories. You hung me from the highest branch. No. NO. I have PTSD.

So, yeah, it doesn’t look like jetpacks will be appearing in Call of Duty 2020. That is, assuming there’s any need for it; we don’t know if the game is going to be set in the future or not, as it could take place during the Cold War for all we know.

Activision has yet to fully unveil this year’s Call of Duty game, but you can be sure that it’ll release for both the PS4 and PS5 when it turns up on shelves.

Call of Duty traditionally operates on a three-team development cycle, giving each new game more time in the oven. Last year’s game, Call of Duty: Modern Warfare, was developed by Infinity Ward, and prior to that, Treyarch worked on Call of Duty: Black Ops 4.

While it should be Sledgehammer’s turn this year (having not released a game since 2017’s Call of Duty: WWII), it appears that Treyarch is instead taking the reins on this new title.

The Call of Duty series launched back in 2003 for the PC and has since gone on to sell over 250 million copies worldwide.