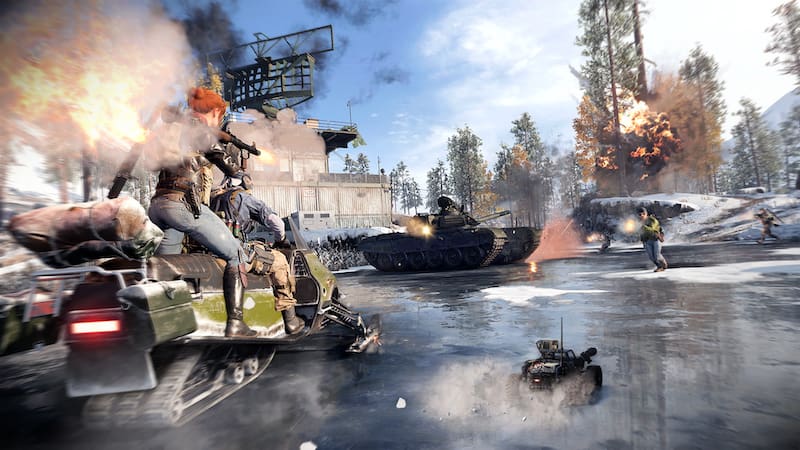 A Hugely Promising Return To Prominence For Treyarch

For the longest time, Call of Duty’s multiplayer has held ultra-responsive and ultra-smooth gunplay as the cornerstone of its ruthlessly compelling design. In Call of Duty Black Ops: Cold War (that will never stop being a mouthful), Treyarch have ensured that the same buttery smooth gameplay which has defined the best titles in the series has seemingly returned in formidable fashion.

Providing a tantalising glimpse into the multiplayer shenanigans of the full game when it launches in November, the Cold War multiplayer alpha actually provides a fairly generous smattering of modes and maps for players to get stuck into. Team Deathmatch, Domination, Kill Confirmed are game modes that all permit six on six multiplayer goodness, meanwhile Combined Arms: Domination introduces larger maps and a 24-player limit.

Related Content – All Call Of Duty Games In Order

While both Miami and Satellite prove to be entertaining enough maps for the 6v6 game types – with Miami in particular providing no shortage of flanking opportunities thanks to its winding streets, elevated rooftops and wide beaches, it’s really in the Armada map within the Combined Arms: Domination game type that the Cold War multiplayer alpha comes truly alive.

A furious pitched battle between US and Soviet forces that unfurls across a wide range of military vessels and cargo ships, Armada looks set to be a fan-favorite map with its capacity for enabling long-range sniper duels, close combat in the windings halls of each ship and the zip-lines that allow players to nip across from one ship to another in quick time.

Representing easily some of the most fun I’ve ever had in a Call of Duty game, the Combined Arms: Domination game type is a whole lot of fun to say the least, as great level design and resoundingly solid FPS fundamentals come together to create a thoroughly enjoyable time.

Visually too, despite being an alpha build, Cold War also impresses as some great texture work finds itself ably supported by detailed shadows, lighting effects and of course the rock solid 60 frames per second action that we’ve all come to expect from a Call of Duty game. In short then, the Call of Duty Black Ops: Cold War alpha provides an exciting insight into by all accounts what would seem to be one of the best Call of Duty titles in years. As a newly returned player to the Call of Duty franchise, I simply can’t wait to see (and play) more.