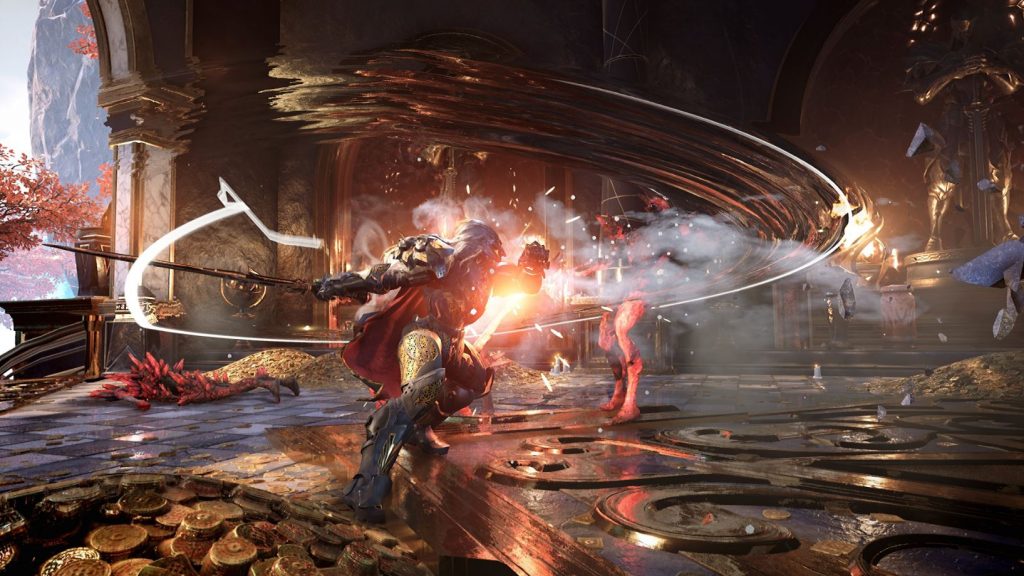 Counterplay Games has finally explained the fundamentals of Godfall‘s combat and how the title will play when it releases in November on PS5.

Detailed in a blog post, the key to Godfall’s combat is to target an enemy’s weakpoints. You Valorplate will reveal these vulnerable locations. Heavily armored enemies can be breached by performing a heavy attack and following up with a quick light attack.

Soulshatter allows you to consume bank of damage which accumulates as you deal damage, giving you the opportunity to finish off an enemy. Polarity attacks are also a plus, with players who switch weapon’s getting a damage boost. Shields can be used for defence. On top of that, Archon Mode is the ultimate showcase of what a Valorplate can do. Each one acts a massive buff to your power, based on what you have equipped. There are a number of other weapons which are detailed on the PlayStation Blog.

Godfall has now gone gold and the game’s release date was just confirmed at the PS5 Showcase earlier this month.