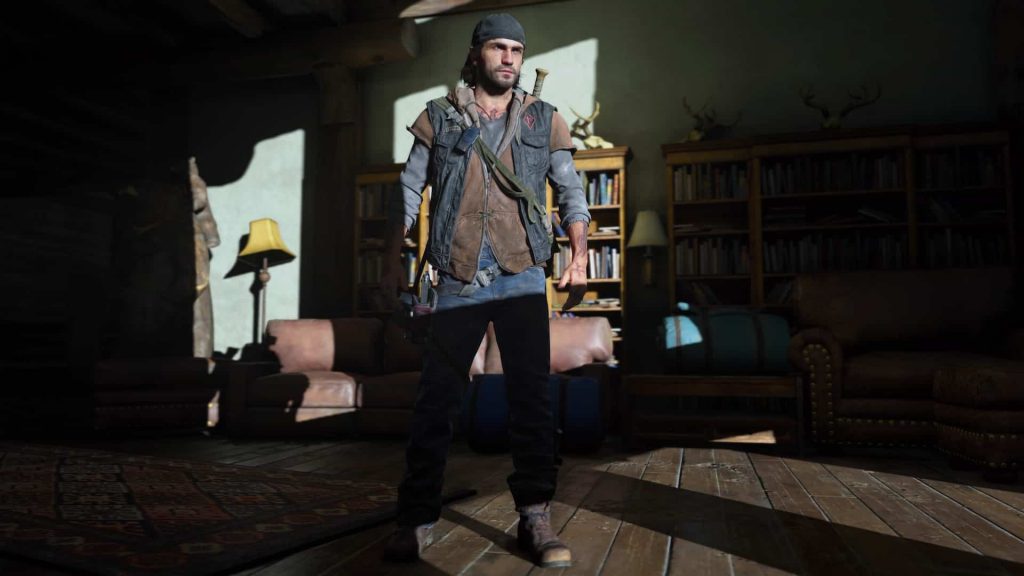 Days Gone is here and with it the realization that hundreds of thousands, if not potentially millions of PS4 gamers will be making their way through the Farewell Wilderness and beyond, carving up Freakers, scoring loot and generally clearing the place up.

Of course it isn’t quite that easy and so to help, we’ve drummed up a guide stuffed with essential survival tips to keep you alive and the bad dudes, well, dead.

Given that Days Gone is an absolutely massive game, there are a great many different facets and angles that require thinking about. As such, we’re going to start with something nice and simple.

Days Gone – Freakers (and how to deal with them)

Freakers come in all shapes and sizes, but for the most part you’ll find the standard Swarmer variation on the business end of whatever weapon you are using. Because they tend to congregate in fairly large groups, it behooves you to take them in manageable fashion with stealth kills and/or silenced weaponry, lest you want swarms of them coming after you.

When it comes to prioritizing kills, you should *always* put Screamers in the ground first. Should you fail to kill one in time (you know one is close if you can hear their crappy, broken singing), they’ll shriek and yep, you guessed it, bring a swarm of Freakers sprinting to your location. The massive Breaker Freakers are odd lads, too. Though you can take one on by yourself, it’s much better to lure them into groups of other Freakers because, for some inexplicable reason, the Breakers absolutely hate other Freakers with the heat of a thousand white hot suns. Then, once the dust has cleared, you can either pick off what’s left or sneak past. Happy days.

Meanwhile Runners are wolves that are infected by the virus and can move at tremendous speed and deal equally tremendous damage. Don’t mess about with these boys – just pop as much ammo as you can into their skull to put them down quickly.

Finally, the Criers (basically Freaker Crows) are a royal pain in the behind to kill with any kind of regularity. So, it’s simply much better for your health, ammo and sanity if you just run past them, nuke their nests with fire and get on with the rest of your life.

Days Gone – Hordes (and how to beat them)

This might be obvious but – don’t melee Hordes. Ever. You will die very quickly. To beat them, you need to bring together a bunch of different things – tactics, abilities, stamina and enough firepower to kill a small country.

The first thing you should do is make sure that your character has sufficient stamina upgrades from the NERO injectors dotted around the map – why? Because a lengthy stamina bar means that you’ll be able to spend that much longer sprinting away from the Horde and funneling them into choke points.

Speaking of choke points, until you get the Napalm Molotovs which create fiery death over a large area much, much later on in the game, you’ll need to use your noggin and get the Horde sandwiched down alleyways and other tight avenues so you can make the most of the weapons you have. Traps, such as proximity and remote bombs are highly useful too and if placed well, can be leveraged to devastating effect. To this end, before confronting a Horde make sure that you have fully maxed out all of your craftables and purchasable items – meds, pipe bombs, ammo, grenades – the whole lot, because all of it will count towards whittling a Horde down to a pile of smoldering bodies.

Additionally, leading the Horde through areas where there are plenty of explosive barrels, petrol cans and other such flammables works to your advantage too as one, well-placed bullet into a fuel tank can easily wipe out 15-20 Freakers that might be running past it at the time.

Make sure that you have an escape route in mind that doesn’t take you through swampland or anything that’ll slow your movement – after chasing you for a good minute or two the Horde will eventually lose interest and re-group at whatever place they started off at; allowing you to re-group and hit them again.

One last bit of advice – when you’re screaming along on your bike, the noise of your two-wheeled companion can actually soften the sound of an approaching Horde and as a result, it can be all too easy to drive straight into one without seeing them coming.

Days Gone – Weapons (and what to use)

The bog-standard, default knife you have in Days Gone is terrible and can take absolutely ages to kill anything until you unlock a very highly ranked ability later on in the game. As a result, it is strongly recommended that you always walk around with some kind of improvised weapon in your hand in the early going (no matter what it is).

Speaking of which, once you’ve gotten a weapon that you’re happy with you should work towards unlocking the Field Repairs skill from the melee ability tree as quickly as you can, as it’ll allow you to keep your tools of violence in tip-top condition. As soon as you are able to craft your own augmented weapons – do so. Stuff like bats with nails in them, and improvised battle axes can often kill standard Swarmer enemies in a single hit, last longer than other weapons and can allow you to chain hits from one Freaker to the next.

Don’t forget to frequently revisit merchants at the various camps too every time you level up your Trust rating as this will allow access to a range of shiny and more powerful weapons for you to use. For the record, the best weapon merchant vendors exist in Lost Lake and Diamond Valley.

Days Gone – Craftables (and how to find them)

Craftables are found literally everywhere, but by depressing the R3 button you can activate Deacon’s instinct vision that allows him to see exactly where they are in the environment (as designated by a handy white triangle).

Additionally, you can generally find concentrations of craftables in places where you’d expect to find them too – such as garages, warehouses and places of that ilk. Oh, and don’t forget to *always* search the corpses of your fallen foes too, as more often than not their remains will ‘fess up extra items and craftables for you to use to kill their friends with.

Early on in the game, Boozer will spend time gathering craftables for you to use too – and he’ll radio in to let you know when he’s finished. As such, it’s always worth just swinging by the outpost to see what free goodies he has waiting for you.

Days Gone – Your bike (and how to take care of it)

Because your bike runs on fuel, it is important to ensure that you’ve got ample quantities of it to get from place to place. Luckily, fuel can be found just about everywhere – at petrol stations, garages, NERO stations and most obviously, at the various camps you’ll frequent (though they’ll require payment in exchange for fuel).

Luckily, when it comes to fast travel points, the map handily clues you in as to how much fuel you have and whether or not it will be sufficient to get to your destination.

Speaking of fuel, you can ease up on the amount that you use by simply coasting down hills too; as the natural momentum of the bike will allow you to build up a fair amount of speed on steep gradients without ever having to hit the gas. One neat trick is that when you’re riding about during a story mission, your bike neither runs out of fuel, or suffers any damage – so don’t be scared to hit those high revs and chuck your tide around however you like.

When it comes to the condition of your bike, it’s imperative that you keep it in good health. You can repair your bike with scrap found most commonly from underneath the bonnets of abandoned cars or by simply stealing scrap parts from other bikes. Much like fuel too, you can also pay for your bike to be repaired at camp – something you should always do before you set off.

Be aware of traps and ambushes on the road – driving at full speed for the majority of a journey doesn’t always end well as cable traps and snipers can blast you off your bike – causing grave damage to your chopper in the process. Always keep an eye out!

Once you’ve destroyed an ambush camp (as denoted by a red firewood symbol on the map) you’ll be tasked with looking for a bunker.

Bunkers are absolutely crucial discoveries as they not only provide you with recipes for new craftables, but they also contain maps which highlight Freaker infestations and NERO Research Stations on your own map, too. Oh and finding NERO Research Stations are a must too – not least because they have NERO injectors that can be used to boast either your health, stamina or focus stat.

And for the sake of staying alive for longer, we’d definitely recommend concentrating on your health and stamina.

Let us know in the comments if you’ve found any tricks or workarounds that you think might work well for other players.