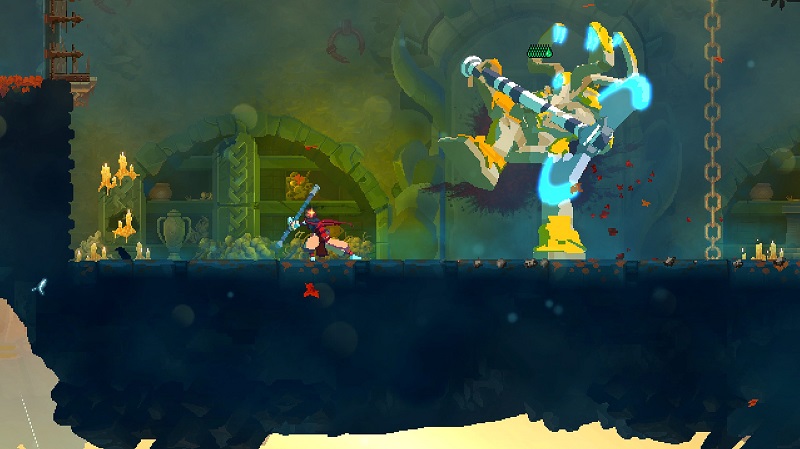 Embedding itself as a wealth of new mid-game content, players can access all this lovely Fatal Falls goodness at the conclusion of the Black Bridge biome. Immediately, Motion Twin’s trademark innovative level design is on full show in the Fatal Falls DLC and perhaps nowhere is this better showcased than in the first of these new levels, the Fractured Shrines.

Befitting the moniker of this latest paid expansion, the Fractured Shrines is a patchwork staircase of far flung platforms, crumbling floors and fiendish traps. There’s nothing else quite like it in Dead Cells and the traps in particular do a commendable job of tapping into the fiendish streak that marks so much of Motion Twin’s heady level design. 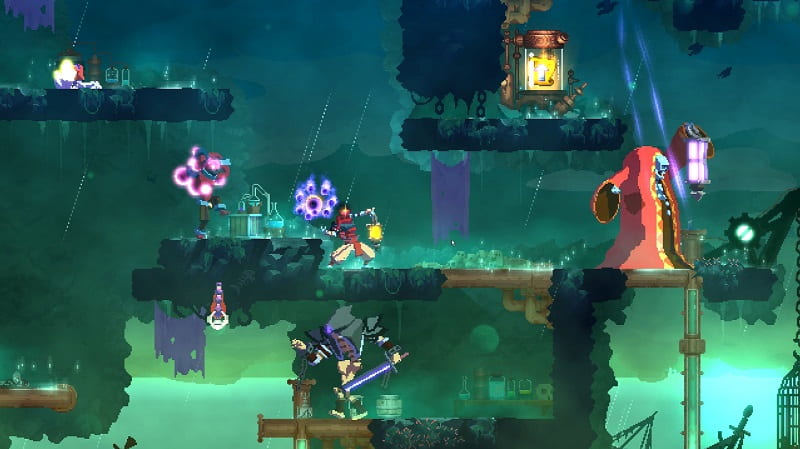 Case in point, there’s a pressure plate which if you stand upon it, causes a massive log to swing from the ceiling, belting you off into the abyss if you’re not careful. Brilliantly though, you can use that trap to your own advantage; triggering it and then quickly leaping away to safety while your hapless foe gets bodied off the screen.

Elsewhere, that same kind of ingenious design is also employed in the creation of all new baddies for players to explode. One new enemy in particular is especially neat. A massive cloaked figure that wields a massive ornate spear, this dude isn’t just capable of dealing huge damage up close but he can throw his spear across the biome and then teleport to wherever it lands. Think of a massive, really horrible, spear-wielding take on Noctis from Final Fantasy XV and you’re kinda there.

Luckily though, from iron staves to snake fangs, lightning rods and the mysterious Ferryman’s Lantern, Motion Twin have also done a grand job of providing players with a more than ample arsenal to deal with all of these new horrors. The Fatal Falls DLC also introduces an entirely new boss called The Scarecrow, but like so much else that is new and fresh in Dead Cells only second paid for expansion, it feels rude to ruin the surprise. 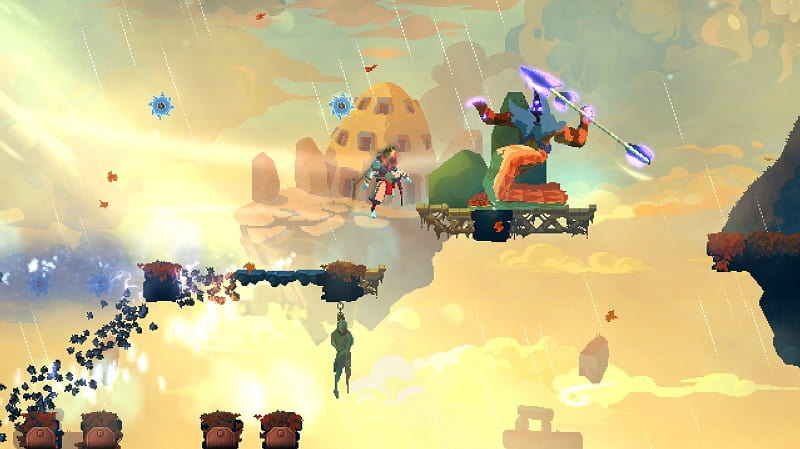 As such, Fatal Falls placement proves hugely welcome, providing much needed additional variety to Dead Cell’s mid-game stride. Here, players fatten their weapons, loot and gear while refining their own stratagems against Fatal Falls many unique challenges as they press on towards Dead Cells endgame. Simply put, if you’re playing Dead Cells (or even if you merely intend to play it), Fatal Falls is essential stuff.

So many things are different in 2021 and yet, it’s reassuring that some things remain the same as they have before this whole global nightmare began and Dead Cells is one of those. Quite simply, Dead Cells remains arguably the greatest Metroidvania title on PlayStation and Fatal Falls rams home that fact with flourished aplomb, keenly reminding players that one of the best games of 2018 is only getting better and better.

Dead Cells Fatal Falls DLC is out now on PS4 for $4.99. Dead Cells is required to play. You can catch our original review of Dead Cells here.