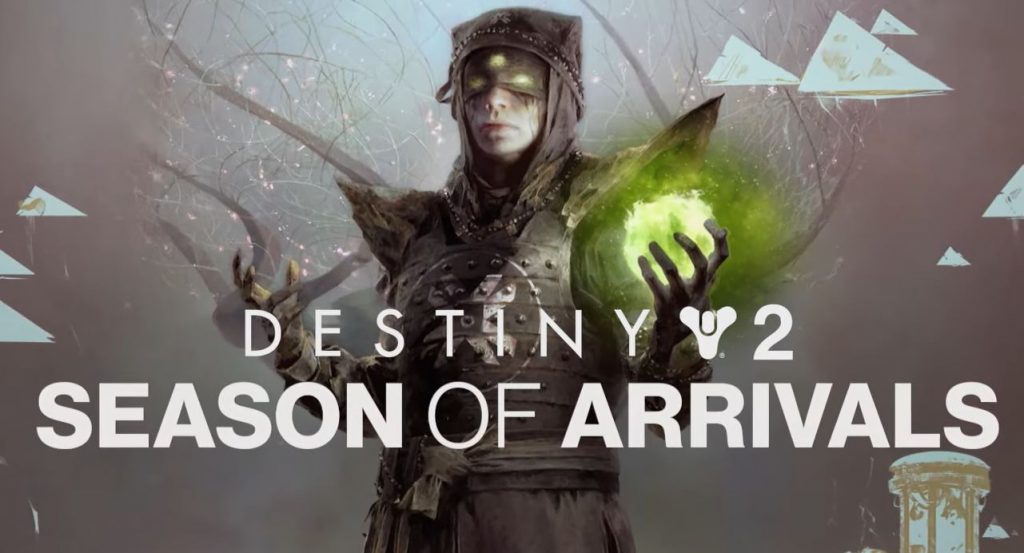 Bungie has unveiled Destiny 2 update 2.9.0 and its patch notes setting up the Season of Arrivals, the brand new season of content for the game.

The Season of Arrivals and Destiny 2 update 2.9.0 ushers in a bunch of new content including the arrival of the Darkness, setting up the story of the game for the next three years to come. It will also wrap up year 3.

New exotics and aspirational gear will be available and a new dungeon is live later today. On top of that, the expansion focuses around the mysterious Nine. You can watch the reveal trailer for the update below:

The full patch notes for Destiny 2 update 2.9.0 are as follows from Bungie.net:

Finishers
Power and Progression
Bounties and Pursuits
Raid Rewards
The following raid Exotics now have increased drop chances:
NOTE: Drop chance begins at 10% and increases to a max of 50% over 20 clears.
Vendor
Added the ability to use an Exotic Cipher to purchase a second Fated engram from Xur each week.

Alongside this update, Bungie detailed the fall expansion for the game, Beyond Light, which brings back the Exo Stranger and takes us to Europa. On top of that, Bungie also confirmed the game is coming to PS5 and will run at a staggering 4K 60FPS.

Destiny 2 update 2.9.0 patch notes and the Season of Arrivals are available now on PS4.