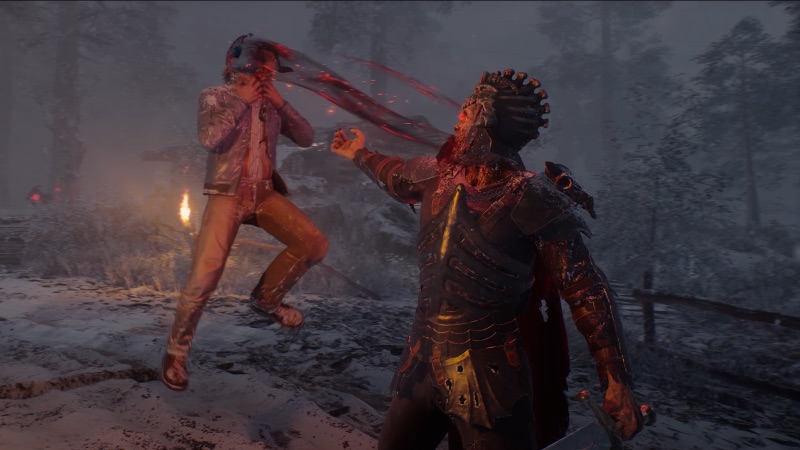 A fresh look at Boss Team Games‘ upcoming Evil Dead: The Game has been released in the shape of a gameplay trailer introducing the Kandarian Demon. Even better, the whole thing is narrated by Ash himself, aka actor Bruce Campbell!

Here’s the blurb on the Kandarian Demon:

With terrifying possession powers and an army of darkness at its command, the Kandarian Demon is a powerhouse to be feared as it flies through the woods chasing survivors. Hunt down enemy players yourself or command ravenous Deadites to attack.

Take control of your Deadite minions, environmental objects (including those infamous trees!), and even the survivors themselves to frighten and vanquish any mortal who stands in your way. Choose the physical form of the Kandarian Demon that fits your playstyle, each with different enemy types and bosses including Henrietta, Eligos, and Evil Ash.