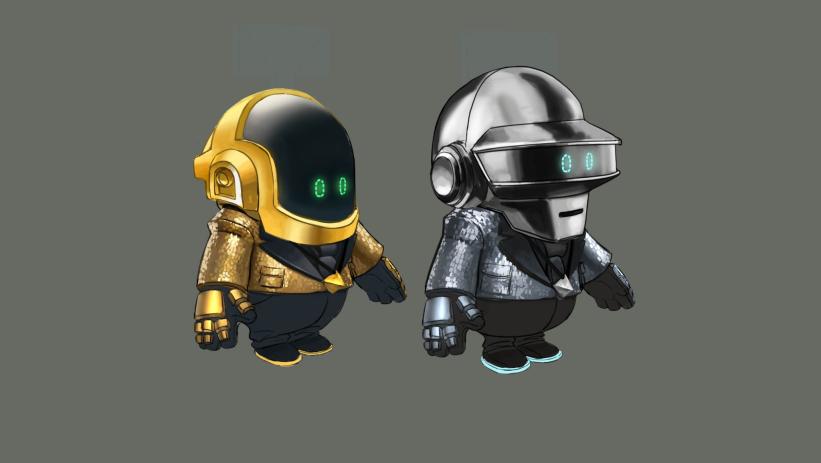 Fall Guys artist Kian Kian has designed some concept art offering a look at what a possible Daft Punk costume would look like, had the iconic French duo appeared in the game. Does the idea of a Fall Guys Daft Punk costume appeal to you? Check it out below!

One of our artists, Kian Kiani, did some concept art of how they would have looked in Fall Guys ❤️

Fall Guys Season 4 is currently in the pipeline and will offer a futuristic setting, as revealed by a Twitter tease by Mediatonic yesterday. In addition, today sees the launch of a Cuphead costume, which will be followed by Mugman on the weekend.

Fall Guys was released for PS4 and PC in August 2020, and you can read our full verdict on the game here. The game has been consistently supported post-launch by numerous tie-in costumes and seasons, something which doesn’t look set to stop any time soon.

A launch date for Fall Guys Season 4 has yet to be announced.