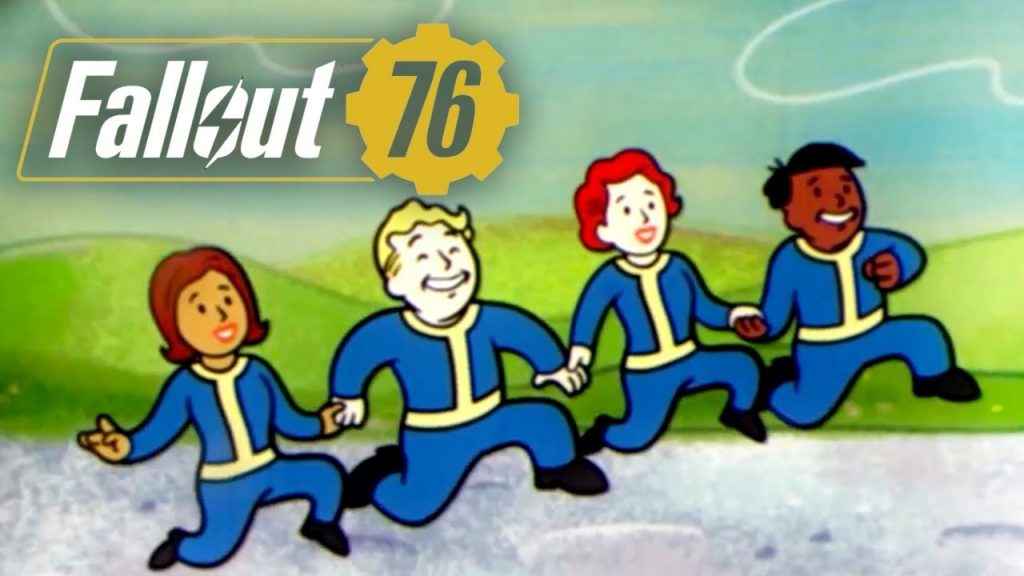 Last week I went hands on with Bethesda’s co-op focused Fallout title. I got to play three hours of Fallout 76 and I can say without a shadow of a doubt that it’s easily my favorite if not the best Fallout game I’ve played.

Fallout 76 takes place in West Virginia. Due to the lack of an actual nuclear bomb falling down on the location, much of the environment has remained in tact. The lush Fall setting presents some great scenery and something much different from the dark greenish browns seen in past titles.

Fallout 76 Welcomes You To Reclamation Day

Vault 76 is one vault that wasn’t built with an experiment in mind, much like many of the vaults were throughout the Fallout franchise. Instead, Vault 76 was built to withstand a long period of time and its residents to head out to rebuild society.

You start off like any other Fallout game by creating your character. I found that the character creator is just as robust as in past titles. It gives plenty of options to build your character to look as unique as possible, just like you would expect in a Fallout game.

I didn’t spend too much time with the character creator because I needed to get out and experience as much of the game as I could, but fans shouldn’t worry. The creator doesn’t look like it took a hit with the jump to multiplayer.

It’s Reclamation Day which means it’s time for the residence of Vault 76 to head outside and reclaim West Virginia. The first thing that you will quickly come to understand is that you can’t pause the game. That means when you go into your Pip Boy, it won’t stop you from being attacked. Thankfully the developers realized this and implemented a quick menu.

Rather then going through the animation of looking at the Pip Boy, the quick menu allows you to still see whats going on around you while popping the menu up in front of you to look at your equipment and anything else you need. This is a must-use addition and one I ended up using the most.

I hope this is something that goes into any future Fallout titles as it makes things so much easier. I should also note that at the time of launch you won’t be able change the color of the Pip Boy menu, but they are planing to implement the feature in the future.

Join Up Together With Friends Or Take Them Out For Dominance

Now, let’s talk about all the things that are fundamentally changing in Fallout 76. Fallout 76 is a co-op experience with optional PVP fully implemented right from the start.

Now, let me explain how PVP works. My group and myself didn’t get to experience the actual PVP, but from the way I understand it is – if one player attacks another player it will initiate PVP and begins when both players start to fire at each other.

Killing other players will inform everyone in the vicinity that a player is a killer and point them out on the map. I guess the best way to explain it is it works almost identical to the way it did in The Division’s Dark Zone. Although you can’t turn off PVP right off the bat, you could block a player who constantly keeps attacking you.

This in a way hurts the players that just want to play the game without having to deal with PVP. Although we didn’t run into any PVP problems in our gameplay experience with my team, it could get frustrating. The fact that you can turn off PVP after being killed numerous times is just not the way to go.

I don’t understand why there isn’t the option to turn off PVP in general for those not wanting to deal with it. Why wait for people to cause problems when you can stop them before they start?

If you are killed by another player you don’t loose much, you won’t loose your guns. The only thing you loose is the junk that you’ve picked up, which in some cases is used for scrapping and turning into crafting materials. More on that later.

Fallout 76 Still Has A Deep Story To Tell

One thing I wan’t to make perfectly clear is that Fallout 76 now plays more like a shooter rather than an RPG-Shooter. Mechanics have been refined to play more like a shooter. Fallout 76’s shooting mechanics are a lot more fast paced to accommodate the co-op experience.

Running and gunning is surprisingly good which is something I wasn’t expecting to work well in a Fallout game giving the type of game the franchise is known to be.

The V.A.T.S. system also makes a return, but is fundamentally different. It doesn’t slow down time or allow you to aim at specific body parts. The system now works as an auto-assist. It still uses AP but when activated it simply shows you the accuracy of your shots; the better the aim the higher the numbers will go up. It simply shows you how accurate you are shooting from the hip rather then aiming down the sights.

Fallout 76 Uses Perk Cards That Can Also Benefit Your Teammates

Leveling up now works through perks and perk cards. When you level up you can equip a perk across the various attributes: Strength, Perception, Endurance, Charisma, Intelligence, Agility, and Luck. A lot of these perks will be familiar to fans of the franchise. Perks like allowing enemies to drop more items, or better lock-picking and hacking skills.

You also get perk packs which is essentially a loot-box that gives you random perk cards that you can equip. You can also upgrade cards you already have equipped to make them more potent. I can’t say that I’m a fan of this new system because it seems to really take away your freedom of building the character you wan’t to build. Unless you level up and get the really good cards, most of it simply depends on whether you get the right cards.

Build Your Own Camp And Invite Friends To Hang Out

Picking everything up has never been more important then it is in Fallout 76. You can also build your own camp. We didn’t get to actually build our camps but we got to see some high level ones, and suffice to say it looks like you will be able to craft some cool looking stuff.

There is so much more to discuss in Fallout 76. I firmly believe that those who never gave Fallout a chance should give Fallout 76 one. Those who love Fallout will find all the same great story-telling because there is an actual full story with story quests. Those who didn’t enjoy the franchise may discover there’s still a lot to enjoy with their friends.