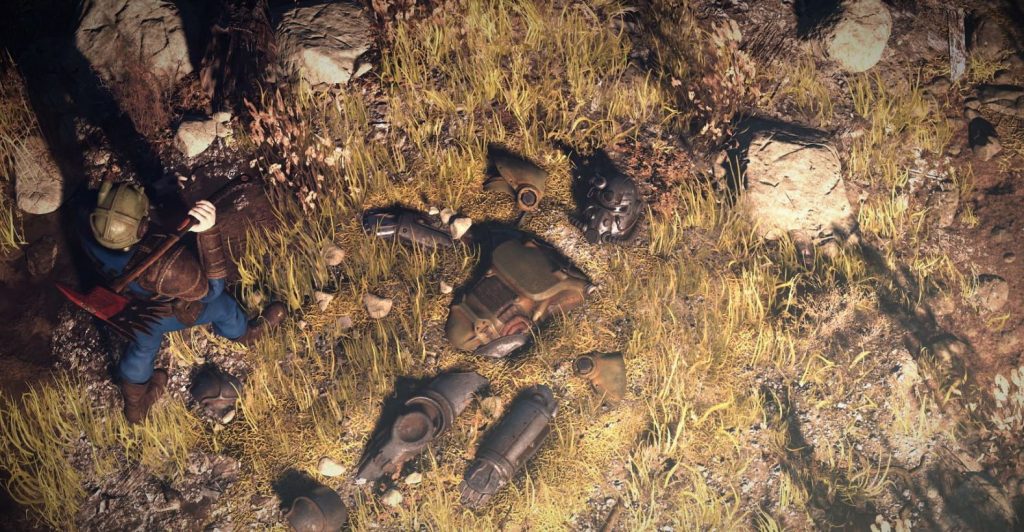 Patch 11, or Update 1.1.2.1.18 for Fallout 76 has once again broken the game, doubling down on Monetisation and bringing back previously patched bugs.

All of this news about Fallout 76 comes from YongYea on YouTube and was compiled on ResetEra.

Since this patch was introduced players are currently farming legendary enemies for ages without getting a single legendary drop. There are also reports that there is an area in Whitesprings that will just kill you when you get close to it. And, there is a bug where your character will get beheaded as he/she steps out of Power Armor.

Finally, there are even more bugs tied to the Power Armor, including game freezes, gear being perpetually unequipped from the suit, and the ability to get stuck inside of the Power Armor itself.

So, as you can see, Fallout 76 still has a lot of issues despite the months of post-launch support it has had. You can watch YongYea’s full video below:

Update 11 was released earlier this week providing fixes for both Adventure and Nuclear Winter modes, alongside some updates that would make the first few hours of the game more welcoming and comfortable for new players. However, it seems to have not gone as planned, breaking other things in the process of doing that. This update comes after a huge Wild Appalachia update which added and fixed a lot of things that were wrong with the game.

Fallout 76 released back in November to a less than warm reception. We enjoyed it more than most in our review from then stating “Fallout 76 has its fair share of problems but they don’t make the game unplayable. Fallout 76 isn’t for everyone but for those who stick with it will definitely find what it has to offer.”

Fallout 76 is available now on PlayStation 4.

Have you experienced any of these issues? Are you even still playing the game more than six months on?