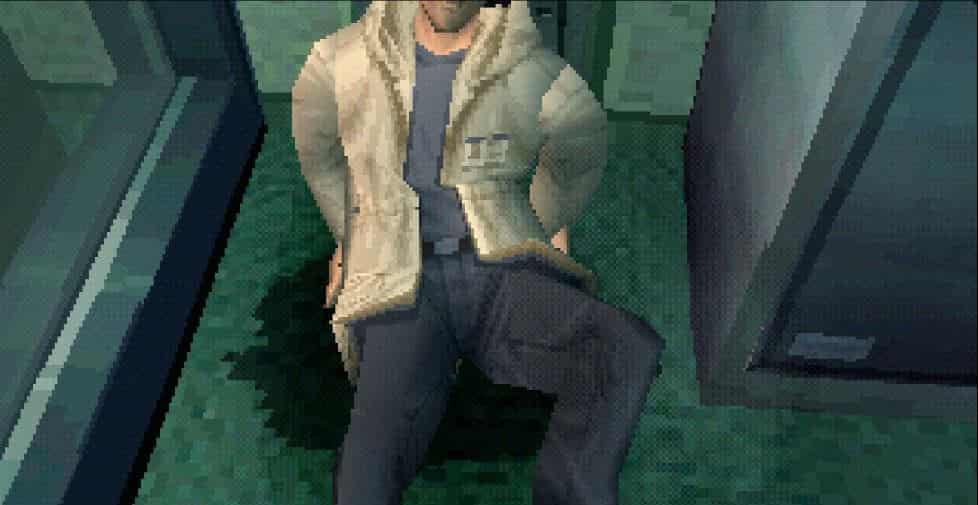 Gamescom and the wider world was left in awe/disgust/confusion when Hideo Kojima decided to show off his latest creation, Death Stranding by having its protagonist, played by Boondock Saints alumni Norman Reedus, take a leak onscreen and subsequently cause a strange mushroom to grow from the puddle.

So how did it come to this? Well, Kojima has a long history with piss, an innocent obsession brought to virtual life over many years and several games. Witness the story of how he brought gaming pee to the mainstream, fell out of love with it, and rekindled that love once more in this, The History of Piss in Hideo Kojima’s Games.

It was a particularly humid summer in Japan when history was made. A youthful Hideo Kojima stood in the sweltering hell cauldron of Konami’s offices having played a significant part in this moment of golden infamy. He wiped the sweat from his brow, placed his hands on his hips, and let out a sigh of relief. After many arguments among the team, families forgotten, and willpower at shattering point, this collective of creatives had finally managed to capture Kojima’s shimmering vision for the future of video games. Things would never be the same for the industry after this.

Kojima and his team had made Metal Gear Solid character Hal ‘Otacon’ Emmerich piss himself after being confronted by the bonkers Cyborg Ninja.

With this boundary demolished, nothing would stop Kojima from adding a shower of widdling moments into his games from then on. By the time Metal Gear Solid came out later that year, Kojima was unstoppable. He would drown the industry in his weewee fetish, and in true tricksy Kojima fashion, he’d do it metaphorically as well as literally.

Otacon wasn’t the only Puddle Maker in the original Metal Gear Solid though. A soldier is seen draining his snake at a urinal, which, like all urination in Shadow Moses, is pretty brave considering the sub-zero temperatures and obvious lack of central heating. Later Snake, not the soldier’s snake, is creeping around in a box (again, to be clear, this is not a euphemism, though it’s probably a metaphor) as wolf pups bound about the place. When Snake stops, a wolf pup takes a leak on his box. Clearly by this point, Kojima knew he was onto a winner.

And so it would continue. As Metal Gear Solid 2 arrived in this world, Kojima teased us relentlessly with promises of more golden moments to come by having it piss down on you figuratively as Snake infiltrates a Tanker on a rain-soaked night. That was but a taster for the main course of amber adoration.

Kojima’s particular favorite brand of urine fantasy over the years has been the boiling of the piss, an ancient ritual that causes people’s bladder’s to turn into a fleshy kettle, heating up their urine to dangerously hot temperatures. Kojima did this by revealing players would spend most of the game playing as androgynous whiner Raiden instead of the burly, manly, ruggedly sexy Solid Snake. The golden fluids truly bubbled fiercely that year.

Not that there wasn’t any actual yellow rain in MGS2, mind you. Whilst shimmying along a rail on offshore base The Big Shell, Raiden gets an unexpected golden shower from a desperate guard. With the advances in technology since the first game came out, you could even witness this in first-person, which Kojima has always insisted is the true way to experience the moment. The impact of meme culture was a big story aspect for MGS2, so it was perhaps fitting that Hal Emmerich’s groundbreaking soiling of the undergarments was recreated here by his sister, Emma. Unfortunately for Emma, her hope for reclaiming some dignity was dashed like so many pebbles in a porcelain bowl when she got iced by a dancing vampire. The use of urine in MGS2 is clear, it relays the message that dignity is for losers, so you should embrace it when life pees on you from high. Bleak stuff.

After the U.N. had to arrange for a dam to be constructed to contain the alarming levels of frothy, volcanic urine deposited in the wake of MGS2’s release, Kojima was advised to step back from such reckless pee-bubbling in future, a promise he’d keep for a while at least with the fan-pleasing release of Metal Gear Solid 3: Snake Eater, but he did still dabble in more virtual pant-wetting.

In what was surely some sort of topical political jab, Russian rocket scientist Nikolai Sokolov ‘does an Otacon’ (though chronologically, Otacon ‘does a Sokolov’) when presented with a threat.

That’s not all, even Snake gets in on the act. Having been captured by sadistic electric bastard Volgin, Naked Snake is used as a human weight bag by the sparky one, and after much frying and pummeling, Snake’s pocket serpent gives up its ammonia stream of secrets. For Metal Gear Solid 4, Kojima continued to try and dial down the pissletting, even going so far as to put a diaper on a monkey who drank enough fizzy pop throughout the game that it would be able to maintain a stream of wee that lasted as long as the average MGS4 cutscene.

However, Kojima subtly slipped in a mass soiling when Liquid Ocelot takes over the PMC control system and causes many soldiers to collectively drain their yellow burden. Don’t even get me started on the fact Ocelot takes Liquid’s name and then causes this to happen. Bit on the nose there, Koj.

Oh, and in the after-credits scene, a decrepit Zero does wet himself, just to drive home the fact that while he was once a powerful mastermind of many things, he is now no better than a moist cabbage.

Peace Walker…it’s a great game, but you got the sense Kojima had cooled on his urine obsession as apart from some standard soldier-soiling stuff, there’s little to report. In Metal Gear Solid V: The Phantom Pain, it’s even more apparent that this is not the franchise with which Kojima wished to express his pissy preferences with any longer. Pointedly, the famed video game auteur made Venom Snake ‘piss himself during the opening act by having him burst an IV bag near his groin, which does at least make him blend in with the dead bodies he’s hiding among.

Like any passion, a change is needed after a while, and when Konami saw the yellow well was dry, it shunted Kojima out of the company and locked him out of that bathroom he’d spent a highly suspicious amount of time in over the years. That proved to be the change Hideo needed.

Kojima spent time with new best friend Norman Reedus after the Konami breakup, and discovered that Reedus shared his enthusiasm for pee, but had also become disenchanted with the avenues he had for expressing it.

So now you know how it came to be that Norman Reedus has a magic mushroom-growing piss stream in Death Stranding. Join us next time for the story of how Kojima’s childish glee at people sharting themselves led to that Death Stranding cameo by Geoff Keighley.