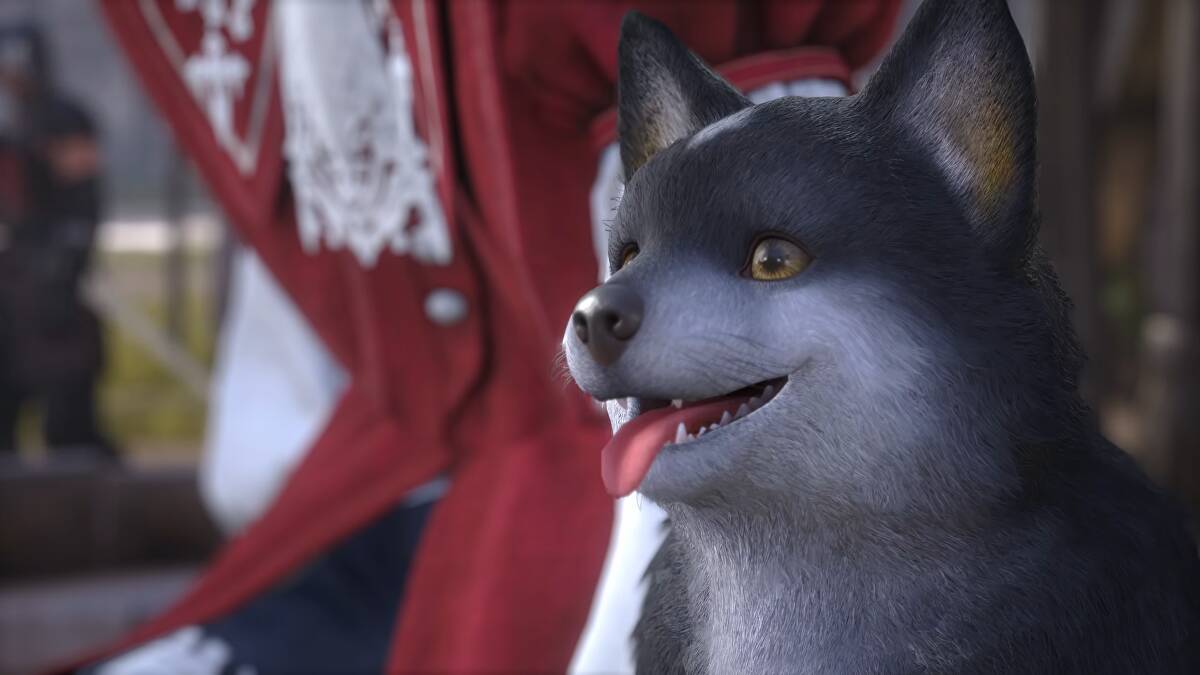 Remember the cute dog that featured in the Final Fantasy 16‘s debut trailer introducing Clive and Joshua? Well, he’s got a name — Torgal — and he might even be used as a party member in the upcoming JRPG.

Speaking with IGN, Final Fantasy 16 producer Naoki Yoshida had the following to say about the adorable-looking pooch, who has attracted as much attention from fans as the rest of the cast — perhaps even more so.

Well, let’s just say he’s more wolf than dog – and his name is ‘Torgal.’ As for him being a party member, you’ll just have to wait and see. We’ll have more info on parties soon.

That’s not all, either. Altai Kimochi, a streamer and Final Fantasy fan, observed that the etymology of the same could be Norse in origin: ‘tor’ pertains to ‘Thor’ while ‘gal’ equates to protector.

So the cute dog’s name in FF16 is Torgal!

A quick Google search of the etymology shows a possible Nordic meaning, with “tor” meaning “Thor,” God of Thunder, and “gal” meaning “protector.”

Put together, it can potentially mean “under the protection of the God of Thunder.” ⚡️⚡️ pic.twitter.com/nJD0jimyLu

Final Fantasy 16 is scheduled for release in Summer 2023 for PS5 and PC, so it’s still quite a way off. Yoshida-san has been doing a lot of press for the game this week, and previously revealed a bunch of key details on the game you can read via the links below: