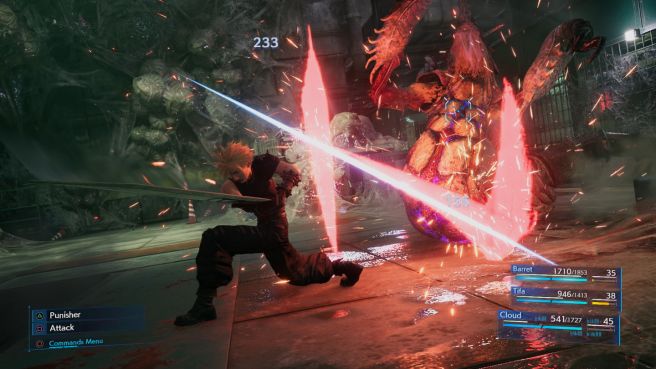 Final Fantasy 7 Remake 1st Class Edition will set you back a whopping £259.99, and includes the following goodies:

Final Fantasy 7 Remake is due for release on PlayStation 4 on March 3, 2020. The game is a complete reimagining of the PSOne classic, and will come in multiple parts, with the first one focusing on the events that transpire in the city of Midgar.

Didn’t play Final Fantasy 7 years ago? Then here’s the lowdown:

“The world has fallen under the control of the Shinra Electric Power Company, a shadowy corporation controlling the planet’s very life force as mako energy. In the sprawling city of Midgar, an anti-Shinra organization calling themselves Avalanche have stepped up their resistance. Cloud Strife, a former member of Shinra’s elite SOLDIER unit now turned mercenary, lends his aid to the group, unaware of the epic consequences that await him.”