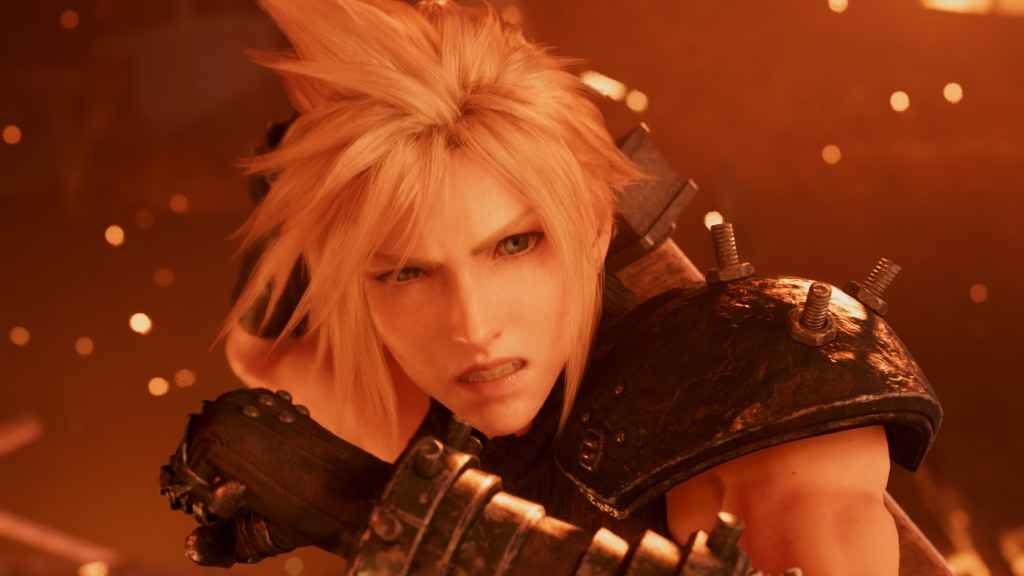 If you were to sit everyone who watched E3 2019 down in a room and ask them which announcement/reveal/trailer was their favourite, the one that had them the most excited, the majority would most likely say Final Fantasy VII Remake.

After years of waiting for precise details to emerge, we were treated to a veritable feast of gameplay footage during the Square Enix presentation. Complete with cutscenes, combat, and even a release date – for part one, anyway. As a long-time fan of the series, not to mention someone for whom Final Fantasy VII specifically is the epitome of video game excellence, I was pleasantly surprised by much of what I saw. Who wouldn’t be?

Nevertheless, I personally find myself more apprehensive than excited about the upcoming remake. And not just because of any inherent bias caused by my rose-tinted nostalgia goggles.

I’d be lying if I said the move away from traditional turn-based combat to something slightly more immediate and action-orientated wasn’t one of my primary concerns. Even if the E3 2019 demonstration far exceeded my admittedly low expectations – the intelligent blend of old and new mechanics shows a noticeable improvement upon the bland, repetitive combat featured in Final Fantasy XV. Final Fantasy VII Remake’s closest analogue.

Visually impressive as these sequences were, however, I couldn’t help but notice how much damage the Guard Scorpion, in particular, was able to absorb before victory was achieved.

It was no longer a simple entry level boss designed to give players a basic grounding in the game’s combat and rudimentary systems like elemental weakness. Rather, it’s a five-minute exercise in button mashing as Cloud and co. gradually whittle away at the monstrous machine’s prodigious HP gauge, perhaps throwing in the odd spell or special ability every now and then in a desperate attempt to expedite the process.

But equally, I’m concerned this simpler approach to combat will severely limit the number of Materia combinations (and thus tactical options) available to the party over the course of the game. And, moreover, what this means for the game’s iconic Limit Break techniques which, based on what we saw at E3, have been relegated to a supporting role; the non-magic equivalent of Bolt, Ice, and Fire, rather than a potentially battle-ending super move.

My feelings are similarly torn when it comes to the apparent change in tone of the game’s plot. On the plus side, the treatment of Avalanche (a group that is, let’s face it, ostensibly a terrorist organisation) is considerably more nuanced and thoughtful.

In her first interaction with Cloud at the Seventh Heaven bar, for example, Tifa expresses her doubts as to the methods employed by the group. She clearly believes in the cause, but feels conflicted regardless. By contrast, Barret and co. were unnervingly blasé about their actions in the original, very rarely showing anything like remorse for the countless innocents caught in the cross-fire of their battle against the Shinra.

Brief though it is, this interaction suggests a grittier, more grounded tone. Which bodes well for the raft of similarly delicate subjects and themes we’ll encounter during our adventure. Gender, abuse, race, climate change, capitalism, and plenty more besides.

But while a more considered approach to the concepts mentioned above will unquestionably benefit the final product in a broader sense, a uniformly grounded approach to the game’s narrative threatens to strip away some of the original’s quirkier, more light-hearted moments.

Small things like being able to take a break from chasing Sephiroth and spend an evening messing up a play during the second Gold Saucer section. Or spending literal minutes kicking a football at Red XIII upon the party’s first visit to Costa del Sol.

Moments that are individually insignificant in the grand scheme of things, but without which the experience simply wouldn’t be the same.

Before I address my final point, I want to be crystal clear that my issue here isn’t simply that Square Enix has decided to chop the game into numerous bite-sized pieces, rather than releasing it as a single coherent whole.

Telltale Games and Dontnod Entertainment have done similar things with their titles in the past and, while I’d prefer not to wait months for each new instalment, it’s not something that bothers me particularly. So long as, in the case of Final Fantasy VII Remake, the reasoning behind the decision isn’t to get more money out of the player base (charging £20-30 per episode rather than a single lump sum of £40-50) or to mask the fact that, taken as a whole, the game is a long way from completion. Not even Square knows exactly how many episode’s there’ll be, after all.

No, my issue is somewhat broader than that. Specifically, that by releasing shorter individual episodes, the development team will almost certainly have to either invent additional plot points, gameplay sequences, characters etc. to flesh out these constituent parts. Or delve deeper into some of the story’s less explicit features and risk dispelling some of the mystique that surrounds the game.

The developer has already said that part one focuses exclusively on Midgar; something which only takes an hour or two (depending on your familiarity with the game/desire to explore) in the original. In other words, a good eight hours shy of what we’re expecting from each individual episode.

Some of these changes will undoubtedly benefit the story, of course. I’m sure we’re all looking forward to spending a bit more time with Jessie, Biggs, and Wedge. All the same, it’s difficult to add to such a well-known and beloved story without alienating at least some of its existing fans. Just look at the Star Wars prequels.

A “Reimagining” Rather than a “Remake”

Ultimately, what I’m trying to say is that the term “remake” is something of a misnomer when applied to PS4’s Final Fantasy VII.

Much of what made the original so special – strategic combat; complex, multi-layered plot interspersed with moments of levity; compelling characters – could well end up being altered beyond all recognition.

That’s not to say the Remake won’t be a fantastic game in its own right; all the evidence strongly suggests it will be. The problem is that, rather than a straightforward remake, what Square Enix is actually offering us is a full-on re-imagining of Final Fantasy VII.

A largely semantic issue perhaps, but one that is important to people like myself who fell in love with the PS1 classic back in 1997.

Whether or not you agree with this article, we’d advise anyone who’s been struggling to keep up with all the news from E3 2019 to check out our comprehensive news hub. Here you’ll find information on everything we’ve seen and heard over the last seven days. Along with various opinion pieces covering all the biggest talking points from this year’s show.