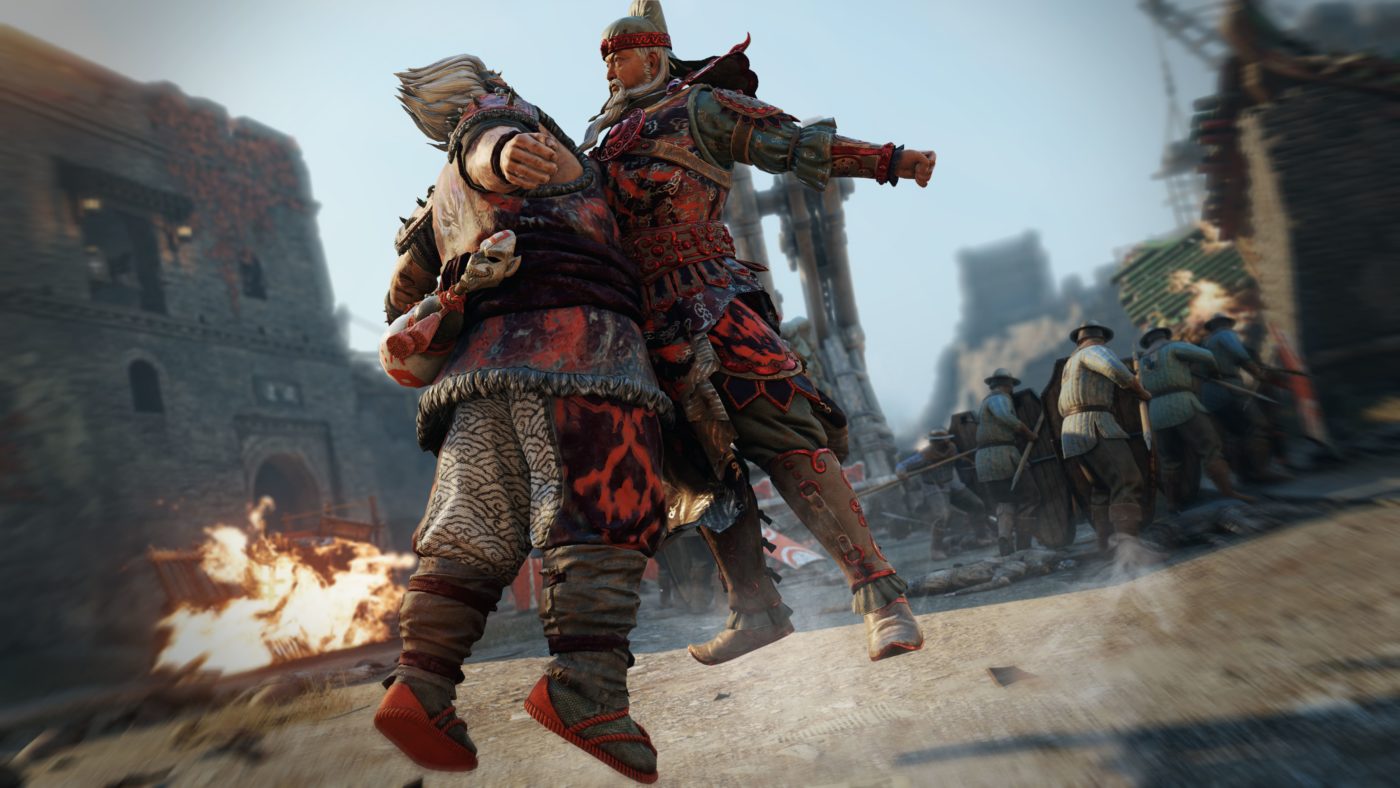 Ubisoft has unsheathed the For Honor update 2.26 patch notes for you to digest, which you can now grab for PS4, PC and Xbox One versions of the game. This latest update includes the Battle Pass Fest and a range of tweaks to the game’s fighter lineup.

Starting in Y5S1, changes are coming to the rewards warriors will receive at the conclusion of seasonal faction wars.

We made the faction-colored territories on the World Map more transparent to make the seasonal and event realisation elements more visible.

Developer’s comment: This is to prevent situations where two players would attempt to Guard Break each other at a very specific timing and the first player to get Guard Broken would need to re-press the Guard Break button to tech it.

The changes from the Y4|S4 Testing Grounds are now live, with bug fixes and other improvements.

Shoulder Bash is no longer accessible from Back Dodge

Side Heavy Openers now have flatter and larger trajectories

Side Heavy Finishers are now 900ms attacks (up from 800ms)

Side Heavy Finishers are now Unblockable

Developer’s comment: Warden should now be able to use Heavy attacks more effectively; the increased speed on the Top Heavy Finisher makes it harder to interrupt and Side Heavy Attacks (both Openers and Finishers) are stronger both in group fights as well as the minion lane.

Developer’s comment: Warden’s Zone Attack no longer needs to commit to an additional attack to be useful; the extra forward movement also helps in group fights to catch opponents that might be further away.

Here, by changing the effect of Thick Blood entirely, we remove the unhealthy aspect of being able to shut down bleed heroes’ kits for free, as well as the bad feeling of taking Thick Blood but not queuing into any bleed heroes. In this new Thrilling Comeback, it retains the passive feature of making you live a bit longer, and now is globally useful with a much more healthy design.

[Bug Fix] Fixed an issue that caused some of the Shinobi’s helm sets to have fabric poking through the cloth in two spots near the top rivets in the back of the head. (FH-860)