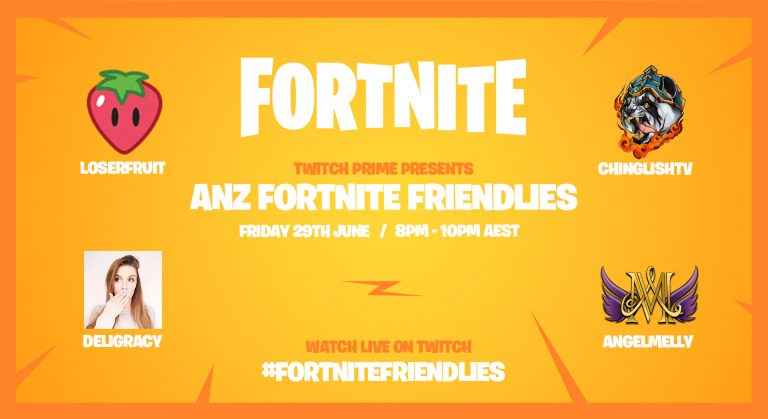 The Fortnite Friendlies live stream kicks off tonight. The Fortnite Invitational is back bringing the players of Epic Games Battle Royale game head-to-head.

The Fortnite Battle Royale action focuses on some of the best Australian and New Zealand Fortnite players, including Loserfruit, Deligracy and DarkViper. They'll be battling it out with 100 players in teams of four for glory!

The action begins on Friday 29 June from 9pm to 10pm AEST via Twitch. If you're interesting in joining in with future Fortnite friendlies, you can fill out this form.

Also, the Fortnite Double XP weekend is live. You can earn double XP between now and Monday July 2, 2018. That means you'll be able to get even more great stuff from the Battle Pass.

That should get you in good shape for Fortnite Season 5, which starts on July 12. Though we don't know the full details of what to expect, some leaked skins from the upcoming 4.5 update have given us a few clues.

If you're still loving the free-to-play Battle Royale game, check out our updated list of the best places to land in Fortnite!