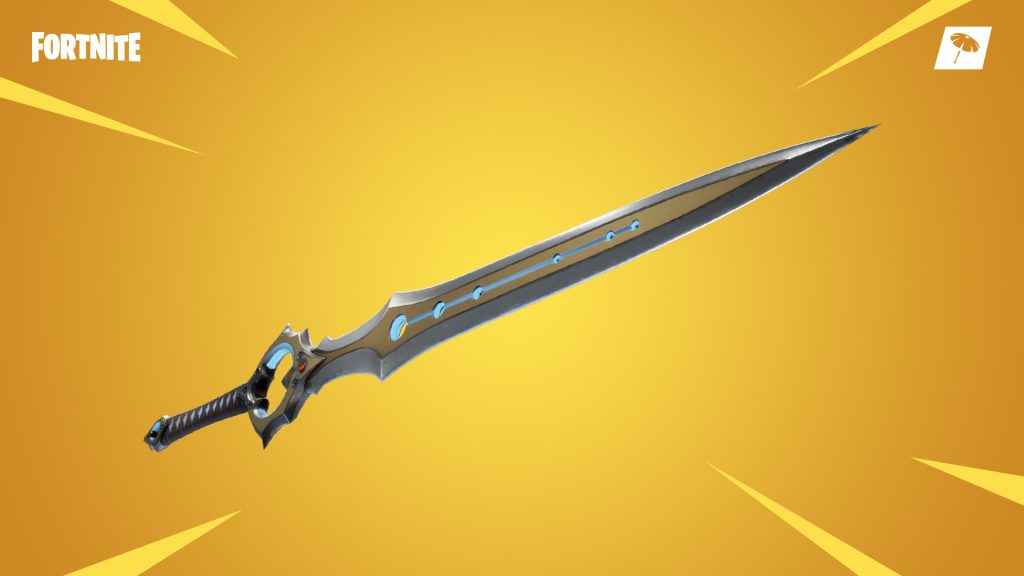 Fortnite patch 7.01 is out now on all major platforms.

It’s not quite as hefty as the last one, which released at the same time as Season 7 and a brand-new game-mode, Fortnite Creative. From a battle royale perspective, at least.

However, it does possess a couple of notable features worth mentioning. Those being the Infinity Blade – a powerful new weapon that appears only once per match – and yet another limited-time game mode, Close Encounters.

The Infinity Blade will look familiar to anyone who saw the announcement trailer for Season 7.

However, it would seem Santa has been rather careless with his all-powerful mythical sword, as it can now be found sitting atop Polar Peak.

Granting its services to the first person that happens upon it, the Infinity Blade deals a whopping 75 damage per hit and is capable of destroying structures in one fell stroke. While its ‘alternate fire mode’ allows the wielder to leap vast distances, obliterating any objects in its path and dealing 25 damage to anyone unfortunate enough to be in the vicinity of the player wielding it when they land.

Acquiring it is well worth the effort, in other words.

Fortnite’s new LTM, Close Encounters, meanwhile, is slightly more hectic than the standard battle royale mode. The storm contracts at a faster rate during the mid-late stages of a round, for one thing.

However, the most significant aspect of the game’s latest LTM is that the only weapons available are the shotgun (and its corresponding variants) and the jetpack.

As a result, an average round of Close Encounters is likely to last somewhere in the region of fifteen minutes.

In terms of battle royale bug fixes and gameplay tweaks, there’s really not that much to discuss. Pilots and passengers of the new X-4 Stormwing will take 25 damages when shot down, while Epic has also issued a “speculative fix” to players moving after elimination and addressed a separate issue that caused players to be ejected from their vehicles whenever the “Icy Feet” effect wore off.

Instead, much of Fortnite patch 7.01 focuses on Creative mode. Introducing a fifth island and an Island Codes system, along with a handful of new devices and prefabs; whilst also implementing a number of bug fixes and tweaks.

A full list of all these changes featured in the latest patch (alongside those relating to Battle Royale and Save the World) can be found on the Epic Games website.