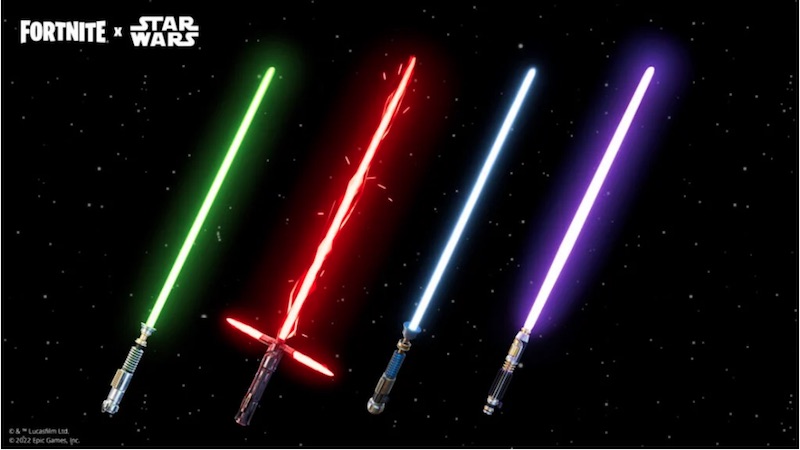 Epic Games has announced that it is bringing back Star Wars content in Fortnite for the next couple of weeks.

The content will be arriving on May 4, which if you’re a Star Wars fan, will know only too well as the day fans utter ‘May The Fourth Be With You.’ The Star Wars Fortnite goodies will be available until May 17, and include all outfits that were not part of a Battle Pass.

For the record, that’s everything released previously outside of the Mandalorian, so you’ll be getting nine out of 10 previously released cosmetics. Here’s the full list:

In addition to the above costumes, Fortnite will also be bringing back lightsabers, with four variations: Green (Luke Skywalker), Red (Kylo Ren), Pink (Mace Windu), and Blue (Obi Wan Kenobi). Elsewhere, the E-11 Blaster Rifle is also joining the action, which can be found in chests and as floor loot.