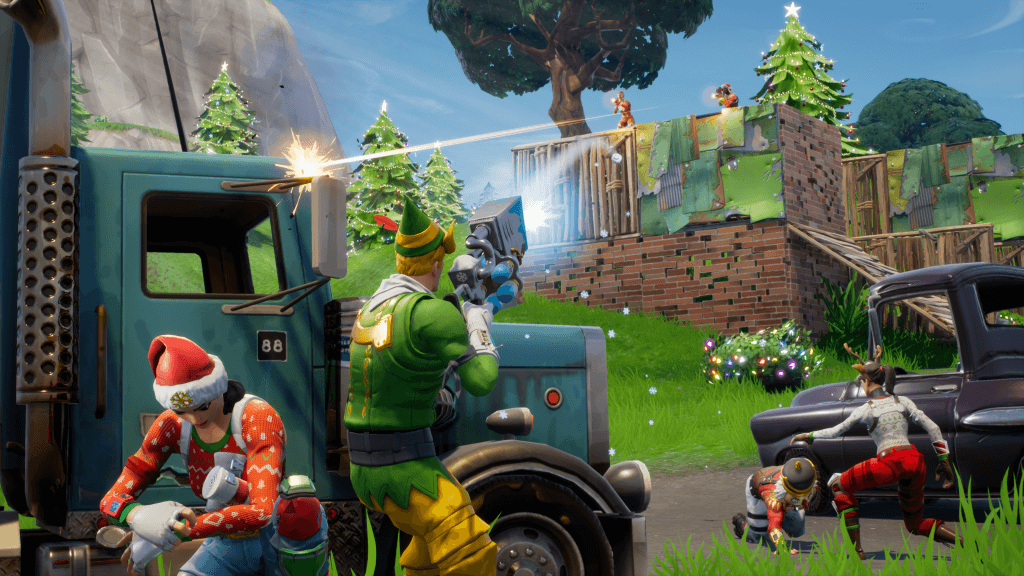 The Fortnite Winter update 1.11 starts today on PS4, Xbox One and PC, and sees the introduction of the much-anticipated Christmas Event.

Available to download on December 14, Epic Games confirms that the new Fornite update features a ton of new stuff.

“We have a snow-packed update for you in our V.1.11 patch … we have “The Fortnite Guide to Holiday Survival” Winter Event for Save the World, featuring global inventory, a new questline, holiday heroes, weapons, and an event currency store (hype!),” writes the developer.

Let’s hope the Fornite servers can cope with the hoards of players!

In the store there’s a ton of new event items that you can purchase, including new hero, Sarah Claus and Skirmisher Edge.

Complete any mission to bag some seasonal gold, and grab something new from the store as items change each week throughout Season 2.

Players will also be able to take advantage of the new inventory management, which allows you to access your stuff from the main menu rather than just within a mission.

When does the Fortnite Winter update begin?

Fortnite Battle Royal Season 2 starts on December 14, and you can enjoy a Snowball grenade launcher, a festively decorated Battle Bus and surprise gifts that you’ll find by searching the island.

With the Season 2 Battle Pass, you can also earn new emotes and emoticons and enjoy two new quests each day.

In the Fortnite Winter Update, Epic Games has also deployed a number of gameplay fixes relating to weapons, animations and audio.

In the Fornite Holiday Survival Event the aim is to “help Ray bring the holiday spirit to everyone in the husk-ridden world in this new event questline.” Just log in, and get ready for your mission alert!

Are you ready for the Fortnite Winter update?