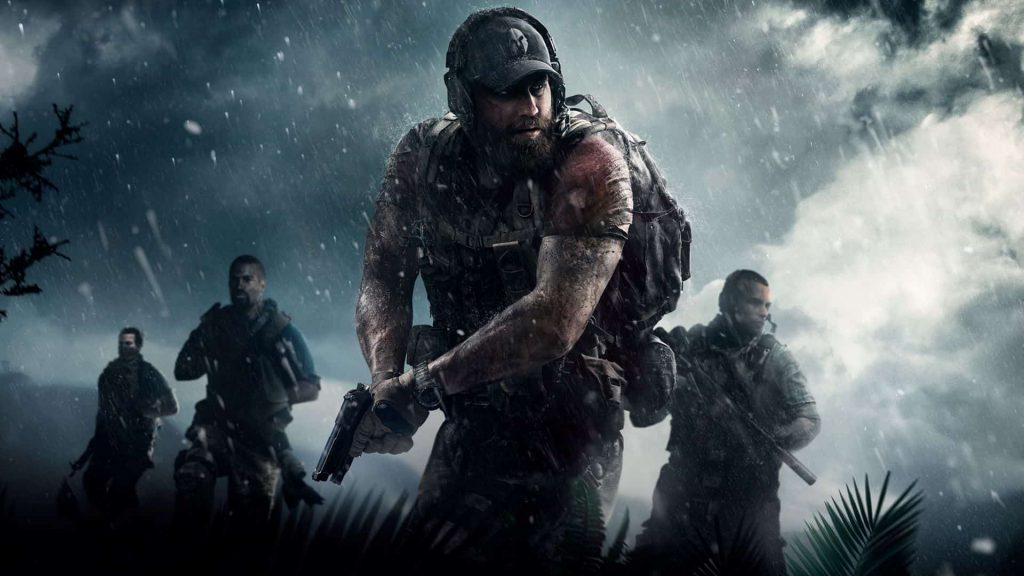 Ghost Recon Breakpoint has leaked ahead of Ubisoft’s planned livestream event tomorrow, where the French publisher is set to unveil a brand new Ghost Recon title.

According to information originating from Game Pressure, Ghost Recon Breakpoint will launch for PlayStation 4, PC, and Xbox One on October 4, and will take place a region known as Aurora, which is a fictional Pacific Island. The main antagonist is reportedly known as Cole D. Walker, and will be portrayed by John Berenthal, who previously appeared in Ghost Recon Wildlands’ Operation Oracle.

The leak suggests that Ghost Recon Breakpoint will be a story-driven affair, and supports up to four players in co-op. Walker commands an army of weaponised drones, and appears to have bumped off Holt, Midas, and Weaver. In other words, it’s a sequel to Wildlands.

Ubisoft is also flogging a Wolves Collector’s Edition of the game, which is exclusive to its online store. It features a 24cm figurine of Walker, a map, art work, the Year 1 Pass, Ultimate Pack (extra missions, vehicles, cosmetics and other bits and bobs), plus the chance to play the game three days early.

Nothing official has been confirmed by Ubisoft at this point, so keep that in mind. However, the reveal is set for tomorrow at 7.30pm BST, so it won’t be long before we hear more info.

At this point, it’s probably safe to assume that many people were expecting Ubisoft to announce a new Splinter Cell game, seeing as how it’s been over five years since the last instalment. There’s a chance, however, that they may be saving that particular reveal for E3 next month.

Ghost Recon Wildlands came out in March 2017 on PS4, PC, and Xbox One.