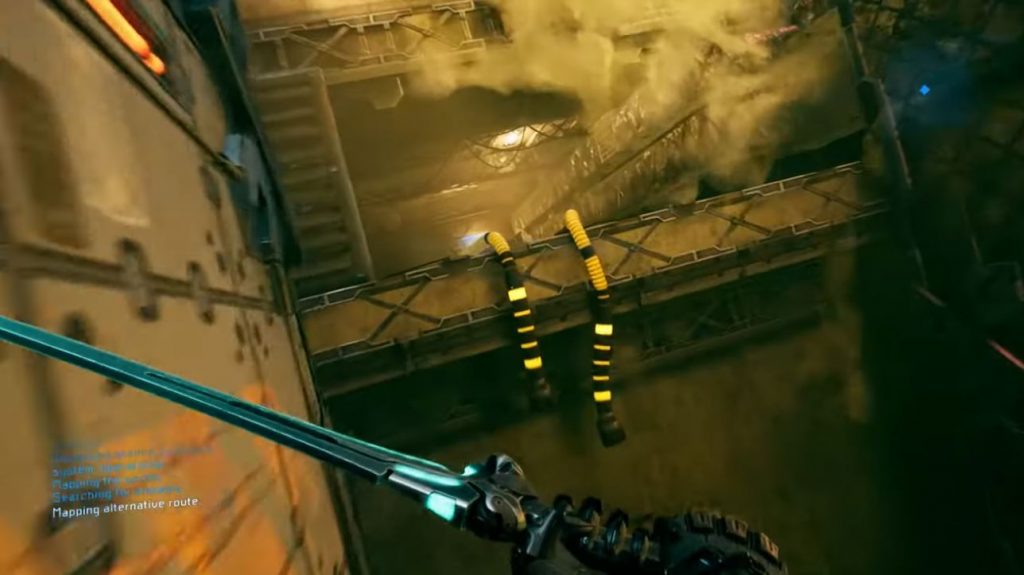 Earlier this week, One More Level and All In! Games announced Ghostrunner, a fast-paced, melee action game that meshes the traversal of Titanfall, the powers of Dishonored, and the setting of Cyberpunk into one game. And, now we have 5 minutes of Ghostrunner Gameplay and it looks fantastic.

The Ghostrunner Gameplay appears to be taken from the opening of the game and gives us a nice look at the game’s combat, where everything (including you) dies in one hit. We also get to see some wall running and swinging through the neon-lit cityscape the game is set in.

The gameplay also gives us a look at the ability to slow down time, dodge out of the way, and zip towards an enemy at breakneck speed. Simply put, this gameplay is phenomenal and I can’t wait to see more from Ghostrunner.

You can watch the gameplay below:

We haven’t known much about the game up until now, thanks to a new description of the title from All In! Games (found by Gematsu):

Climb a great tower-city, humanity’s last remaining shelter. Slay your enemies as your blade slices through trouble while delivering bone-crushing one-hit kills. Bullet-time mechanics give you an edge in fast combat. Fight both in the physical world and in cyberspace as you run across walls and slow down time. As you advance up the tower, secrets are revealed. When you realize that you’re being hunted for the tech under your skin, the clock starts ticking on a race to uncover the mystery behind the structure. Solve the riddle or be killed—there is no other option.

Ghostrunner has been the best surprise of Gamescom for me and it has quickly become one of my most anticipated games of 2020.