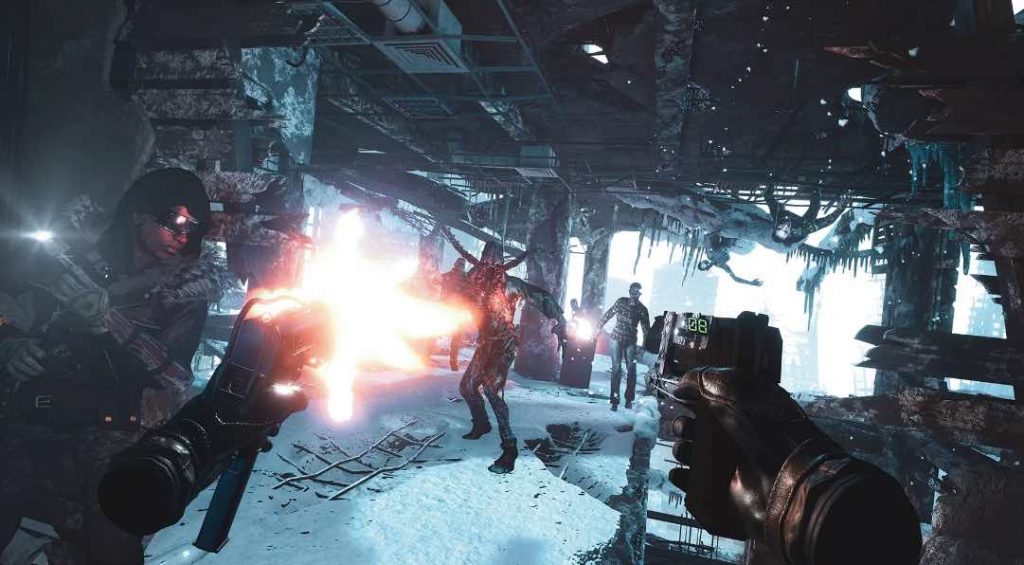 Sony had more to show for PSVR folks than just LA Noire: The VR Cases. One of those games was After The Fall, a brand new action title from Vertigo Games, the same folk who brought us zombie FPS Arizona Sunshine.

You can catch the official blurb and announcement trailer below:

Scheduled to launch in 2020 on PCVR, and now also announced for PSVR, After the Fall combines an unprecedented shared-world for VR players around the globe, a cinematic and atmospheric campaign, action-packed gameplay for both solo and multiplayer gamers, and epic endgame built from the ground up for VR.

After the Fall offers a cinematic campaign and seamless multiplayer experience, built from the ground up for VR. The shared-world action FPS with RPG elements lets players scavenge the ruins of the 80’s civilization, utilizing what they find to craft an arsenal of guns and close-combat weapons, allowing them to experiment and play around with different combat styles. Players wield devastating powers with real-life movements in a raging fight for survival against the forces of nature and the wretched Snowbreed.