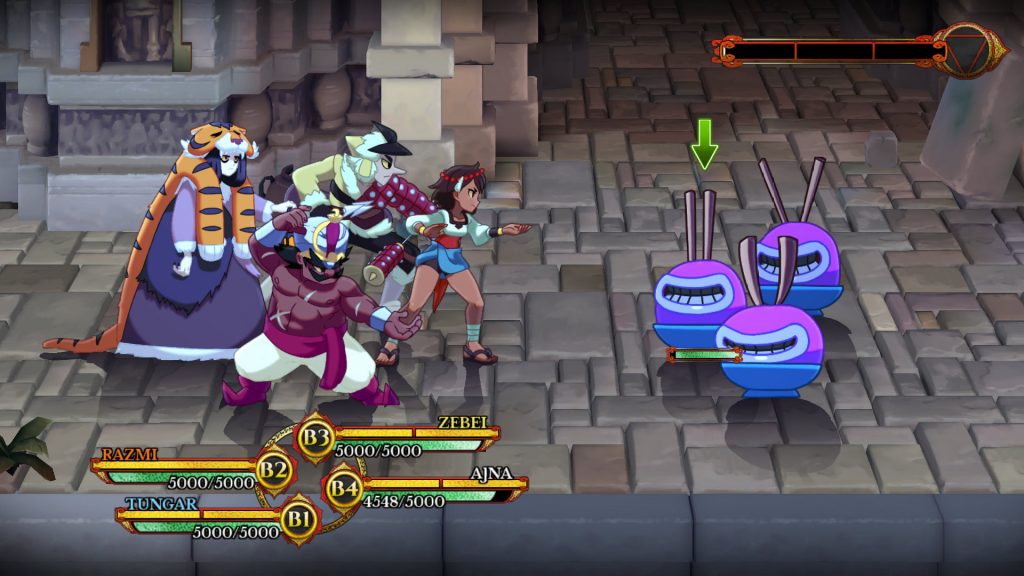 The Indivisible Release Date has been announced for PS4. The Action, RPG from Lab Zero Games and publisher 505 Games is set to arrive on PS4 in October.

The Indivisible Release Date has been confirmed as October 8, 2019, in North America and October 11, 2019, in Europe.

Indivisible is a party-based fighting game that has been in development for quite a while now, but it is finally set to launch. Below you can find an overview of Indivisible from 505 Games themselves, as picked up by Gematsu:

Created by Lab Zero Games, the developers behind the million-plus selling cult-favorite fighting game Skullgirls, Indivisible features ultra-rare, real-time party fighter mechanics. Spanning a fantastical world with dozens of playable characters, a rich storytelling experience and gameplay that’s easy to learn but difficult to mater, Indivisible revolves around Ajna, a good-natured tomboy with a rebellious streak. Raised by her father on the outskirts of their rural town, her life is thrown into chaos when her home is attacked, and a mysterious power awakens within her.

The game’s huge fantasy world, characters and aesthetic design are inspired by various cultures and mythologies. Throughout Ajna’s quest, she’ll encounter many “incarnations”; people she can absorb into herself and manifest to fight alongside her. There are many incarnations to recruit, each with their own story and personality. By uniting people from faraway lands, Ajna will learn about herself, the world she inhabits and, most importantly, how to save it.

You can also catch a brand new trailer for the game below:

Indivisible is a title that has long been in development, with a beta being held for the game all the way back in June 2018. The game’s intro cinematic is being created by some of the animation studios behind the Kill la Kill anime.