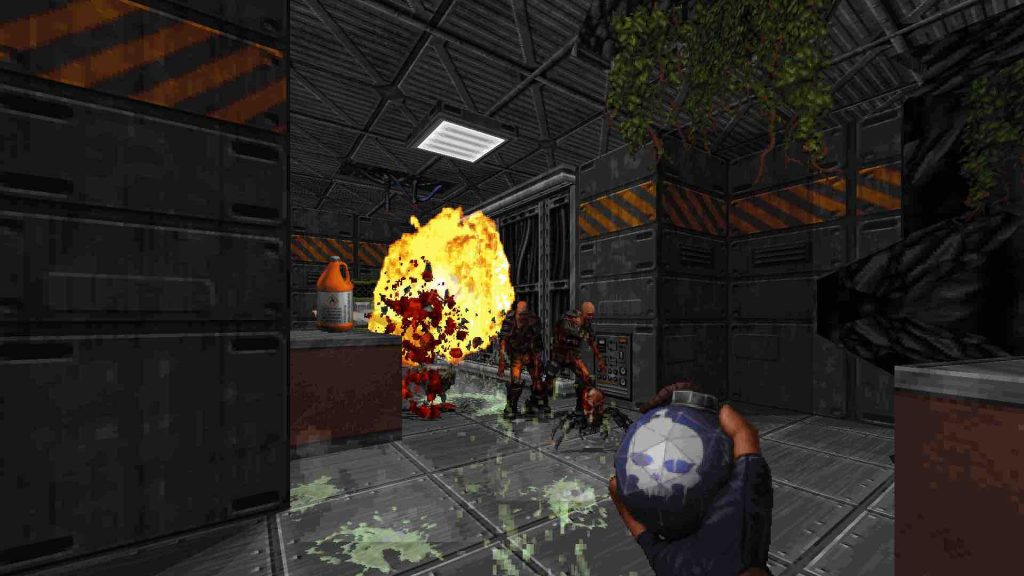 Ion Maiden, the first-person shooter from Duke Nukem 3D publisher 3D Realms has been given a new name – all behold Ion Fury! (Thanks Iron Maiden) Yep, Ion Fury PS4 is going to be a thing folks!

Using the exact same game engine that Duke Nukem 3D did all those years ago (literally 23 years ago!), what’s old is new again as Ion Fury hopes to ride the new wave of retro-shooters spearheaded by the likes of Strafe, Prodeus and Wrath: Aeon of Ruin.

Ion Fury puts players in the boots of Shelly “Bombshell” Harrison, who with a wonderfully exotic array of sci-fi weaponry, must lay murderous and messy waste to the villainous Dr. Jadus Heskel and his army of cyber-cultists.

With weapons such as the Bowling Bombs and Loverboy Revolver, Harrison is easily capable of reducing her foes to a pile of splattered, dripping crimson gibs within a matter of seconds. Ion Fury also eschews the current trend for linear FPS level design too, with multiple paths available through every level and a wide range of hand-crafted levels, sprites and textures.

Though Ion Fury willingly embraces old tech, so too does it crib from more contemporary shooters, allowing players to pull off headshots and other feats that just wouldn’t be possible back in the day.

Nonetheless, Ion Fury looks to be a fast-paced shooter romp like your mama used to make, stuffed with gore, secrets and enough wise-cracks to keep Ryan Reynolds up at night. Basically, if you enjoy the likes of Bulletstorm and the Shadow Warrior games, you’ll find much to enjoy in Ion Fury.

Though the PC version of Ion Fury exits early access next month, the PS4 version of the game is set to release sometime after with a release window to be confirmed.

Until then, you can catch the latest trailer for Ion Fury below: